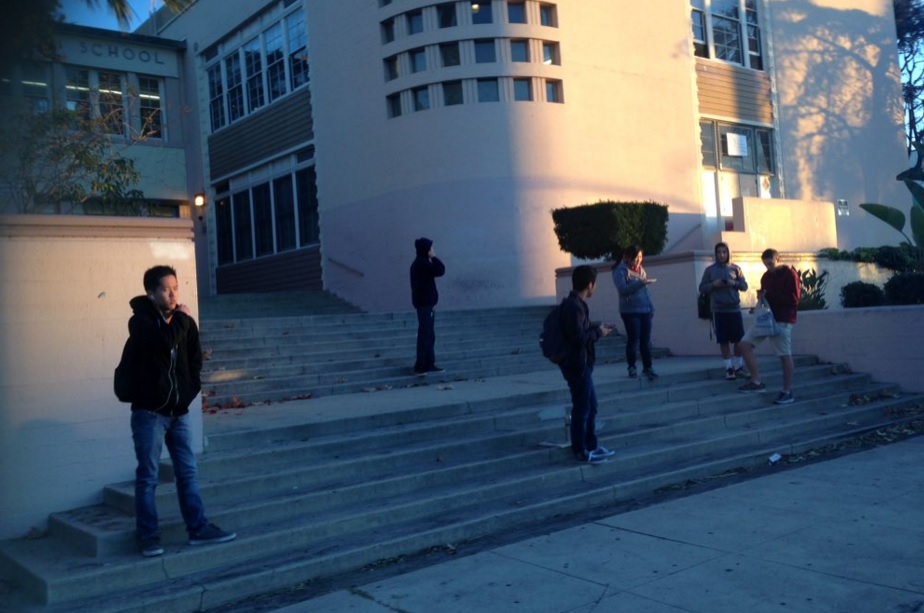 The closures applied to all LAUSD campuses, more than 900 of them. The district, the nation’s second biggest, serves more than 700,000 students

School officials told parents to keep their kids home and retrieve those already taken to school, meeting them at the campuses’ reunion gates. Students will be supervised until they are picked up, officials said.

Board of Education President Steve Zimmer said the district was acting “out of an abundance of caution.” He urged parents to negotiate time off to be with kids and employers to show maximum flexibility.

Cortines told a news conference he has ordered all campuses searched today. Other LAUSD officials spoke as well.

“In an abundance of caution, as Superintendent Cortines has indicated, we have chosen to close our schools today until we can be absolutely sure that our campuses are safe.”

Cortines said he wants administrators to work with law enforcement to make a plan to search the campuses and facilities today and report back to him. He said parents have been asked to pick up their students, and he vowed that “no child will be left alone.”

Cortines said he ordered the closures because he was not going to take a chance given recent terror strikes in Paris and San Bernardino.

“I think it’s important to take this precaution based on what has happened recently and what has happened in the past,” he said, speaking less than two weeks after a couple — a U.S. citizen of Pakistani background and his Pakistani wife — killed 14 people in San Bernardino in the deadliest terror strike on U.S soil since 9/11.

Confusion surrounded the treat that triggered the closures. It was initially thought to have been received by a sxhool board member, but officials later said the threat came in electronic form and was made to numerous campuses. As a result, they made the decision to close them all for the day.

“The threat is still being analyzed,” Zipperman said. “We have chosen to close our schools today until we can be sure our campuses are safe.”

The closures came on a day when finals were scheduled at high schools, leading some students to speculate that a student fearing exams was involved, according to broadcast reports.