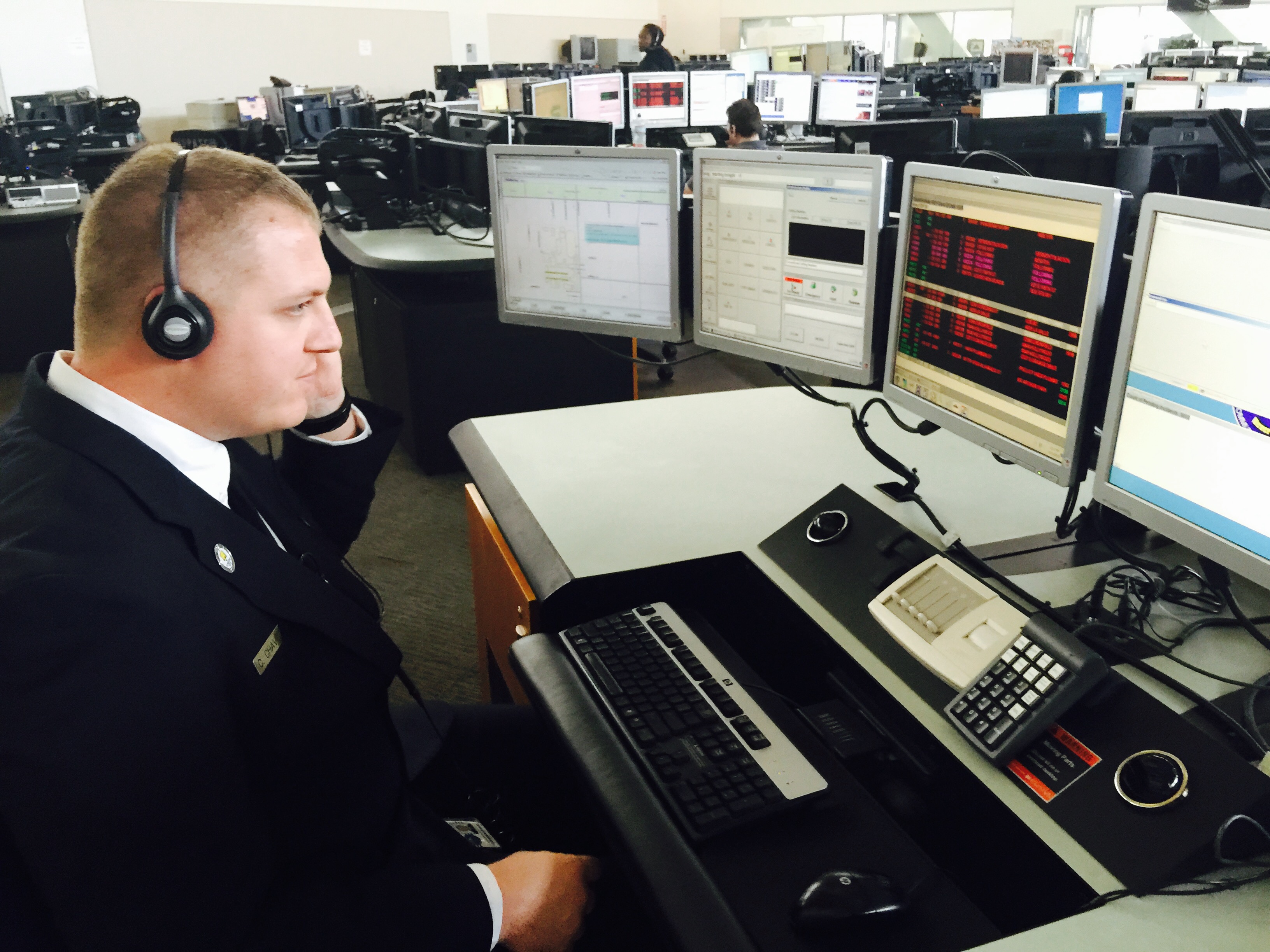 When there’s something strange in the neighborhood who are you going to call?

You might be surprised, but 911 is not always the answer.
At the LAPD Metropolitan Communications Dispatch Center at 100 N Los Angeles Street in Downtown natural light filters through a row of windows that wrap around the top of a giant room. Operators sit at desks staring at the five computer monitors in front of them, headsets on. The calm in the center belies any number of emergencies and panicked people each operator might be dealing with.

“All the action is at the other end of the line. Our job is to remain calm,” says PSR II Yolanda Arroyo from the Community Relations Unit of the LAPD Communications Division.

“There’s just under 4 million people in Los Angeles so that’s almost like saying everyone in Los Angeles might call 911 at least once in a year. That’s a lot of calls,” says Arroyo.

“People will call for all things. They think that 911 is a solve all phone number,” says PSR II Chance Chavez (pictured above) from the Community Relations Unit of the LAPD Communications Division. Chavez explains that when a call is made to 911 for something that is not life threatening the caller could be “taking the opportunity from somebody who might be calling 911 for somebody who is having a heart attack, or may be there is a shooting in progress, and now the line is being blocked off by somebody who is calling about a loud party,” says Chavez.

Chavez says that calls Dispatch receives from the Venice area that are examples of what would be better serviced through the non-emergency line, involve complaints of loud parties, or loud radios, and that, “often people will call about the noise coming from the drum circle.”

While these types of things can be annoying for neighbors, because they are non life threatening, “we ask that people refrain from calling 911 and dial the 877 ASK LAPD phone number instead,” says Chavez.

The non-emergency, 877 ASK LAPD line “will get you to a live operator that can take the call and still get the police out there but you will not be tying up the 911 system and tying up somebody that possibly has a life threatening emergency from getting though,” says Chavez.

While Chavez says no one should ever hesitate to call 911 in the case of a life threatening emergency, callers are encouraged to call “that non-emergency number for something like the drum circle being too loud. 877 ASK LAPD is a perfect number to dial if you have any of those types of non-threatening things,” says Chavez.
“If they’re being a nuisance on the boardwalk, just being loud, or they’re harassing -trying to sell things, you can call 877 ASK LAPD.

Of course if they commit some sort of a crime that could be construed as felonious or a crime where there is some kind of physical assault or somebody’s life is in danger of course call 911,” says Chavez.

Chavez says that sometimes callers think they can beat the system.
“People think that if they call the non-emergency number and they’re waiting two or three minutes that “OK I’ll just hang up and call 911 and I’ll get through to somebody right away,” in fact you might get somebody right away but you will be connected right back to the 877 ASK LAPD line because it’s not of a life threatening nature. But if you were to call 911 and be transferred, you’re still tying up a 911 line because you’re still in the process of that transfer mode until the phone is answered.”

While Dispatch knows that waiting times can be longer on the non-emergency line, Chavez explains that the reason for this is because, “we have to make sure we staff our 911 and our radio positions before the non-emergency gets answered because those are of life threatening urgency.”

Chavez says that while people may believe calling 911, as opposed to the non-emergency line, will result in their complaint being dealt with quicker, this is not the case. Sometimes officers may be on their way out to a call  when they are redirected to an urgent, life threatening emergency.

It is a matter of managing the available resources.

“Unfortunately we don’t have one officer for every call that comes in, it’s just unrealistic, so the officers have to make sure they go out to things based on priority. Life threatening things would be a higher priority than a loud nuisance on the boardwalk,” says Chavez.

In some cases 911 operators have experienced frustrated callers who, having waited too long for police to respond to a noise complaint, will call back and claim a more serious crime is underway.

Chavez uses a dramatic example of how one caller’s lie had dire consequences. He explains that a caller, in an effort to speed up police response time to a noise complaint  chose to tell the dispatch operator that there was somebody at the party with a gun and that shots had been fired.

Chavez explains that while it led to police getting to the noisy party quicker, officers approached the house with very different set of expectations, and their guns raised. Ultimately, an innocent person ended up loosing their life because due to false information, the police had arrived expecting to find a gunman at the scene.

Chavez says that a fatal mistake like this where, a caller misleads law enforcement, can result in that caller being held liable.

“It’s always best to remain truthful and always understand that the police will come, it may take time but the city is really big and we do try to get the officers out there as soon as possible.”

If you are ever unsure of what number to call, “please call 911 and we can always walk you through it and differentiate for you whether or not you should stay in the 911 system or be connected over to the non-emergency number,” says Chavez.  “If you have a life threatening 911 emergency, of course, don’t hesitate to call 911 but we do ask that, please call that non-emergency number for something like the drum circle being too loud.”

If you ever do find yourself in the face of a life threatening situation and having to call 911, first and foremost it is important to tell the operator where you are located, followed by what service you require, police, fire, or ambulance.

Also if you are calling from a landline the operator is able to pinpoint your exact location. If you call via cell phone that can not, so it is even more important to be able to tell the operator where you are.
However if you are not in the midst of a life threatening emergency remember who you’re going to call, 877 ASK LAPD.