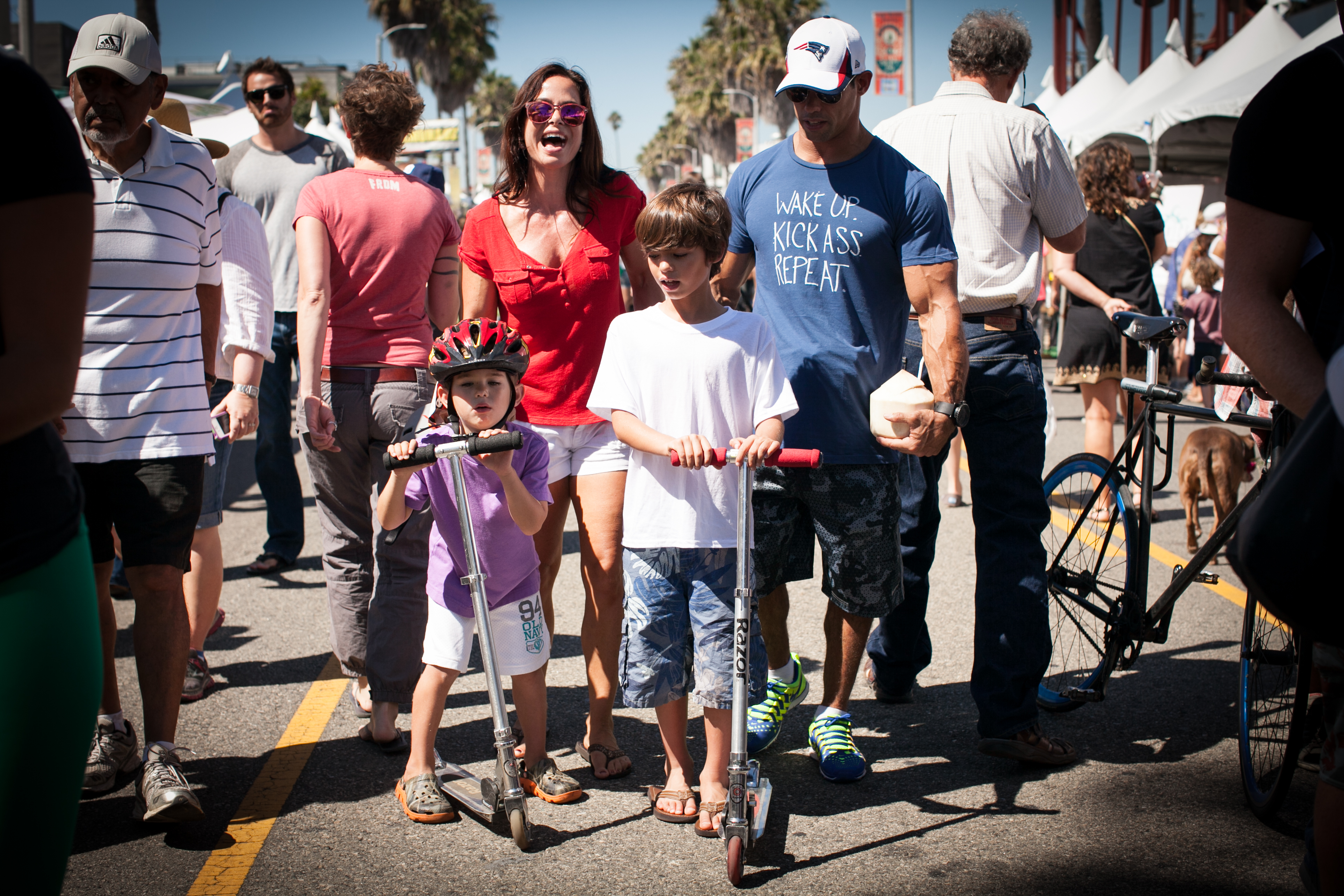 Venice, get ready to party! It’s on again – the Abbot Kinney Festival is taking over the street. Abbot Kinney Blvd. shuts down traffic and opens up to those ready to join all the fun of a mile-long street party Sunday, Sept. 27 from 10 am-6 pm.

The festival is a free event that gives back to the community.

“Yes it’s a big party, but it’s more than that,” said Donna Humphrey, chair of the Abbot Kinney Festival Association, the non-profit group that produces the festival each year. “Any money spent at the festival goes directly back to the community to support Venice-based, non-profit organizations. Primarily those that support the youth community and the arts,” Humphrey said.

Ticket sales for any of the three beer gardens help raise money “that goes directly back into the Venice community in the form of grants,” Humphrey said. As does money raised at the always-popular Kid’s Quad, a family friendly zone featuring rides, games, and activities at Westminster Elementary.

Some of this year’s grant recipients include Venice High School’s STEMM Magnet, Venice Arts, and the Children’s Lifesaving Foundation.

Now in it’s 31st year, the Abbot Kinney Festival has always attracted a large mix of vendors. This year there will be over 300 vendors joining the food trucks and booths that will line the street.

This year Beyond Baroque will host the spoken word stage. Plus, there will be three music stages: the Andalusia “Locals” stage presented by Matt Ellis, the Broadway Stage presented by Beacon Street Studios, and at the Brig’s Palms Stage with DJ’s spinning all day.

At 2pm on the Andalusia Stage Councilmember Mike Bonin will present Spirit of Venice Awards.

“At this year’s awards, we will honor Sue Kaplan, Edizen Stowell, Cecilia Castillo, and Challis MacPherson. They are all people who have all made a positive impact on the Venice community,” Humphrey said.

Street Art Projects is a grassroots Venice-based initiative for art in public places. The Street Art Festival is a contemporary version of the historic Italian tradition of the “Madonnari” where traveling artists would redraw the great works of the renaissance masters on city streets. At this year’s Abbot Kinney Festival a number of contemporary artists will be creating original chalk drawings.

While there will be valet parking available at points along Electric Ave. and one on Venice Blvd., arguable the most Venice-like way to enjoy the day is to ride a bike. There will be two bike valet locations, one at Venice and Abbot Kinney Blvds., the other at Abbot Kinney and Main St.