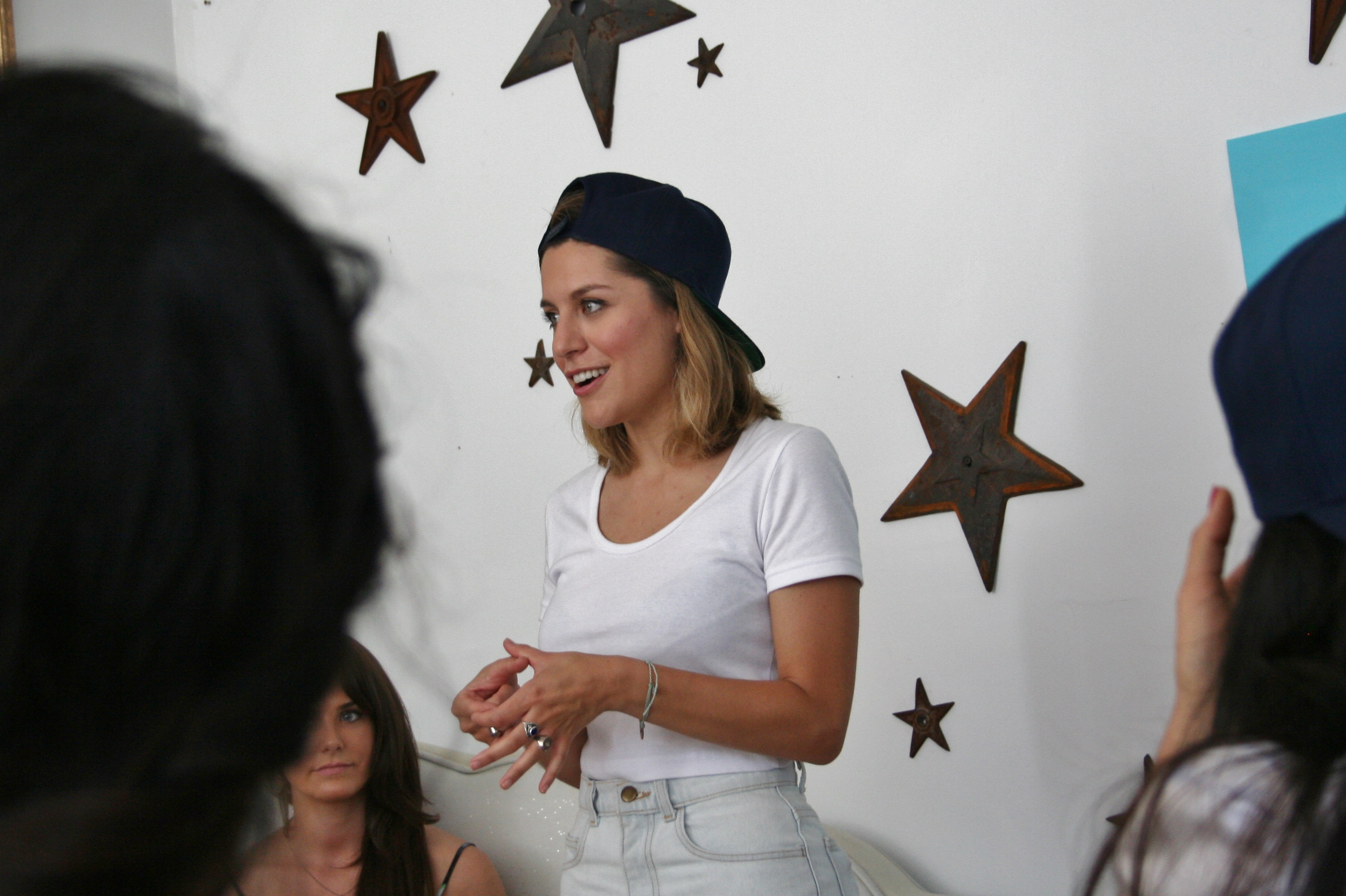 There’s a new Venice-born, online community that is helping people around the world heal their broken hearts. It’s called Mend, and founder Ellen Huerta was inspired to start the site after her relationship ended.

“Mend started with a break up. It wasn’t necessarily the worst breakup I’d gone through, but I think there were a lot of circumstances around it that made it harder,” Huerta said.

After spending a lonely night searching for some kind of support group online, Huerta found nothing useful.

“I was searching for breakup advice, heartbreak help, online. I don’t remember the exact search terms, but they were probably pretty embarrassing. It felt like a lot of the content was really generic and cliche. It wasn’t very helpful. It didn’t resonate with me. So Mend started as a really simple idea. I thought there was a space for really helpful, authentic content for people. Content that was not ex-bashing or trying to get you back with your ex, but more focused on helping you put yourself back together and move forward,” Huerta said.

“The New York Times has this great column called ‘Modern Love’ and it has really raw authentic stories about love and that’s been my model from an editorial perspective. Because I felt like a lot of the content I had found online was so cliche. It almost made me feel worse,” she said.

While people are more often than are not willing to plan their finances, fitness, or family, Huerta said it seems people tend to step more blindly into love. “No one really thinks about relationship fitness,” she said.

Mend aims to get people thinking about this making it accessible to everyone. Glamour Magazine reported Katy Perry hired a heartbreak coach after the end of her marriage to Brand, which allegedly can cost up to $10,000 a day.

“My vision is to make emotional support accessible to everyone. Right now, if you have a lot of money you can hire a very expensive therapist, but I’m interested in making that experience available to someone who really can’t afford a $300 an hour therapist. Which is really the majority of people,” Huerta said.

Huerta also hopes Mend will help people reluctant to get therapy because they might not think their relationship issues are such a big deal.

“There’s a bit of a taboo around therapy I think. Even for me, I wasn’t quite ready to go to therapy after my break up which is why I went online and was looking for online support because there was something in my brain that was like, do you really need to see a therapist? This is just a break up, this isn’t something major. It’s not like someone died … but breakups are actually no small thing,” Huerta says, explaining that a person’s brain experiences mappable, physiological changes after a break up. “The science of heartbreak is really interesting. It’s basically like going through withdrawal,” she said.

At the beginning of Mend, “there were two things people were asking for; they were asking to talk to someone and then they were asking if there was any type of program. A lot of people are looking for some kind of structure. They want a 10-day retreat or a 5-day program. People really want structure when they’re going through a break up,” Huerta said.

Inspired to create an easy to follow day-by-day plan for the heartbroken to follow, Huerta put together a 10 day heartbreak cleanse.

“It’s a content bootcamp, and it’s mind, body, soul. It incorporates meditation, and yoga, and a bit about the science of love and heartbreak, and some personal stories, too,” Huerta said.

The other addition to the site was to connect people to support.

“I brought on three coaches, relationship and love coaches, who had experience working people through divorces and breakups. Our mission has always been to mend broken hearts” Huerta said.

Eventually Huerta saw a change in the way people where using the site. Some people just wanted someone to talk to, with or without a recent breakup.

“I realized there was an opportunity to connect people to emotional support at every stage in a relationship lifecycle not just when you’re at the crisis point and a relationship has ended,” she said.

Initially Huerta bootstrapped the company herself, but she is now at the stage to take Mend further to raise a first round of funding.

“I’m working on an app, something that is similar to Lumosity for relationships. So based on who you are and data that you enter in, you would get really customized support in the form of content, product, and service recommendations,” she said.

Mend has evolved rapidly in the 10 short months since the site was launched. But what was once about mending broken hearts has shifted. Huerta now wants to help people have better relationships, not just get over them.

A science major in college, Huerta is an alumna of Google’s Boston office but decided to leave the company in 2013 just as she was coming up on her five-year anniversary.

“I felt like I was at a crossroads. I could stay and it would be a happy life, but I kind of knew what my future would look like and there was an entrepreneurial bug in me that I couldn’t quite get rid of,” Huerta said.

Having made numerous trips down to SoCal while at Google, Huerta found she had fallen in love with Venice.

“I moved here two years ago. The pace of my life was so frenetic in San Francisco, I grew up in a small town outside of Houston and I just really loved the slower pace in Venice,” Huerta said.

Huerta also knew she had to be somewhere close to where the tech world action was.

“I think in the back of my mind I realized that if I wanted to build a company on my own, which is what I wanted to do long term, there was definitely going to be a tech component to it because everything these days has tech involved with it now,” Huerta said.

So, Huerta packed her bags and headed south for a sea change, a move more about lifestyle than about making waves in Silicon Beach – but the Los Angeles tech scene had it’s draw cards.

“Because there’s so much uncertainly and stress associated with starting a company, I wanted to be in a place that made me feel really grounded, and Venice is definitely that place for me,” she said. “Even on the worst days I can just walk to the beach and feel so much better.”

When it come to a bad day in your relationship, however, when the beach just isn’t going to cut it, there’s always Mend.

Visit www.letsmend.com to see what the buzz is all about.