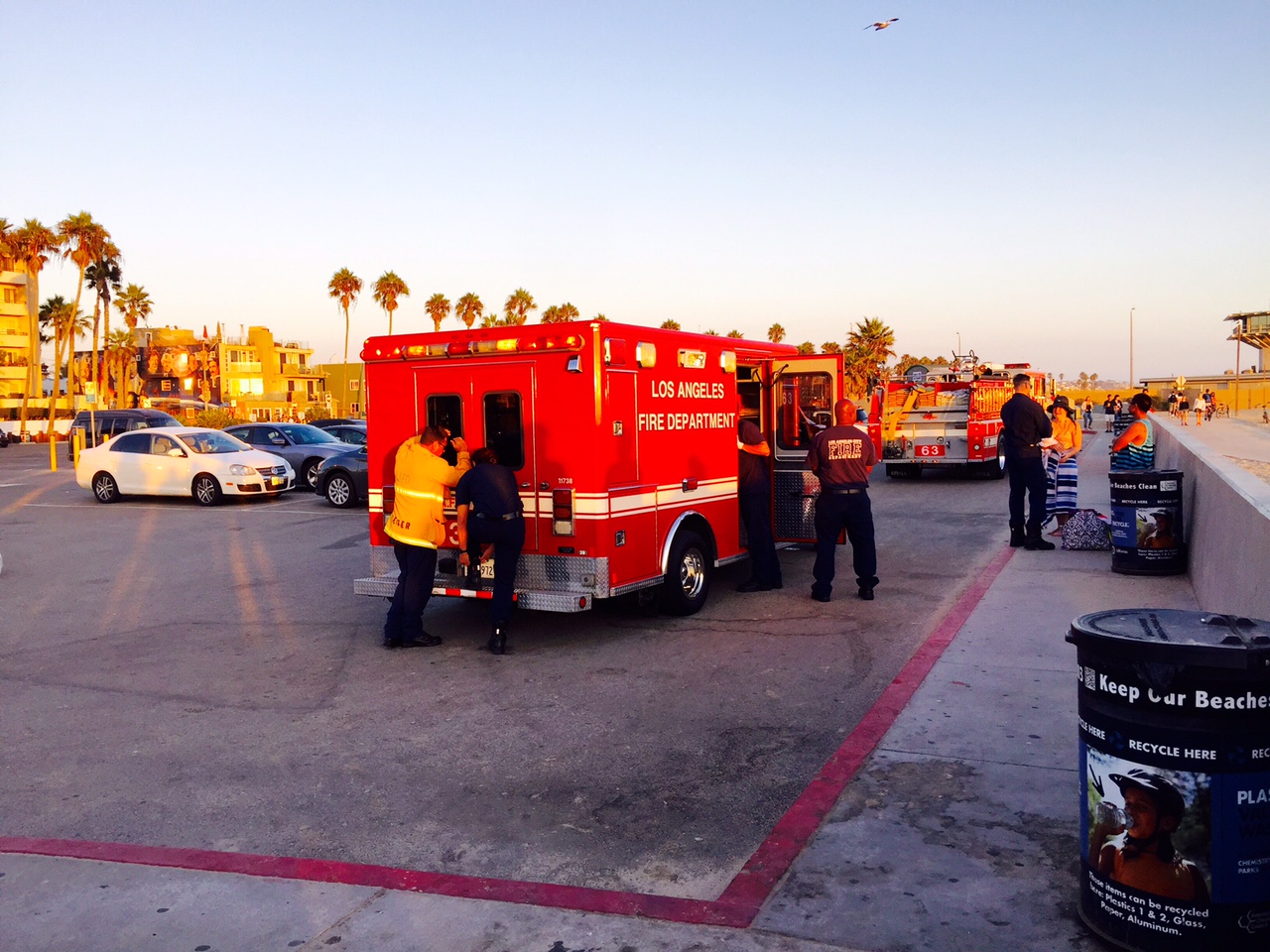 A 28-year-old man has died after being pulled unconscious from the water at Venice Beach on Thursday evening.

The man was found about 6:20 p.m. off the 1900 block of Ocean Front Walk and taken from the water in cardiac arrest, said Erik Scott of the Los Angeles Fire Department.

Witness Al Covelli who was holidaying from Brooklyn, said the man had been in the water for about 40 minutes before life guards were able to pull him out of the water.

“I think they were giving it all they give the guy. It was a pretty heroic effort. There were it least 12 lifeguards out there in the end, just diving in unison. They were definitely using every bit of training they ever had,” said Covelli.

“Lifeguards and firefighters rendered advanced lifesaving measures before the man was taken to a hospital,” said Scott.

Covelli said it seemed the man was not the only one having trouble in the water and that a strong tide may have been responsible for the danger.

“The tide was going out and I think that was the problem the person was just taken out too far,” he said.

The strong currents meant Covelli did not swim in the water long.

“I was only out for about 20 minutes to half an hour, just riding the waves, but it was a real strong current today,” Covelli said.

Another witness said one lifeguard perform

ed CPR on the man, without stopping, as he was taken from the beach to the ambulance.
The man was transported to Marina del Rey Hospital, but he later
died.