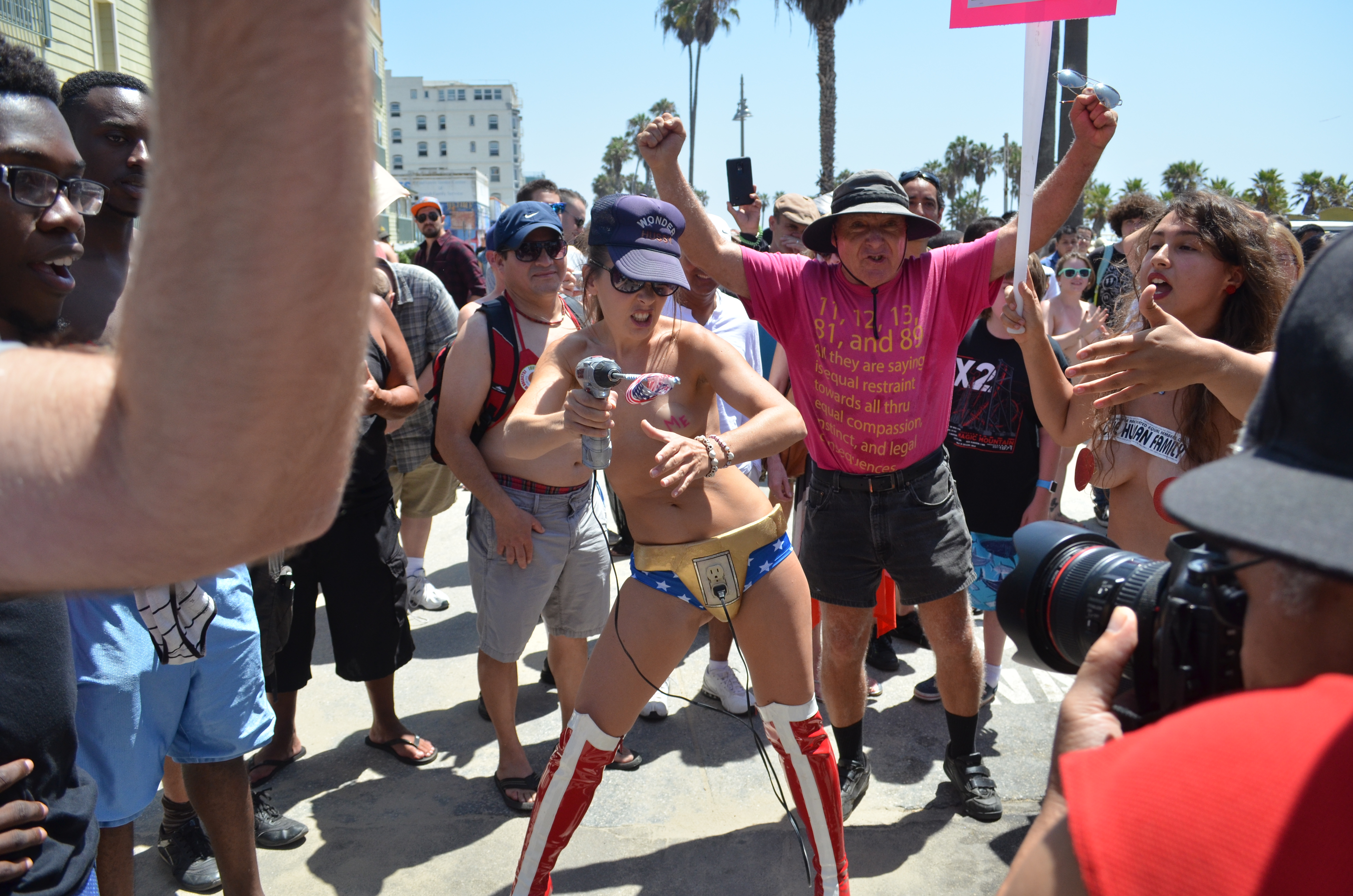 Men and women alike marched topless (save nipple pasties) Sunday along the Venice Beach boardwalk as part of an annual call for equal rights for women who want to go bare-breasted in public.

“We’re working toward freeing women’s nipples and obtaining equal gender topless rights that are enforced worldwide,” according to Lara Terstenjak, head of the Los Angeles branch of GoTopless, the sponsor of the event.

The annual topless march drew counter-protests from evangelists touting inflammatory picket signs and a throng of police and spectators. But the topless crusaders danced around their own protestors and commenced their march at around 2:15 pm, walking from the northern end of Ocean Front Walk to the center of the boardwalk at Windward Circle, where a rally was held urging lawmakers to allow women to go topless.

Similar marches will be held in dozens of cities across the country as part of the eighth annual GoTopless Day, organizers said.

On Friday night, organizers of the Venice march held a “pre-rally party extravaganza” in West Los Angeles, featuring a screening of the film, “Free the Nipple.”

Terstenjak noted that the Venice Neighborhood Council recently approved a resolution in support of women going topless, but such a change would require action by the city and the county.

“The Venice Neighborhood Council’s approval is a hopeful step forward after our eight years of activism on Venice Beach,” Terstenjak said. “Now it’s time for the city and county to follow up by making equal gender and topless rights a priority.”

For more information about the cause visit gotopless.org.