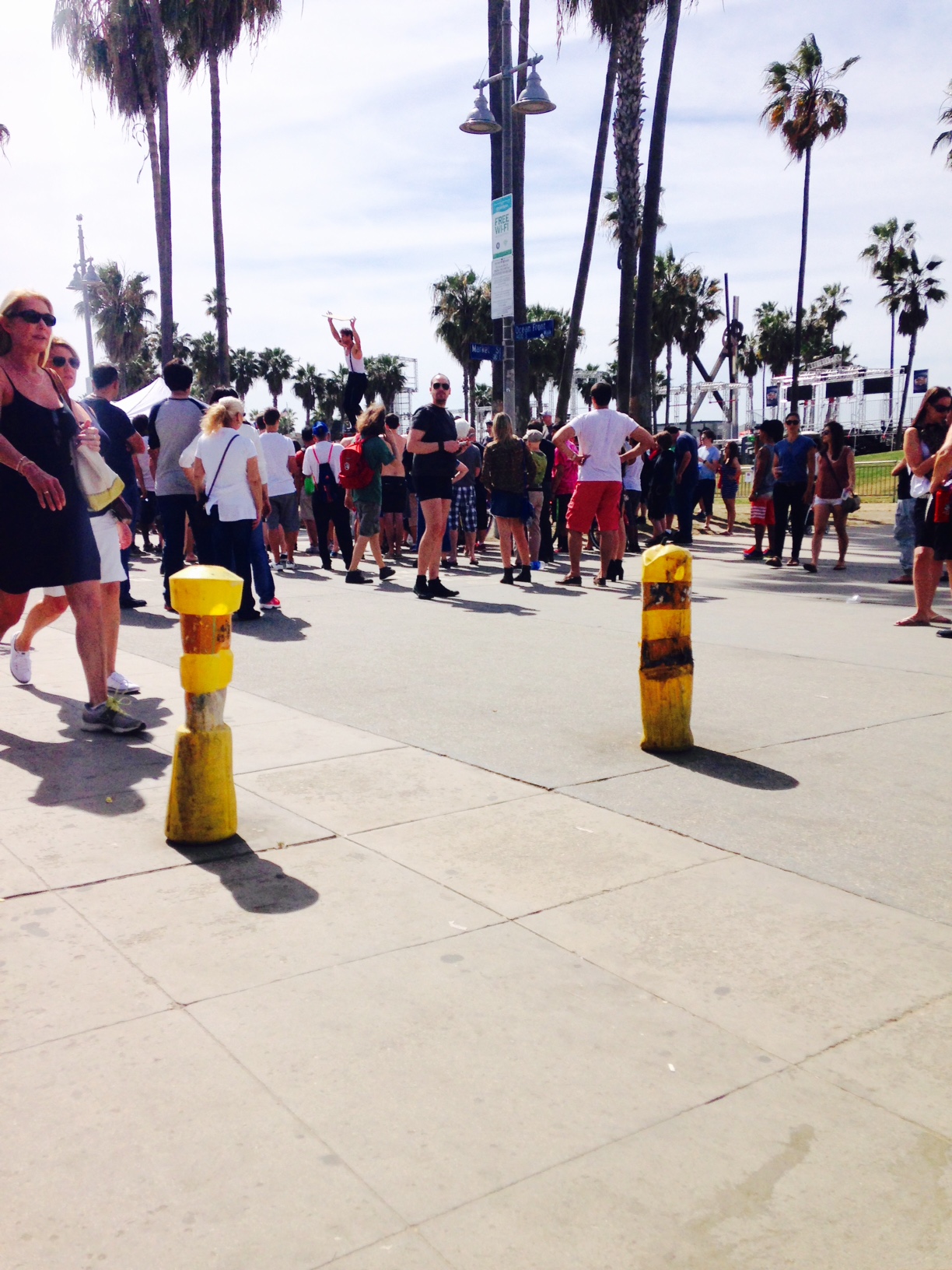 A man was stabbed after a fight broke out at the Drum Circle yesterday.

Onlookers called for 911 while the victim held his bleeding abdomen. After police arrived he was taken to hospital via ambulance.

So far his attacker has not been identified.

In other Boardwalk news, jury selection is expected to continue today in the trial of Nathan Louis Campbell, who is charged with murdering a honeymooning Italian woman and injuring more than a dozen others when the car he was driving steered  into crowds of people on the Venice Boardwalk.