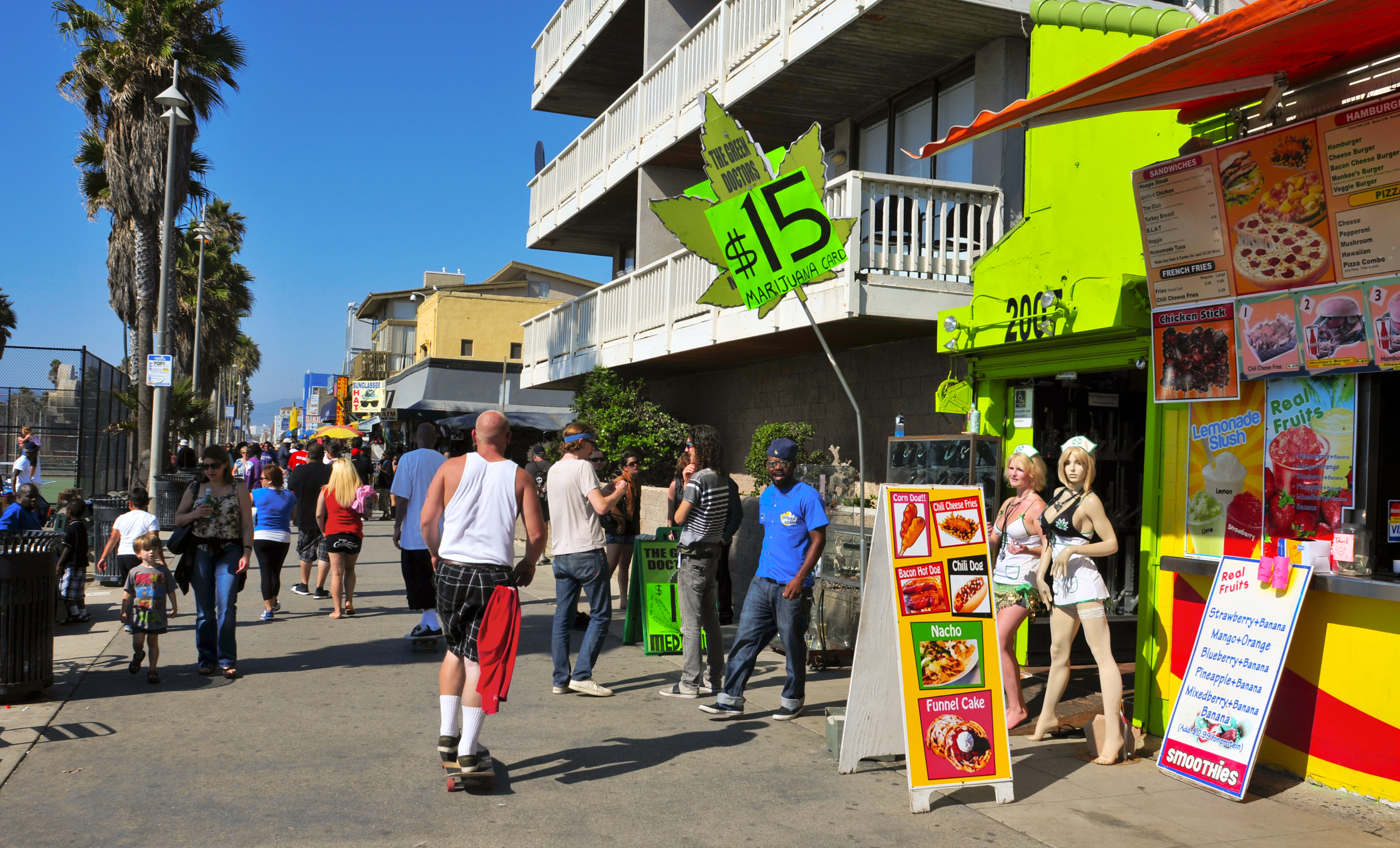 The package of amendments also would establish a buffer zone around residences and hotels throughout the City in which the City’s “no sitting, lying or sleeping” ordinance could be enforced.

“Currently Venice Beach, with an estimated 16 million visitors a year, is at risk of attack due to the ease with which anyone can leave unattended baggage for hours,” said Mark Ryavec, the president of the VSA.  “Unattended luggage is not allowed at LAX or Union Station and it also should not be allowed anywhere in the City where huge numbers of people congregate,” Ryavec said. “Our amendment would plug this hole in City law.”

Also included in the package is an amendment that would re-establish the City’s “no sitting, lying or sleeping on public rights-of-way” ordinance within 125 feet of any residence or hotel.

The ordinance has been largely unenforced for eight years as part of the “Jones Settlement,” an agreement between the City and several homeless individuals in Downtown’s “Skid Row” neighborhood to temporarily hold off enforcement between 9 pm and 6 am until additional housing is built to house the homeless.

Jack Hoffmann, a Market Street resident, said the application of the Jones Settlement to areas beyond Skid Row has created a nightmare in Venice, especially on and near Ocean Front Walk, which is known as the Venice Boardwalk.

“By encouraging the establishment of large encampments of mentally ill, drug and alcohol addicted, and criminally-inclined individuals living on our doorsteps, the City has endangered residents, visitors and those living on the street; abandoning people helps no one,” Hoffmann said. “Instead of forcing people to live with this danger and bear the burden the City will not accept, in Venice or elsewhere, the City should at least create a buffer zone around residences and hotels citywide where these encampments cannot remain while a comprehensive solution is developed.”

According to Ryavec the Jones Settlement does not preclude the City from passing – and then fully enforcing – a new ordinance that more narrowly tailors the sitting/lying/sleeping ban to those areas closest to residences and hotels.

“The settlement specifically states that the City’s agreement to temporarily not enforce the ban from 9 pm to 6 am does not apply to any ordinance adopted in the future,” Ryavec said.

Ryavec also noted that even after the City finishes building the 1,250 housing units required by the Jones Settlement, any enforcement of the present sitting/lying/sleeping ban could invite a new lawsuit since the City still would not have enough shelter beds to accommodate all those living on the street.

“If the VSA’s amendment is adopted, and the absolute ban is challenged again in court,” said Ryavec, “the narrower ban has a better chance of surviving because it is tailored specifically to protect residents and visitors where they live and sleep.”

In the letter to City officials, VSA said that by not enforcing the sitting/lying/sleeping ban the City has allowed a lawless situation to develop along the Venice Boardwalk and on nearby residential streets, as hordes of aggressive, opportunistic transients attracted by mild weather and the easy availability of drugs camp out on private and public property, committing a constant stream of assaults, thefts and burglaries, defecating and urinating in public, and harassing anyone who gets in their way.

(Ryavec noted that residents and visitors are not the only victims of these conditions; there is also a record of brutal transient-on-transient assaults.)

Ryavec referred in particular to a recent case that drew international media attention, in which a transient invaded a home two blocks from the beach while the resident was home, forcing her to hide on her roof until the police arrived.

David Krintzman, a walk street resident near the Ocean Front Walk encampments, said a robbery of his neighbor’s apartment had recently been committed in broad daylight by a transient who absconded with the neighbor’s laptop, clothes and other possessions.

“From a neighborhood safety perspective, I am very concerned about the transient encampment the City has permitted to exist at the grassy knoll and pagodas at the foot of Dudley Avenue as well as the encampments which extend several blocks north,” Krintzman said.

In another recent incident, three transients from Oklahoma stole a watch from a visitor while he was changing clothes in a Venice Beach restroom. When the visitor tried to take the watch back, the thieves threatened him with a butcher knife and pepper spray.  “The transients told police they were here because they had heard that Venice was a great place to be homeless,” Ryavec said.

“This culture of lawlessness has to stop and residents must have protection,” Ryavec said.

By Yo Venice Staff October 16, 2014
in Westside Wellness
Related Posts