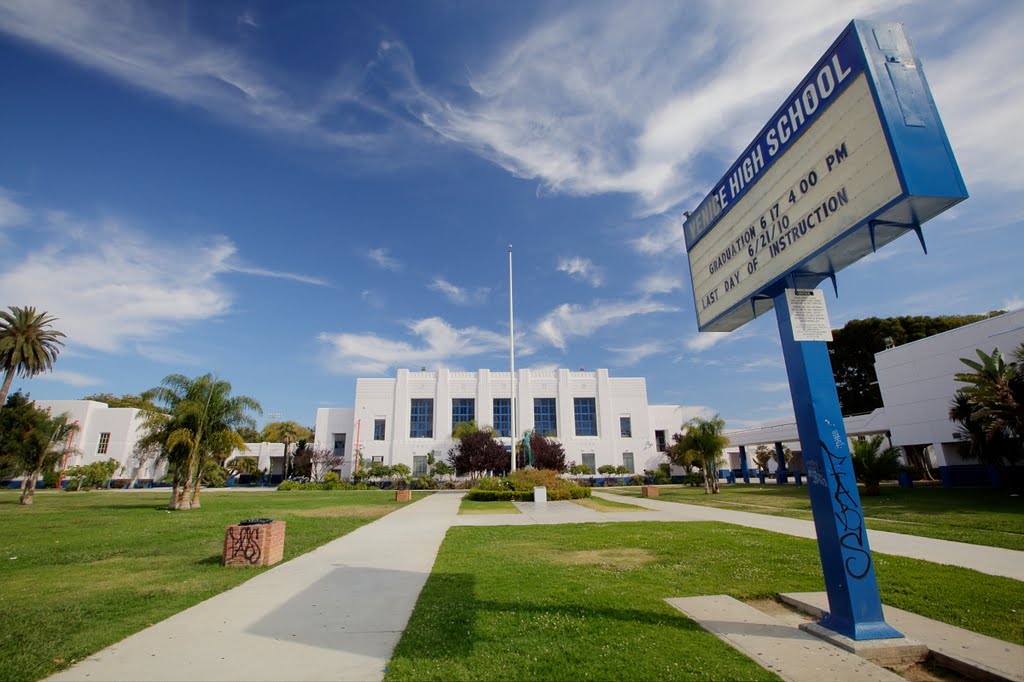 A lawsuit was filed against Los Angeles Unified on Tuesday on behalf of a teenage girl who alleges she was sexually abused by a former Venice High history teacher and tennis coach, including once in the school’s football stadium press box.

The mother of the girl filed the lawsuit in Los Angeles Superior Court against the LAUSD, former teacher Michael Finegold — who also was the public address announcer for varsity football games — and Venice High Principal Elsa Mendoza.

The suit alleges sexual battery, negligence and violations of the civil and education codes.

An LAUSD spokesman did not immediately reply to an email seeking comment.

According to the lawsuit, the alleged misconduct mainly occurred in October 2013 when the girl was 16 years old and primarily consisted of Finegold inappropriately touching the girl and having improper conversations with her.

“He (Finegold) would often ask plaintiff to remain in his classroom
during nutrition, lunch and after school hours where he was alone with plaintiff,” the suit states.

“He would commonly give her back rubs, rub her feet or otherwise engage in inappropriate contact with plaintiff,” the suit states.

On occasion Finegold gave the girl “long and compassionate hugs” in front of students and school employees, according to the lawsuit.

Finegold also once texted the girl and said, “I want to sleep with
you,” and told her in conversations that his marriage was failing and that he was sexually interested in the plaintiff, the suit states.

On Oct. 18, 2013, Finegold asked the girl to go with him to a VHS
football game and invited her to watch from the press box, where he was scheduled to announce the game, the suit states.

During the first half of the game, Finegold began “inappropriate sexual contact” with the girl in front of the team’s official scorekeeper and a local news reporter, according to the lawsuit.

“There was quite a bit of inappropriate and perverse sexual comments being made by Finegold throughout the first half of the game,” the suit states.

Mendoza was told about Finegold’s alleged misconduct with the girl in the press box, but she watched him temporarily leave with the girl and did nothing to intervene, the suit states.

Instead of calling the police as was her duty under the law, Mendoza “called her administration to find out what to do,” the suit states.

After leaving the press box, Finegold went on to continue to inappropriately touch the girl in the back seat of his car, the suit states.

Finegold returned with the girl to the press box, where the plaintiff
was removed by VHS personnel, the suit states.

Finegold was allowed to finish announcing the game, the suit states.

Neither Mendoza nor any of the other “mandated reporters” called police and so the girl and her mother had to make their own report to law enforcement last Oct. 20, the suit states.

After Finegold was arrested, the girl was harassed and ridiculed by
other students, some of whom called her a “slut,” the suit states.

In addition, a substitute teacher, with the girl present in the classroom, spoke of Finegold as a “great teacher” who was missed by other teachers as well as students, the suit states.

By Yo Venice Staff October 15, 2014
in Westside Wellness
Related Posts