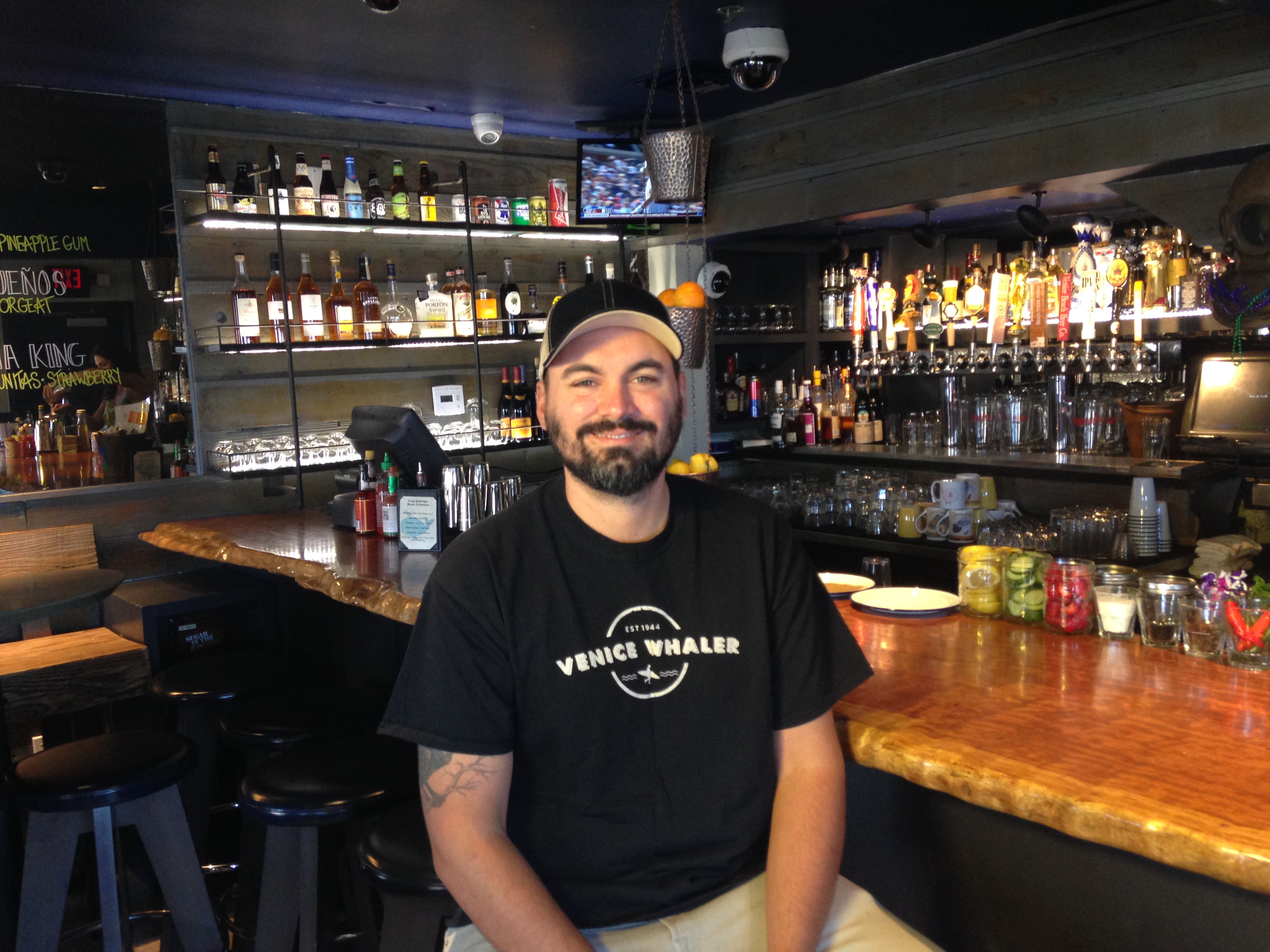 The Venice Whaler is creating waves of attention after renovating its downstairs cocktail bar and calling it the Crab Shell Bar, which officially debuted in August.

Interestingly enough, the Crab Shell Bar was the original name of the establishment before it was named the Venice Whaler more than half a century ago.

The renovated bar area stands as a form of homage to the property’s vibrant history.

Alongside its re-opening is not only a sleek new aesthetic, but also an innovative craft cocktail menu that customers can especially take advantage of during the happy hour special.

Happy hour at the Crab Shell Bar takes place Monday through Friday from 4 pm to 7 pm.

The specials include $2 off well cocktails and all draft beers; $5 off all pitchers, house cabernet and chardonnay, and pickle back shots; and $6 for the specialty cocktail of the day.

The happy hour deals also extend to some of the scrumptious small bites that the Crab Shell Bar offers as well, as customers can order $5 corn on the cob, $5 fries, $8 shrimp rolls, $9 wings, $9 chicken satay, and $9 sliders during designated hours.

The bar’s unique craft cocktail menu was concocted with a careful mind and an underlying mission.

“The Venice Whaler had never taken part in this culture before, but now we are diving in head-first with a fun and clever cocktail program that really sets us apart from other beach bars,” Williams said.

Williams describes the cocktail menu a “built for speed and built beach-friendly.”

He said each cocktail utilized three to four ingredients at most and incorporated hints of Southern California and Venice Beach.

One example is the Venice Julep. It adds a Californian kick to a Southern favorite by mixing peach iced tea and chai syrup to the standard bourbon and mint.

The AWOL (which Westsiders know as “Always West of Lincoln”) is a West Coast version of the classic Sidecar and substitutes cognac with all-American applejack as well as a rich pineapple gum syrup.

The Whole Foods drink acts as a nod to the popular local market and could also be a representation of L.A.’s juicing culture, as both carrot juice and orange juice are incorporated with green chartreuse and beet bitters.

There are seven more colorful and creative cocktails, making for a total of 10 original drinks that range from unique versions of the familiar classics to the more esoteric concoctions.

For instance, the Moscow Whale is a spin on the Moscow Mule, which is no stranger to a standard cocktail menu, but one-of-a-kind cocktails stand their ground in the Crab Shell Bar as well.

Grandpa’s Chair involves a glass smoked with pipe tobacco, which is then filled with scotch and black walnut bitters. Inspired by Williams’ pipe-smoking grandfather, Grandpa’s Chair is “definitely a drinking-person’s drink” and is the first of its type in the realm of mixology what with its anecdotal inspiration.

With attention-catching names like the Cat Daddy (with moonshine, fernet branca, sassafras bitters, and root beer) and the Bubble Butt (with Svedka vodka, boysenberry shrub, lemon, and prosecco float), customers are sure to have a fun experience simply ordering these deliciously mixed drinks.

Williams also mentioned that the new management was very careful when they took over, since the Whaler is a familiar and well-known Westside property.

By applying “some tender love and care,” Williams and his staff were able to create a new and improved food and drink program.

Customers can order the same types of food that they can expect to find at regular bars, but in this case, every menu item will possess a little extra quality.

New executive chef Nick Liberato’s culinary skills can be held responsible for the high-quality unconventionality that is “upscale dive bar food,” some of which is included on the happy hour menu.

“We embrace [the menu items customers would get at bars] and take them to the next level,” Liberato said. “We went out of the way to bring in our chef, and he’s been a world of change for the property. It’s not just frozen wings and fried food coming out of the kitchen. People are starting to come [to the bar] as a destination to eat, not just to drink and party.”

Bar Director Anthony Settecase said he planned to keep changing his cocktails that would evolve on a seasonal basis, adding regular customers could expect a fresh variety of fall drinks by October.

Guest bartenders are also set to visit the Crab Shell Bar in the near future to bring their own individual mixology skills to the Whaler.

Whether it’s for the beachy, refreshing drinks, for the quality savory bites, or for the six-day-a-week live music inspired by the legendary bands that once graced the Whaler, be sure to check out the newly renovated Crab Shell Bar and take in the breathtaking ocean view of Venice Beach that the venue boasts.

The Crab Shell Bar is located at 10 W. Washington Blvd. in Venice on the first floor of the Venice Whaler. For more information, call 310.821.8737 or visit venicewhaler.com. 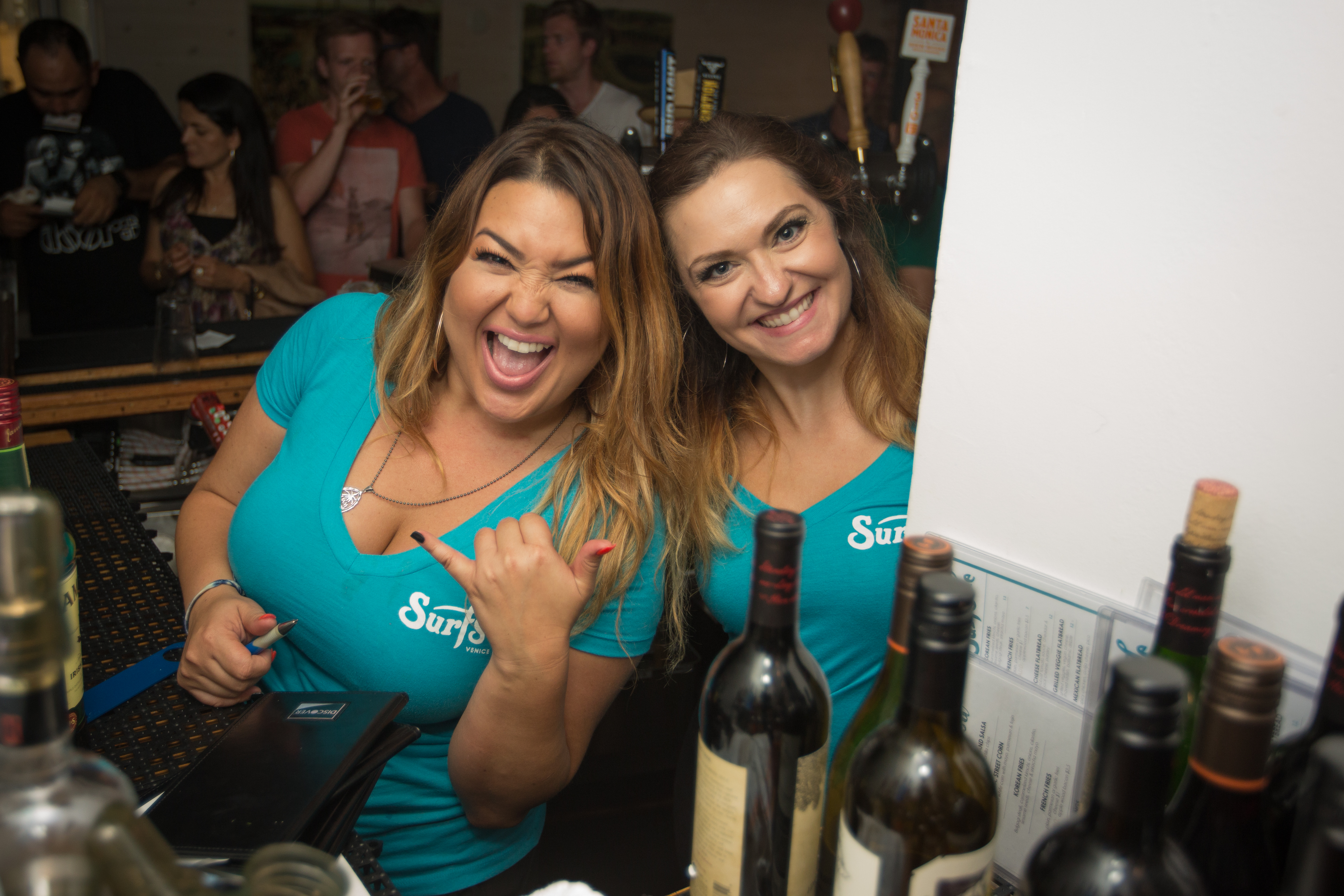 Local Hang for the Venice Gang

Check out all the pics from Venice Paparazzi here. by Melanie Camp Born, raised, and still living in Venice, Tony...

Institute Today we have the pleasure of chatting with a Hyperthermia Cancer Institute Patient who shares their miraculous and unfiltered...