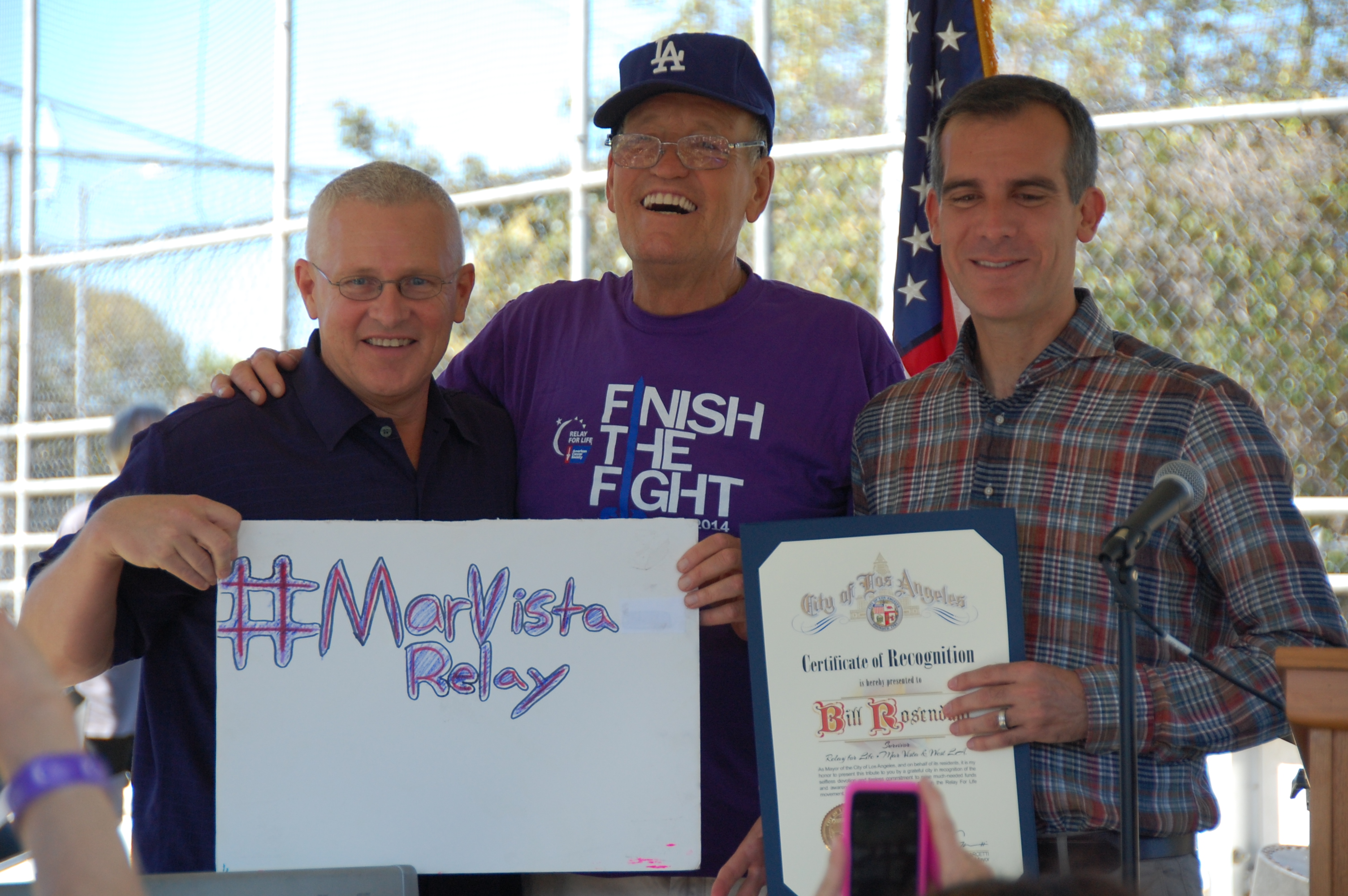 Rosendahl, who stepped down from his Council seat in 2012 after he was diagnosed with Stage 4 cancer of the ureter, was the event’s honorary chair.

Rosendahl praised Bonin, his former chief of staff whom he encouraged to run for his seat when he stepped down to focus on cancer treatment, for his continued support in the fight against cancer.

Rosendahl’s spirit of enthusiasm for life after cancer ignited the crowd of survivors and supporters.

Garcetti and members of the LAPD Pacific Division draped purple-ribboned medals around the necks of participating cancer survivors.

Rosendahl walked the event’s opening survivors lap on the arm of supporters, along with Mark Antonio Grant, special assistant to Councilman Bonin and colon cancer survivor.

Do you have a story for Yo! Venice!? Email yo@yovenice.com.