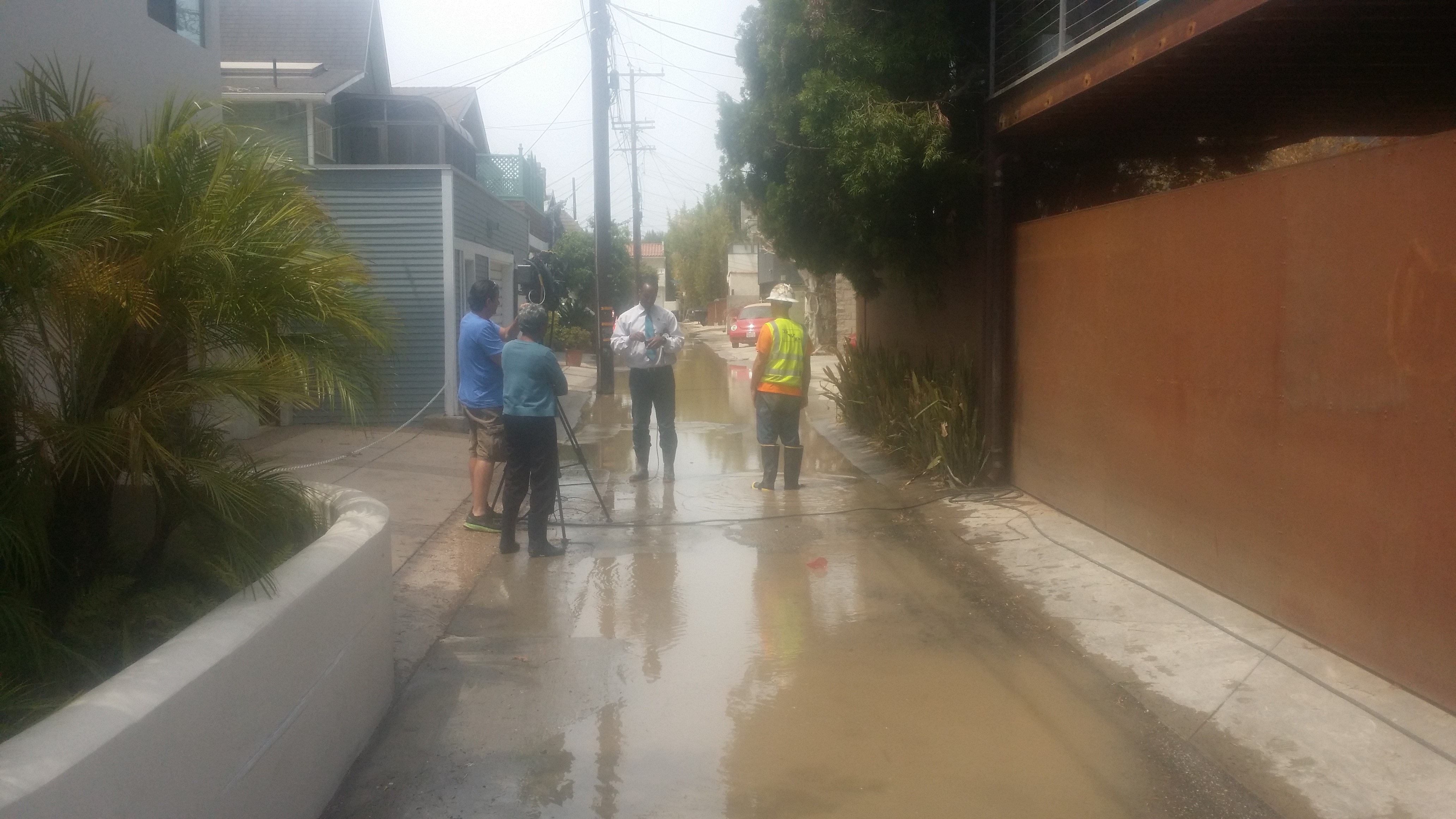 Nick Antonicello just sent in this photo from the scene where a water main broke last night on the 200 block of Carrol Canal. Reports are that it was the same 6″ pipe that broke May 11, 2012 (covered here at Yo! with photos by Ray Rae).  Approximately 100,000 gallons of water poured onto the street before the water was shut off. A 3 foot segment of the pipe was replaced and water was restored this morning, and KCBS reports that the replacement of 1000 feet of this line has been given priority on their schedule. KABC posted some vid of the flooding last night, and Nick got this shot of reporter Q McCray filing the report:

How are Westside police departments preparing for Inauguration Day in Los Angeles? Learn more in this video made possible by...