From NP via email at 9am:

There was an LAPD raid on Indiana between 6th and 7th early this morning. 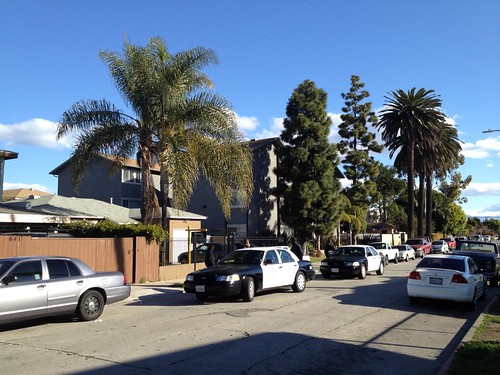 6+ marked squad cars, at least two unmarked. a couple guys in full gear that looked like SWAT (but weren’t marked SWAT) led the raid. One male suspect (mid to late 20s, skinny ~5’8″ middle-eastern?) apprehended in basketball shorts (appears to be his PJs). They still have him standing against a squad car. More cars than cops outside so I assume they are still searching the place top to bottom. 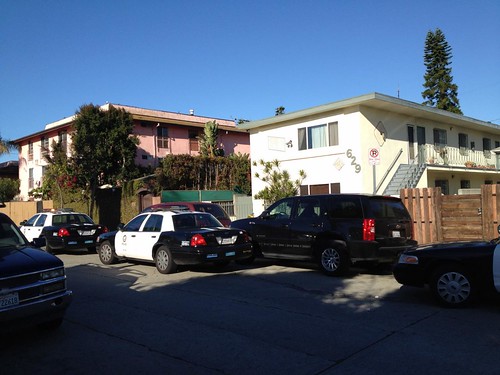 Update: LAPD says it was a narcotics related search warrant.