Venice resident Lindsay Lohan is back in the news, as she has nuded up for Playboy Magazine’s January issue. 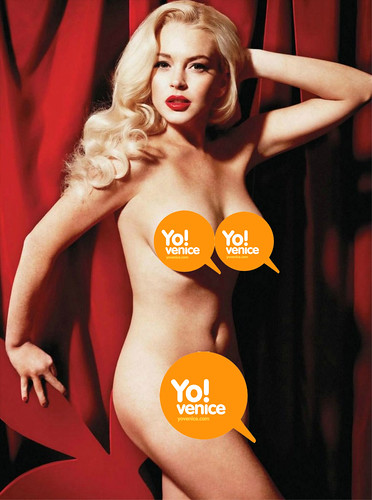 Lohan reportedly received a million dollar paycheck for her photo spread, which was leaked on a Ukrainian server by a Russian hacker. The images are now on the (sometimes kicking in Venice) Arab Parrot’s website as well as … well … most every website around.

Hugh Hefner said on his Twitter today that “Because of the interest & the Internet leak, we’re releasing the Lindsay Lohan issue early”. He added that “Lindsay Lohan was the top search name on the Internet yesterday. Her issue goes on sale late next week. Hot. Hot. Hot.”