Biennials can be large, messy, expensive and controversial undertakings for museums that attempt them, but it’s too late for the Hammer to turn back now. Ramping up for the debut of its new biennial, the museum confirmed key details about the project, including the name, “Made in L.A.”, and a run date of June 3 through Sept. 2, 2012. 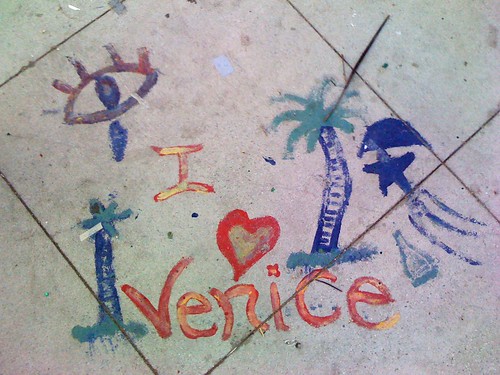 Unlike the well-known Whitney Biennial, this one has a regional focus: about 60 artists, mainly emerging or lesser-known, working in the L.A. area. Names will be released by March. The exhibition-event will take place at a few venues across the city: the Hammer in Westwood, LAX Art in Culver City and the L.A. Municipal Art Gallery at Barnsdall Art Park, home to Frank Lloyd Wright’s Hollyhock House. It will be sponsored by Wells Fargo.

From July 13 to 15, this enterprise will extend to the Venice Boardwalk with the Venice Beach Biennial — a nod to the mother of them all in Italy.

For this “biennial within a biennial,” Hammer curator Ali Subotnick is inviting a few dozen L.A. artists to join the artists who every day turn the boardwalk into one big, anything-goes open-air gallery by contributing new, site-specific artworks, performances and installations. She says she has approached John Baldessari, Analia Saban, Doug Aitken, Sam Durant, Evan Holloway, Jason Meadows, Ana Prvacki, Pentti Monkkonen and Liz Craft, among others. Lisa Anne Auerbach “will do a newspaper or zine that will serve as the publication for the project,” Subotnick said.

The concept for Subotnick is collaboration, not invasion. “This is about the artists who are down there all the time, every day, showing their work,” she says, describing the mix of sand art, spray painting and expressionistic work that dominates the scene at the beach. “What I love is that the system is so open — and the artists I bring in will have to do their work in the same manner: Set it up, take it down, no special privileges. It will be unregulated.”

To read the full article on this at the LA Times, click here!