Our pals over at LACurbed are reporting: “Dennis Hopper’s Venice compound, with its Brian Murphys and its Frank Gehrys, is on a real crazy ride. It started on the market in July asking $6.245 million. It was chopped twice, in August and October, down to $4.799 million. Take a hit off the gas mask, we’re swinging back up: new asking price is $5.8 million.” 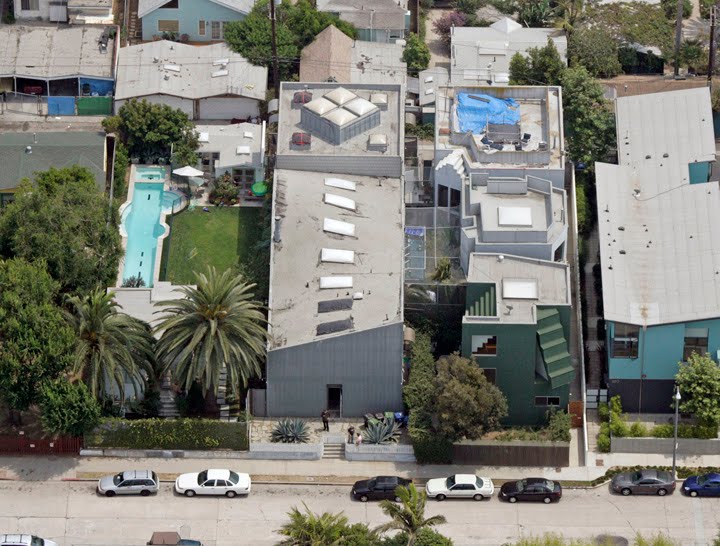 The 4,900 square feet main house was completed in 1987 by architect Brian Murphy. The main house can be bought (along with the 1,355 square-foot cottage) separate from the three townhouses which were built in 1981 and range in size from 1,143 to 1,330 square feet. The properties have been on the blocks for 123 days.