A man drove down the Venice Boardwalk at approximately 6pm, injuring pedestrians while doing so. LAFD says . We wish the best to all of the victims and their families. 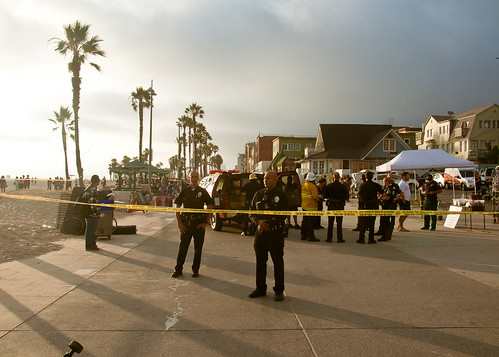 Update: ABC says LAFD tells them “two of those patients are in critical condition and two are in serious condition. The other eight suffered minor injuries”.

Update 2: Fox 11 says that one victim has died. A vehicle has been located and a suspect has been detained in Santa Monica, possibly after turning himself in.

Update 3: Videos have started showing up online:. 1, 2, 3 and (sadly, one that shows the driver in action) more.

Update 4: NBC reports that the driver who was arrested is 38 year old Nathan Louis Campbell. They also report that the victim who died is 32 year old Alice Gruppioni of Italy. Gruppioni was on her honeymoon. Our condolences to her family and friends.

More news when the LAPD releases it:

From witness Jenny W (her update is below):

“DRUNK DRIVER On THE BOARDWALK!!!! stay home at least 10 injured. We’re fine, we were on a balcony at Dudley and ocean front walk. 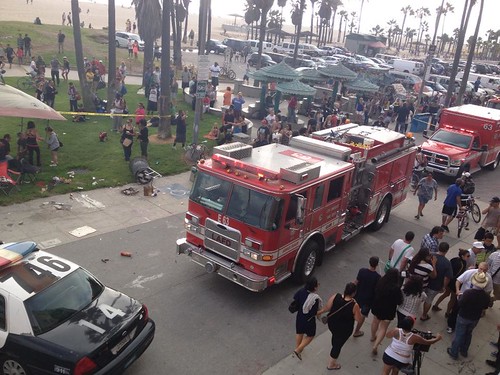 Black car (Challenger or Challenger similar, brand new) sped around onto boardwalk, hit tons of people continued on the board walk at least half a mile boardwalk closed south of candle/Dudley” 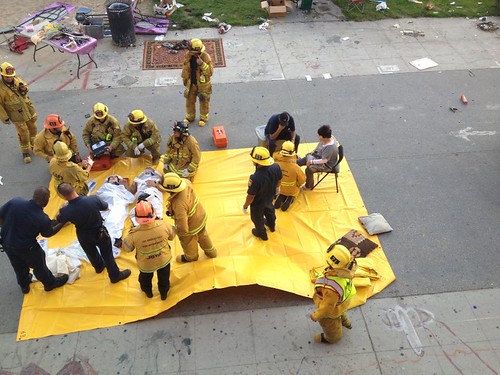 Here is the suspect vehicle, as captured by SNAPCHAT‘s video security camera: 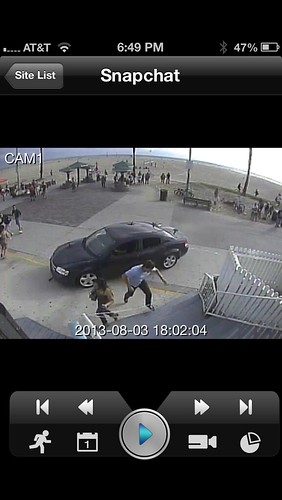 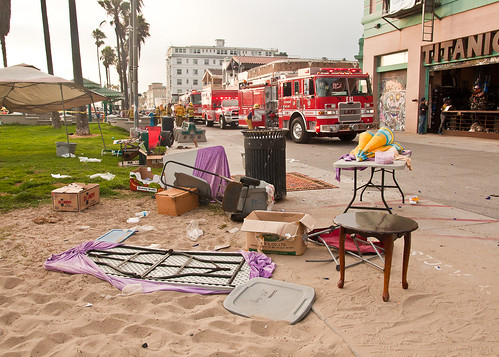 “In retrospect it wasn’t a drunk driver, the person was intentionally snaking back and forth as the crowd split, as thought they were trying to hit as many people as possible, and even accelerated as they went on. but in the moment my mind couldn’t process or find the words to describe a person intentionally doing something like that.”