Today’s turkey tale doesn’t involve any local politicians! Instead, this is the story of an Abbot Kinney chef that ordered up a black turkey to keep around until Christmas dinner. Someone watching over the chef’s house accidentally let the turkey into the wild and it was first spotted by Sue F. wandering down Speedway and then headed east on 19th place. Black turkeys usually weigh about 18-33 pounds! The turkey made lots of friends wandering the streets of Venice! 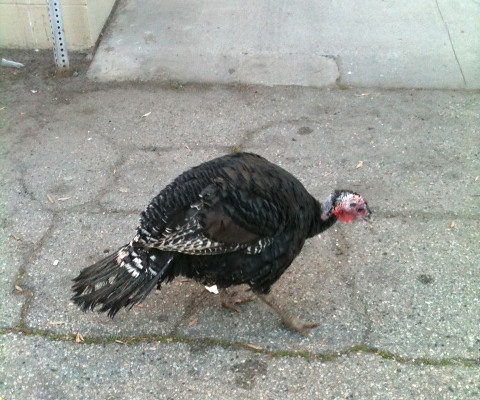 Yo! Venice! got a lot of emails from “turkey spotters”, and then heard that the turkey was captured by some homeless people, who then gave it to Ocean Front Walk vegan advocate Dave Warwak. Watch the video to hear Dave talk turkey!

The last sighting of the turkey that we have is from the chef, who went looking for his turkey and spotted it chilling in a Camaro in the parking lot near Warwak’s stand. The turkey is now headed for an animal rescue farm! 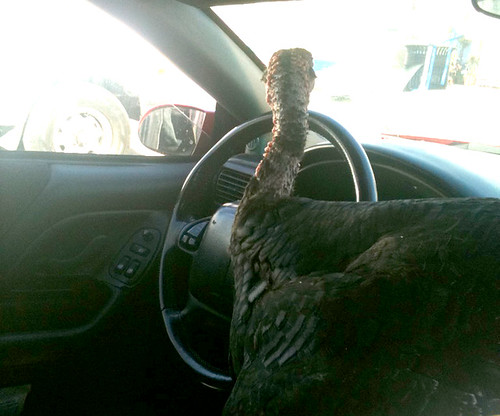 Local Venice Beach residents and artists came together to create a live art exhibition bringing awareness to racial violence in...