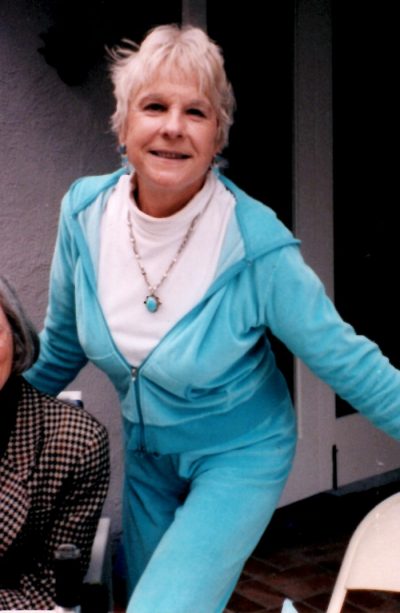 Jeanette Barbara Hasselquist, 85, passed away peacefully 1/14/2021. She was born February 1935 in Michigan and spent her childhood in Pacific Palisades, California. She married in 1953, moved to Malibu and they had six children.

After spending many wonderful years raising children, gardening and painting, she moved to Venice, California and worked as a massage therapist with a loyal following. Jean was also a docent at Will Roger’s Park, the Adamson House, and the Annenberg Beach Club. She became an avid bicyclist, also a hiker with the Sierra Club which she continued into her 80’s. She bicycled through Switzerland, and enjoyed traveling to Spain, New Zealand, throughout the U.S. and to her parent’s homeland, Sweden. She had a very full life, and adored by all for her love of adventure and beauty and her caring spirit. She is truly missed.

She is preceded in death by her parents Carl and Barbara Hogstedt as well as her sons Chris Hasselquist and Eric Hasselquist. She is survived by her ex-spouse Gus Hasselquist, brothers Roy Hogstedt, Clifford Hogstedt and sister Elaine Hogstedt. Her surviving children Include daughters Linda Alexander, Nancy Hasselquist, Carol Mims, Joi Ciarletta, and their families including nine grand children, eight great grandchildren, several nieces and nephews as well as her close friends Sandra Zukor and Frederick Bangs.

Private services will be held February 3rd. If you would like to send flowers, please e-mail carolmims@aol.com for information. If donations are preferred, her favorite charity was the Sierra Club.