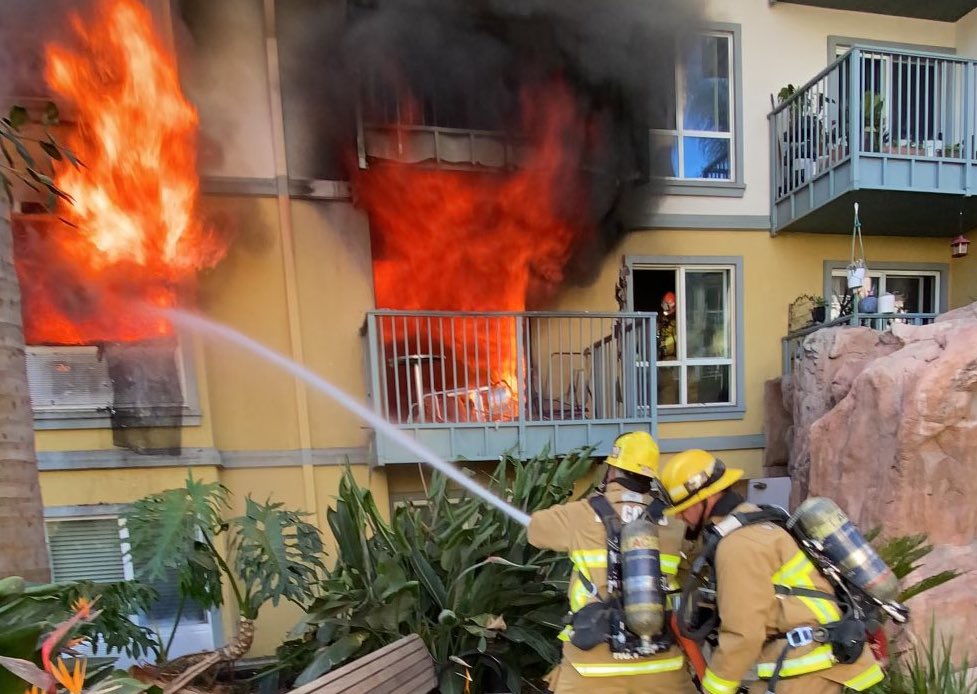 One person was injured in a Monday morning fire at a Marina Del Rey apartment complex.

According to the Los Angeles County Fire Department (LACoFD), the fire was reported a little after 9:30 a.m. at the Marina 41 apartments, located near Panay Way and Via Marina.

Crews arrived to find a fire burning on the second floor of the three story apartment building. By 10:15 a.m., firefighters knocked the blaze down.

According to LACoFD, one patient was transported to a local hospital with unspecified injuries.

As reported by Patch, this is the second fire at the Marina 41 apartments in recent months following a September 12 incident.

Marina 41 is part of real estate firm Equity Residential’s apartment portfolio. The company could not immediately be reached for comment regarding the fires.