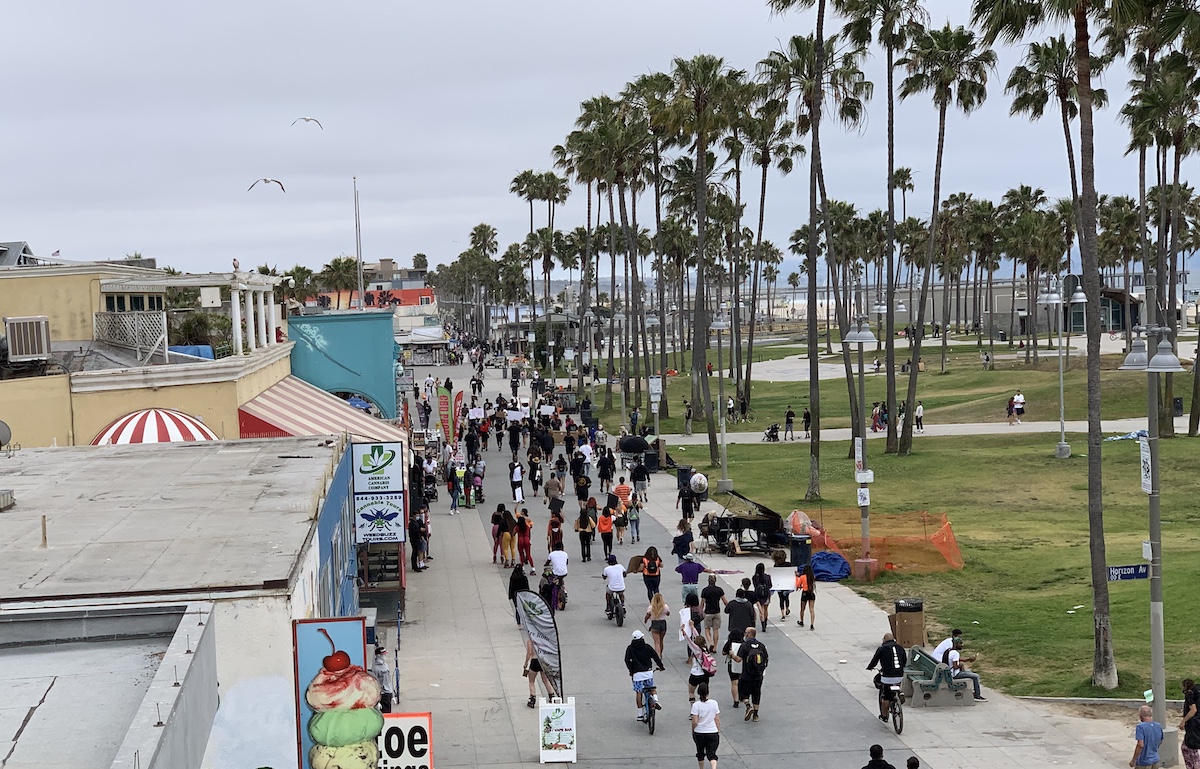 Protests against the police killing of George Floyd continue

A City of Los Angeles curfew has been extended to Venice and the rest of the city as protests against the police killing of George Floyd continue.

Los Angeles Mayor Eric Garcetti has announced that a curfew will be in place from 8 p.m. Saturday until 5:30 a.m. Sunday. Previously the curfew only applied to the Downtown LA area.

“I’m asking all of Los Angeles to take a deep breath and to step back for a moment to allow our firefighters to put out the flames, to allow our peace officers to reestablish some order,” Garcetti said. “Let them protect your rights to be out there for as many days as we need to.”

According to Garcetti, the curfew will require people to stay indoors and will be in place for one night. During the curfew, streets will be cleaned and windows of businesses will be boarded up. Garcetti said he hopes one night of the curfew will be enough.

According to the rules of the curfew, people traveling to and from work and those seeking or giving emergency care are exempt

Beverly Hills, Culver City and Santa Monica have also put a curfew in place for Saturday night during the same hours.

On Friday night, during the third night of protests, 533 people were arrested in Downtown LA on charges such as suspicion of burglary, looting, attempted murder, battery on police officer and failure to disperse, according to the Los Angeles Police Department.

The demonstrators are part of wave of marches happening around the nation to protest the death of George Floyd, a black man killed Monday when a Minneapolis police officer–Officer Derek Chauvin–pinned him to the ground with his knee, even after the Floyd said he was could not breathe.

By Sam Catanzaro May 30, 2020
in Westside Wellness
Related Posts