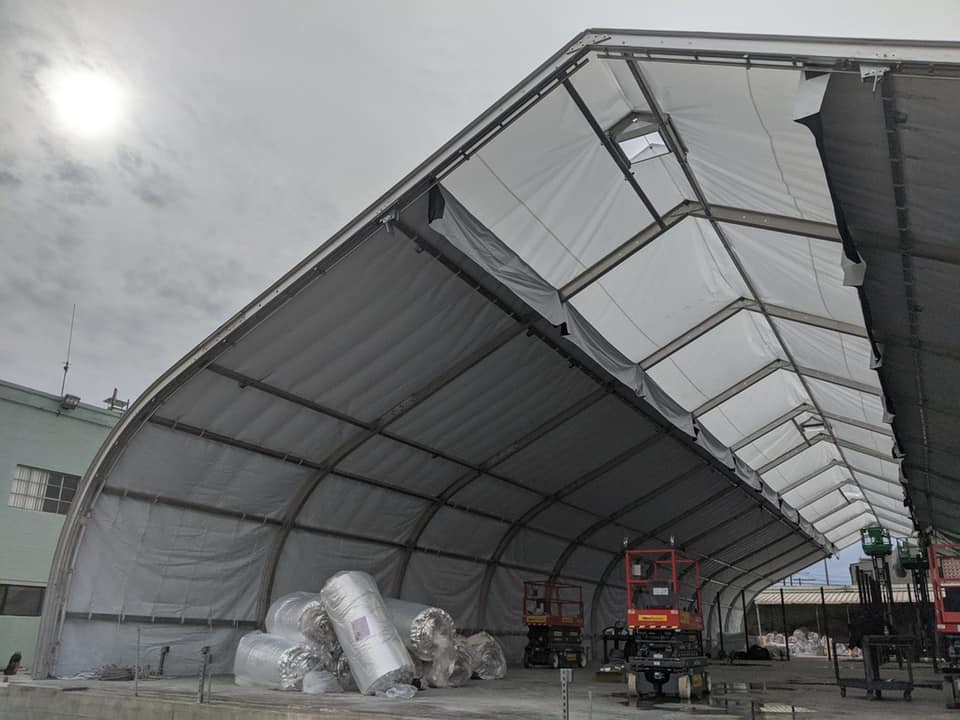 Installation of trailers and a membrane structure have begun at the bridge housing shelter in Venice that will provide 154 beds for homeless individuals at the old MTA lot on Main Street.

In a Facebook post, Councilmember Mike Bonin announced that trailers for youth housing have been installed and the membrane structure that will provide housing for adults arrived at the property as well.