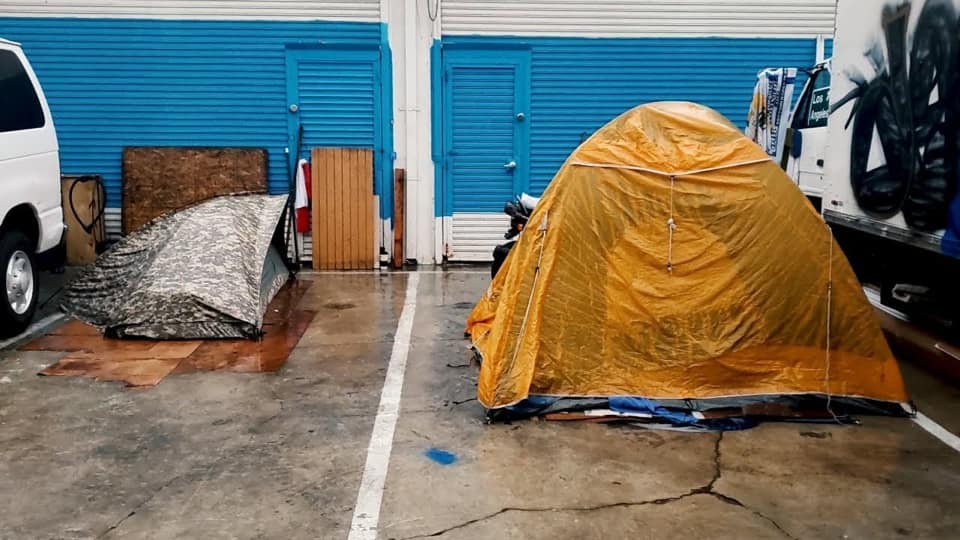 As a cold winter storm drops rain on Los Angeles, the county has preemptively opened winter shelters for homeless individuals while LA City Council voted to use city facilities as emergency shelters with a councilmember warning that some people on the street will die in the cold and wet weather.

The storm, which is expected to bring 1-2 inches of rain and see temperatures drop into the 40s, has prompted the Los Angeles Homeless Services Authority (LAHSA) to open up some emergency shelters ahead of schedule. According to LAHSA, seven shelters will open in the next few days providing 470 beds.

“With serious winter weather impacting our community ahead of the launch date of the Winter Shelter Program, LAHSA, the City of Los Angeles, and the County of Los Angeles saw it was necessary to open these shelters immediately to help as many of our most vulnerable residents as possible,” said Peter Lynn, Executive Director at LAHSA.

To supplement these beds, which are not nearly enough for the city’s homeless population, on Tuesday Los Angeles City Council passed a motion to open city facilities to shelter homeless individuals, much in the same way such facilities would be used in the event of a fire or earthquake.

“For tens of thousands of people living on our streets and sidewalks, the weather is going to be cold, wet, miserable and hazardous. Some people will die. Likely on Thanksgiving Day. Emergency measures must be taken,” said the motion’s author Councilmember Mike Bonin. “Just like in other emergencies, such as fires, we need to open emergency shelters in city facilities across the city to protect those who will be in crisis. During recent fires in our urban wildlands areas, the City and partner agencies were able to open emergency evacuation centers within hours. We must do the same now.”

The motion directs the Emergency Management Department, in coordination with the Department of Recreation and Parks and LAHSA, among other agencies, to open designated, 24-hour, emergency shelters until December 1, 2019, the full opening of the County’s Winter Shelter Program.

According to LA Mayor Eric Garcetti, the shelters will provide 500 and will be located at various City Recreation and Parks facilities and one community church. They will be open and ready to serve Angelenos in need beginning at 10 a.m. Wednesday morning.

The following LA county winter shelters are currently open or will open soon.