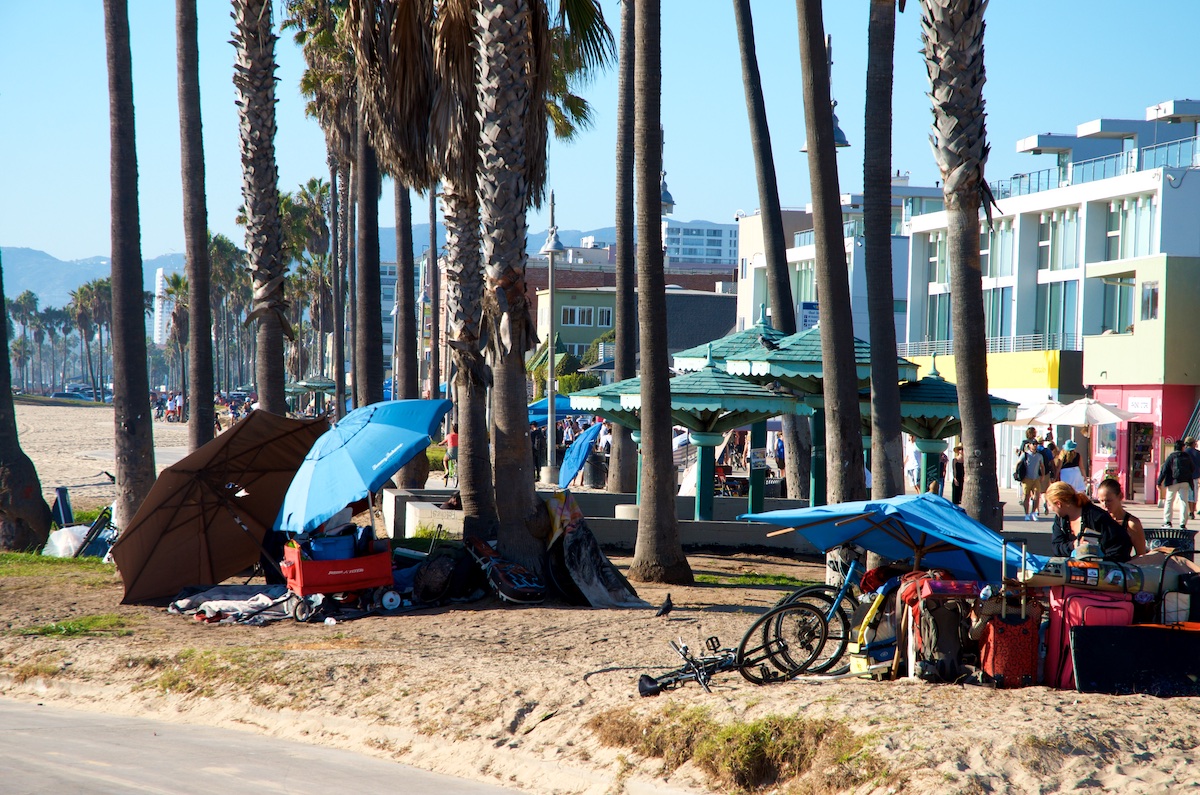 Proposal that would ban homelessness on Venice Boardwalk sparks debate

A policy proposed by a Los Angeles City Councilmember that would prohibit sleeping within 500 feet of schools – among other locations including the Venice Beach Boardwalk – tests a federal court’s power over local governments’ attempt to tackle a homelessness crisis, while also raising moral questions.

A federal court ruling last year in the case Martin v. City of Boise barred cities from punishing individuals from sleeping on public property unless they provide sufficient and accessible indoor housing.

Last week, Los Angeles Councilman Mitch O’Farrell proposed a set of regulations that would test the scope of this leeway. The rules would prohibit sitting, lying down or sleeping within 500 feet of schools, daycare centers and parks while also banning bedding near homeless shelters.

The rules also would make illegal approaching, following closely or speaking to a person in a manner that may cause a reasonable person to fear bodily harm or damage to or loss of property. Being intimidated into giving money would also be punishable as well.

While supported by some residents such as Travis Binen who said in a letter to Council “the City needs to be able to legally move them instead of leaving them on the sidewalk to die or harm others,” O’Farrel’s proposal rebuked by his colleague Councilmember Mike Bonin in a series of tweets.

“Some restrictions on encampments near schools and shelters make sense and could pass legal muster — but this overreaching proposal is giving a middle finger to the court, false promises to neighbors, and a kick in the head to people who are homeless,” Bonin wrote. “The heart of LA’s homeless problem is that that for decades we have focused on criminalization instead of solutions…Every time we criminalize, homelessness gets worse and the court ties the city’s hands further. And we squander resources and lose a mission-driven focus.

Lisa Redmond, a Venice resident, raised a moral objection to O’Farrell’s proposal saying “this is not how we should treat our neighbors and community members by punishing them for being less fortunate. It is plain and simple an act to criminalize individuals for being homeless,” in a letter to Council.

In his series of tweets, while Bonin referenced that certain aspects of O’Farrell’s proposal could hold up legally, Gary Blasi, an emeritus law professor at the University of California Los Angeles (UCLA) said in an interview with the Los Angeles Times that how the proposed rules are implemented would determine their chance of surviving a legal battle. Specifically, Blasi noted that whether an individual experiencing homelessness had a practical way of knowing where they can legally sleep and whether the restrictions leave sufficient room on sidewalks for them to do so legally would be factors that the Supreme Court would consider.

“If the 9th Circuit’s ruling is allowed to stand then cities will not have the tools they need to prevent a humanitarian crisis on their own streets. We hope the Supreme Court takes this case to restore the power of local communities to regulate the use of their streets, parks, and other public areas,” said Mayor Boise Dave Bieter.