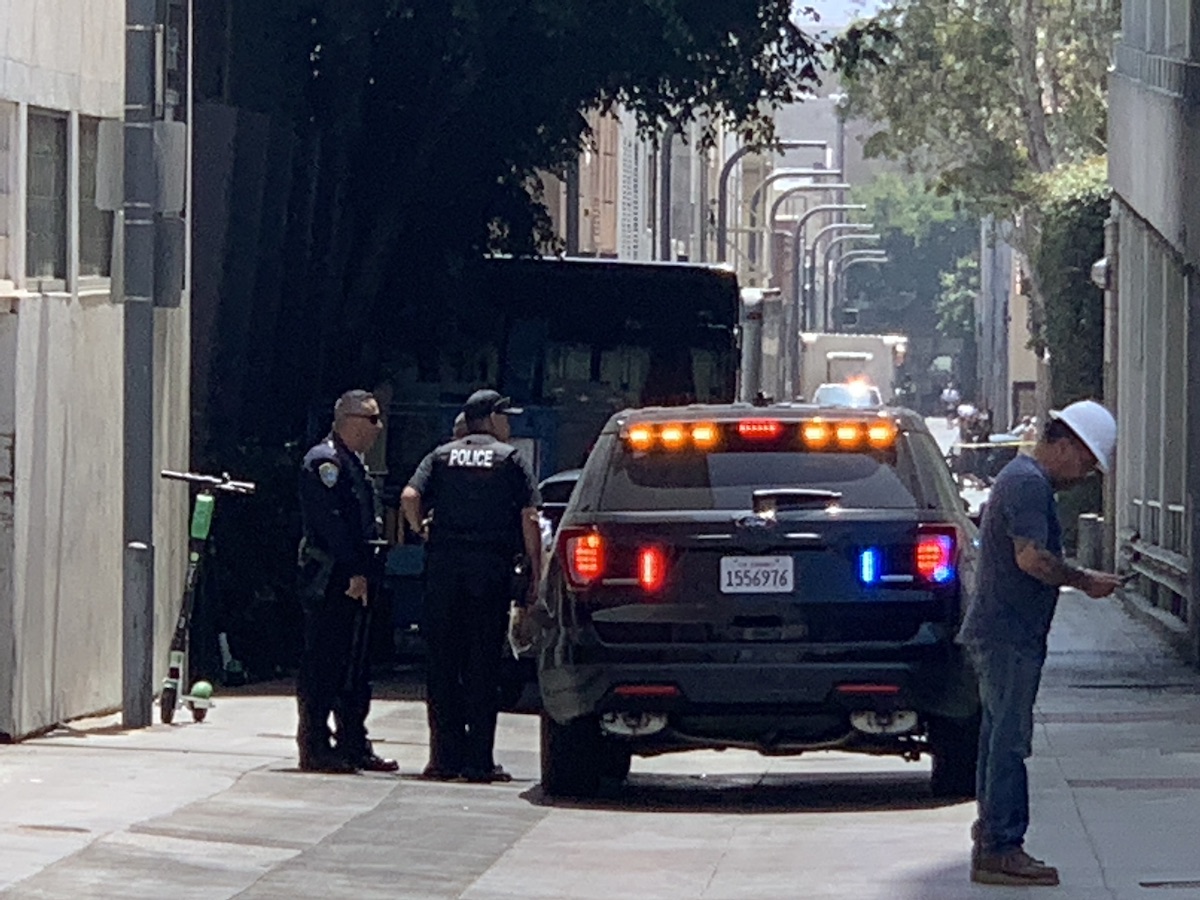 A security guard opened fire at a knife-wielding suspect who approached an armored truck near the Third Street Promenade in Santa Monica Friday morning.

According to the Santa Monica Police Department, on Friday, August 16 at approximately 11:15 am near the area of 3rd Street and Arizona Avenue, a male suspect approached an armored truck wielding a knife. The security officer shot at the suspect three times.

The suspect, who fled the scene, has been taken into custody by the SMPD according to a 12:16 p.m. tweet from the department.

The SMPD is asking the public to avoid the area as the investigation is ongoing.