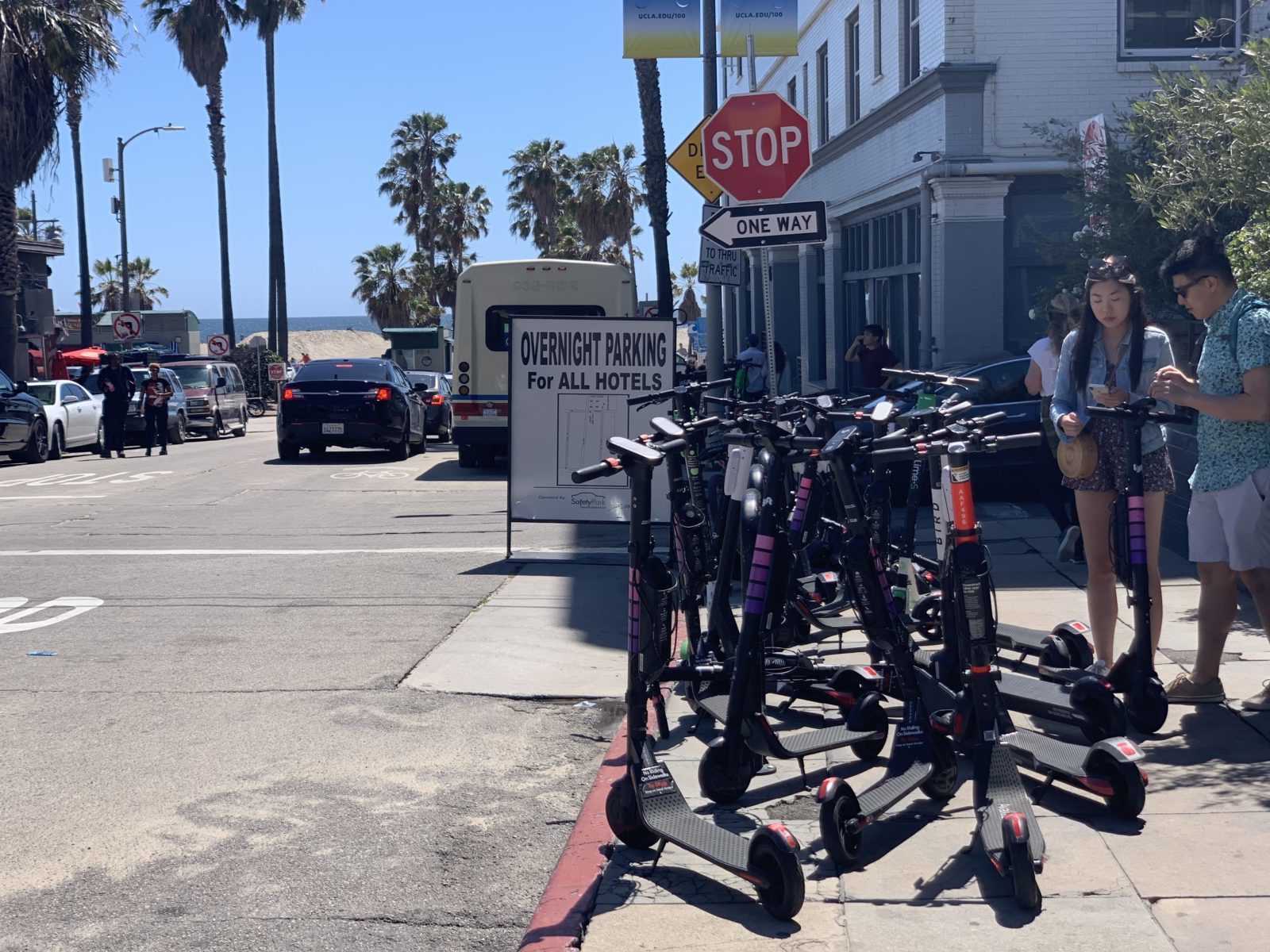 Rose Avenue and Ocean Front Walk is an area that gets a lot of foot traffic, but like many areas in Venice Beach, the sidewalk often is blocked by a seemingly countless number of e-scooters, much to the dismay of residents. The prevalence of these devices is no doubt a testament to their popularity among residents and tourists alike, but some local lawmakers are demanding a reduction in the number of scooters.

“Mike is demanding a sharp reduction in the number of scooters in oversaturated communities like Venice,” reads Councilmember Mike Bonin’s June newsletter. “Mike is far from satisfied with how scooters have been distributed in LA in the first months of the pilot program, and he has directed LADOT to develop new rules that will address the oversaturation of scooters in areas like Venice. Mike believes that in order to make this program work for our city, it needs to work for our neighborhoods.”

The Los Angeles Department of Transportation (LADOT) recently released a quarterly update on the dockless bike/scooter share pilot which revealed that District 11, which includes Venice, has the largest number of dockless devices in any neighborhood.

According to the report, Council District 11 has 7,482 dockless vehicles, 20 percent of the city’s total fleet of 36,170 despite only being home to 7 percent of the City’s population. According to LADOT, approximately 70,000 rides were taken on dockless devices during the reproting period. In addition, the report showed that Venice has the largest number of scooters in any neighborhood outside of Downtown LA. The most prevalent brand in District 11 is Bird, followed by Wheels and Lyft.

LADOT discussed in their report the one-year permits the department issued to eight operators, allowing a total of 36,170 scooters and e-bikes throughout the City. As these new devices have been deployed, LADOT has hosted a dozen community workshops around the city — including in Venice, West LA, and Mar Vista — to provide information about the program rules and to hear feedback from the public.

“Residents opposed to the e-scooter program stated that scooters are left on sidewalks, blocking access and creating hazardous conditions for senior citizens and the disabled. Supporters of the scooters stated they offer convenience and an inexpensive and an environmentally friendlier alternative to automobiles,” reads an LA City Council Transportation Committee report.

In addition to detailing how and where scooters are being used in LA, LADOT’s report also proposed a new fine structure for companies that violate their permit conditions to encourage them to improve their operations.