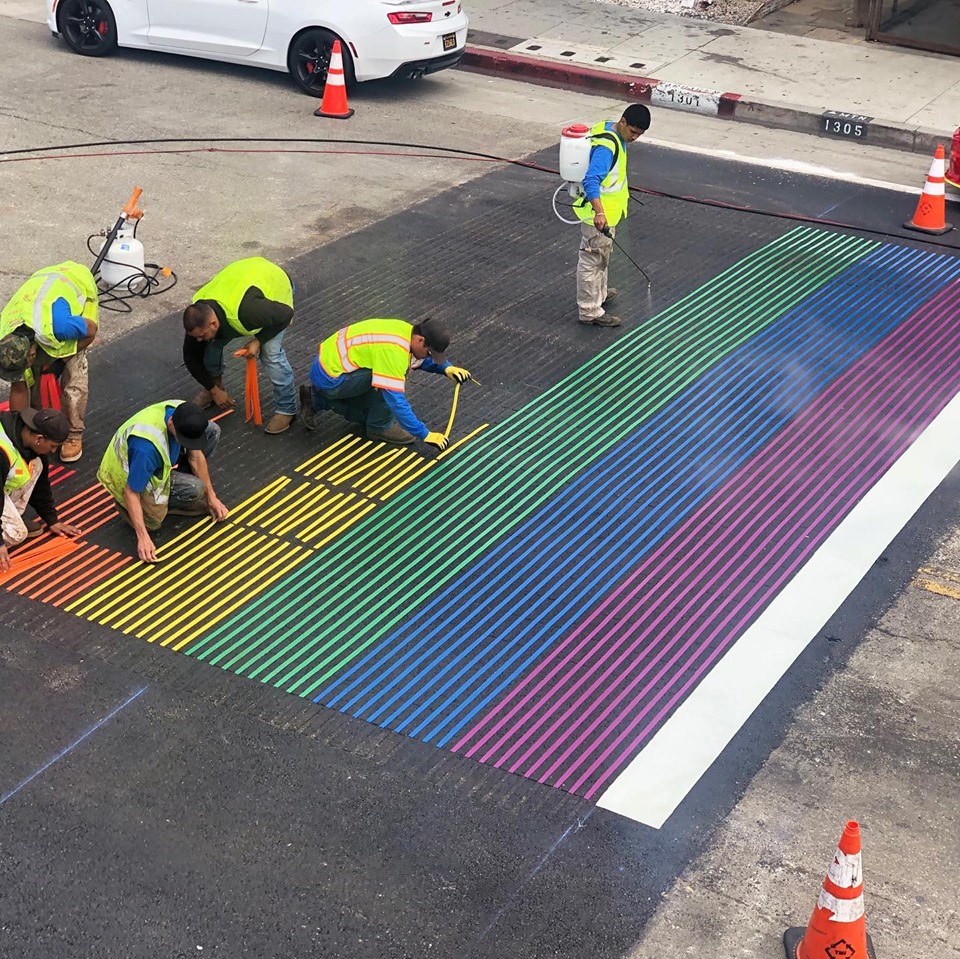 The streets of Los Angeles are about to get a little bit gayer. Well, one street in particular.

The City of LA and Venice Pride organization are commemorating the 50th anniversary of the Stonewall Riots with the city’s first rainbow crosswalk.

The crosswalk, which will be unveiled on Friday, June 28, will be right out front of Roosterfish, a gay bar that was successfully reopened last year with the help of Venice Pride.

“June 28th, 2019 represents the 50th anniversary of the Stonewall uprising (June 28th 1969). While there were many notable historic events on the road to equality before this event, notably some significant ones in Los Angeles including the Black Cat and Doughnut Riots, Stonewall is widely hailed as the beginning of the modern LGBT civil rights movement and culminated in the first Pride March (later adapted into parade format). Stonewall is a historical gay bar located in the Greenwich Village neighborhood of Lower Manhattan, New York City,” Venice Pride stated in a press release.