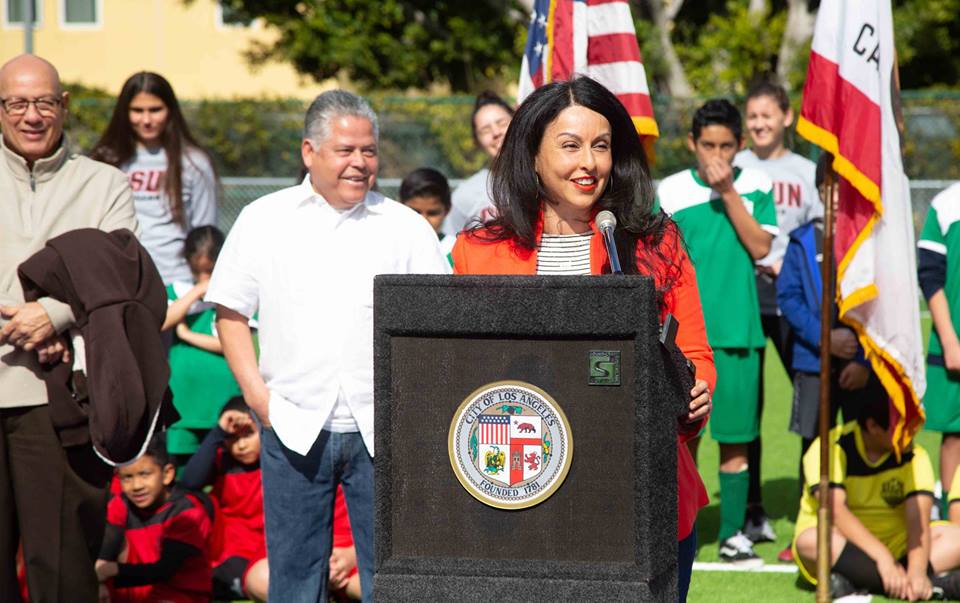 To address this reality, on top of the rising costs of living in Southern California, Los Angeles City Council voted unanimously April 2 to provide up to 18 weeks of paid family leave.

“Los Angeles is such a hard place for working people starting a family. From the cost of rent, to the cost of living and the cost to support a family. This is one step to help make the lives of our residents slightly less stressful. I know for me, those first weeks after having a baby were critical as my family and I adapted to our newest member,” said City of Los Angeles Councilwoman Nury Martinez” By implementing a 100% wage replacement program for Paid Parental Leave in Los Angeles, we will be helping the most vulnerable population use this program so that more families can bond with their babies.”

The motion, submitted by Martinez and Councilmember David E. Ryu, would require employers to provide employees within the City of Los Angeles, who are receiving either State Disability Insurance or paid family leave benefits, with supplemental compensation for up to 18 weeks. In doing so, employees will receive up to 100 percent of their weekly wages, to be capped at the annual adjusted cost of living in the City of Los Angeles.

“According to one study, women who return to work after taking paid leave are 40 percent less likely to receive public assistance in the year after giving birth than women who keep working and have no leave at all. However, our laws governing paid parental leave are still written to serve a 20th-century workforce of men. Put simply, our labor laws need to reflect a 21st-century economy and that means making our City more friendly for working parents,” Martinez said.

While the proposal passed unanimously by City Council, the Motion Picture Association of American, Inc. (MPAA) raised some concern about the legislation in a letter to the council.

“A citywide requirement to provide paid parental leave would create additional logistical, financial and administrative burdens for our industry,” wrote Melissa Patack Vice President of MPAA’s State Government Affairs. “Motion picture productions regularly film on location throughout the City of Los Angeles, in multiple jurisdictions, sometimes in a single day. Productions would have to maintain two separate accrual records – one for time spent working in the City, and one for time spent working outside of the City under the state disability leave policy.”

With the motion’s approval, the City Attorney’s office has been requested to report back with an ordinance for Council to vote on to make the motion into law. In addition, city staff has been asked by Council to procure an independent study to evaluate the potential impacts this policy will have on small business.

“During this process I know it will be critical to bring the business community into the discussion, so we take their concerns and issues into consideration. The independent economic analysis will be key to answering some of our questions and informing our process moving forward. We care about businesses and want them to thrive, but we want to make sure we are a family friendly city,” Martinez said.

According to the motion, the city will attempt to leverage state funds for implementation of the policy.