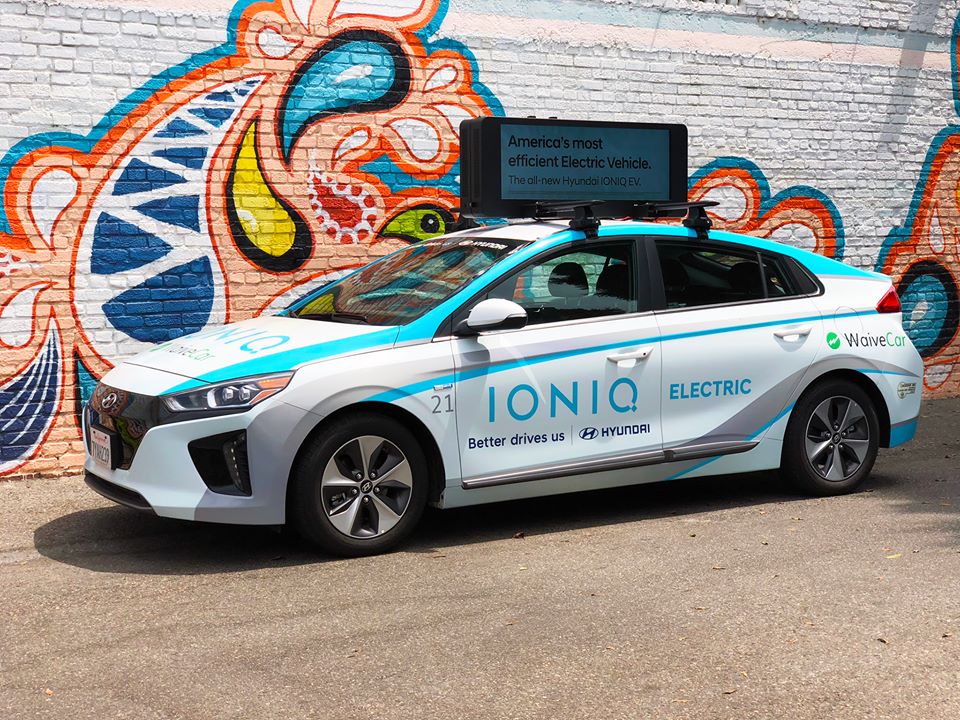 With the rise of digital rooftop advertisements on taxicabs and on-demand rideshare vehicles, many members of Los Angeles City Council have voiced their concern regarding public safety and billboard blight. During a Transportation Committee meeting held on February 14, arguments were presented both for and against a proposed motion requesting the City Attorney to prepare an ordinance to repeal Taxicab Board Rule 415(C), which allows commercial advertising to be mounted on a taxicab roof or trunk.

Councilmembers Robert Blumenfield, who proposed the notion, and Mike Bonin did not mince words when it came to addressing the long-term effects of digital rooftop advertising on the community.

According to Councilmember Mike Bonin, “This is more than an accident waiting to happen; this is a potential calamity waiting to happen. There have been a number of people on the City Council for a very long time who’ve been concerned about billboard blight, particularly digital billboards. What we have on the horizon is the potential of mobile digital billboards driving all around our city, parking and advertising junk food near our schools or our playgrounds. Unless this is taken care of and unless we start enforcing the state law, which prohibits it in the first place, we are really going to have a disaster that all of us are going to be hearing about.”

Councilmember Blumenfield outlined the reasons behind the notion to ban the rooftop ads. “I’ve been focused on billboard blight for a long time, particularly mobile billboard blight. We had the scourge of it happening in the San Fernando Valley. We had these unhitched trailers that were just ruining our quality of life and it took several state laws that I had to author to give the City the power to get rid of those. We made a very clear law about what can and can’t be done in terms of mobile billboards. It’s a sad state of affairs right now where folks who are trying to profit on the public right of way, we call them blight merchants, are luring Uber drivers, Lyft drivers and taxi drivers to commit a crime in the city.”

Blumenfield also added that digital advertising on taxis and rideshare could also expand to personal vehicles and become a dangerous distraction to drivers. “We know that it is a distraction. It would not be an effective advertisement if it was not a distraction. The whole point of the billboard is to distract you. That is why people are paying money to put their ad on a billboard. That is a danger on the road, and it could be a life or death situation for some people down the road having those billboards everywhere.”

Pete Gould with Firefly argued that with digital rooftop ads, drivers can make an additional $300 monthly. “Firefly is a smart city communications platform for engaging the urban population. We deploy digital smart screens on top of the existing fleet of taxis and full time rideshare drivers. We offer as much as a 20 percent boost to their hourly income without working any additional hours or driving additional miles. Not only will our devices help taxi drivers earn additional money, they will also help bring much-needed innovation to the industry so that they can better compete with rideshare as well by offering free in-vehicle WiFi.”

Other Firefly employees stated that Firefly devices are compliant with state and local requirements. They also pointed out that displays are only allowed on vehicles of full-time drivers which represent less than 1 percent of drivers on the road in Los Angeles.

Taxicab drivers in attendance argued that with a loss of 75 percent of their income, digital advertising offers them a means to earn more income and compete with rideshare giants Lyft and Uber. They also point out that the lights from the ads make it easier for riders to find them, especially in areas that are poorly lit.

Rideshare drivers from Uber and Lyft who use Firefly’s ads on their vehicles voiced their support of digital advertising at the meeting. According to Damien Cortez, a  Navy veteran and father of two who works for Uber, Lyft and Firefly, other distractions present a greater risk to public safety than rooftop digital advertising. “I’ve never once seen any endangerment in the road. If anything, I see more people on their cell phones, smoking marijuana while driving, or drinking and driving. But cell phone use is the number one distraction we see in those roads in Los Angeles. Being born in East Los Angeles and raised in South Central, I drive in those areas and with Firefly I feel safe. I feel that I stand out.”