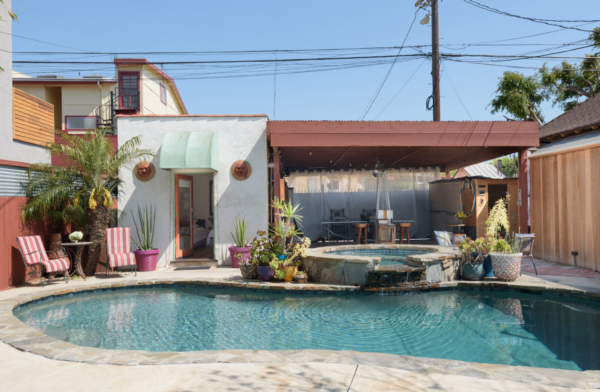 Los Angeles lawmakers made moves this past week towards crafting legislation regulating short-term rentals after the Los Angeles City Council’s Planning and Land Use Management Committee considered a set of rules recently approved by the Los Angeles Planning Commission.

The proposal would set a 120-night annual cap on the frequency hosts can rent out their home. In addition, the rules would allow residents in rent-stabilized units use their home as a short-term rental.

“Home-sharing, as an accessory use to primary residences, furthers those goals as they increase the utilization of empty space within homes to assist with housing costs without significantly changing neighborhood character,” the Planning Commission wrote in a report to City Council.

The 120-night annual cap proposed can be extended under these rules, under a program called Extended Home Share for hosts who have received no verified citations within the past three years. In addition, those wishing to operate beyond the 120-night cap would have to notify owners and tenets in adjacent and abutting buildings.

This 120-night limit element of the proposal has been met with backlash from some homeowners in West Los Angeles who have come to rely on money earned renting out their property on Airbnb and other platforms.

“This is preposterous and pure exploitation of citizens trying to work hard and get ahead,” said Pamela Frerichs, a self-described Airbnb “Super Host” in West L.A. “The Airbnb community does not need to be regulated by the city. The platform is already doing a good job screening hosts and guests.”

The City has been attempting to regulate this industry since 2010, ever since services like Airbnb, VRBO and HomeAway broke on to the scene. And while the rules approved by the Planning Commission were met with enthusiasm from lawmakers, some Venice residents are wary of the proposal, especially the prospect of rent-stabilized units being allowed as short-term rentals.

“The people living in Venice in these apartments are the middle class that are disappearing from the neighborhood,” said Venice resident Tracy Aldridge. “Not to mention everyone who comes wants to party but the rest of us are getting ready for work the next day.”

Ingrid Muller, another Venice resident, pointed out in a letter to City Council that allowing rent-stabilized units to be rented as short-term units would be unwise in light of the homelessness crisis facing the City.

“Don’t we have enough struggling, homeless Los Angelenos, and not enough housing for our needy?” Muller asked.

The Venice Neighborhood Council (VNC), echoing the concerns of these residents, sent a letter to City Council in which they raised issue about the inclusion of short-term rentals in the proposal.

“Venice is the City’s most severely impacted neighborhood in Los Angeles… and we are losing affordable and Rent Stabilized housing to STRs at an alarming rate,” wrote Mike Newhouse, VNC president. “We urge Councilmembers Bonin, [Paul] Koretz, [Herb] Wesson and the entire City Council to take additional assertive actions to protect our endangered affordable housing and RSO housing stock, and to protect home sharing from speculators and profiteers who are undermining its success.”

The rules, which were considered by the Planning and Land Use Management Committee after Yo! Venice sent the paper to the printer. For the most up to date status of the regulations, read the online version of this article at yovenicenew.wpengine.com.