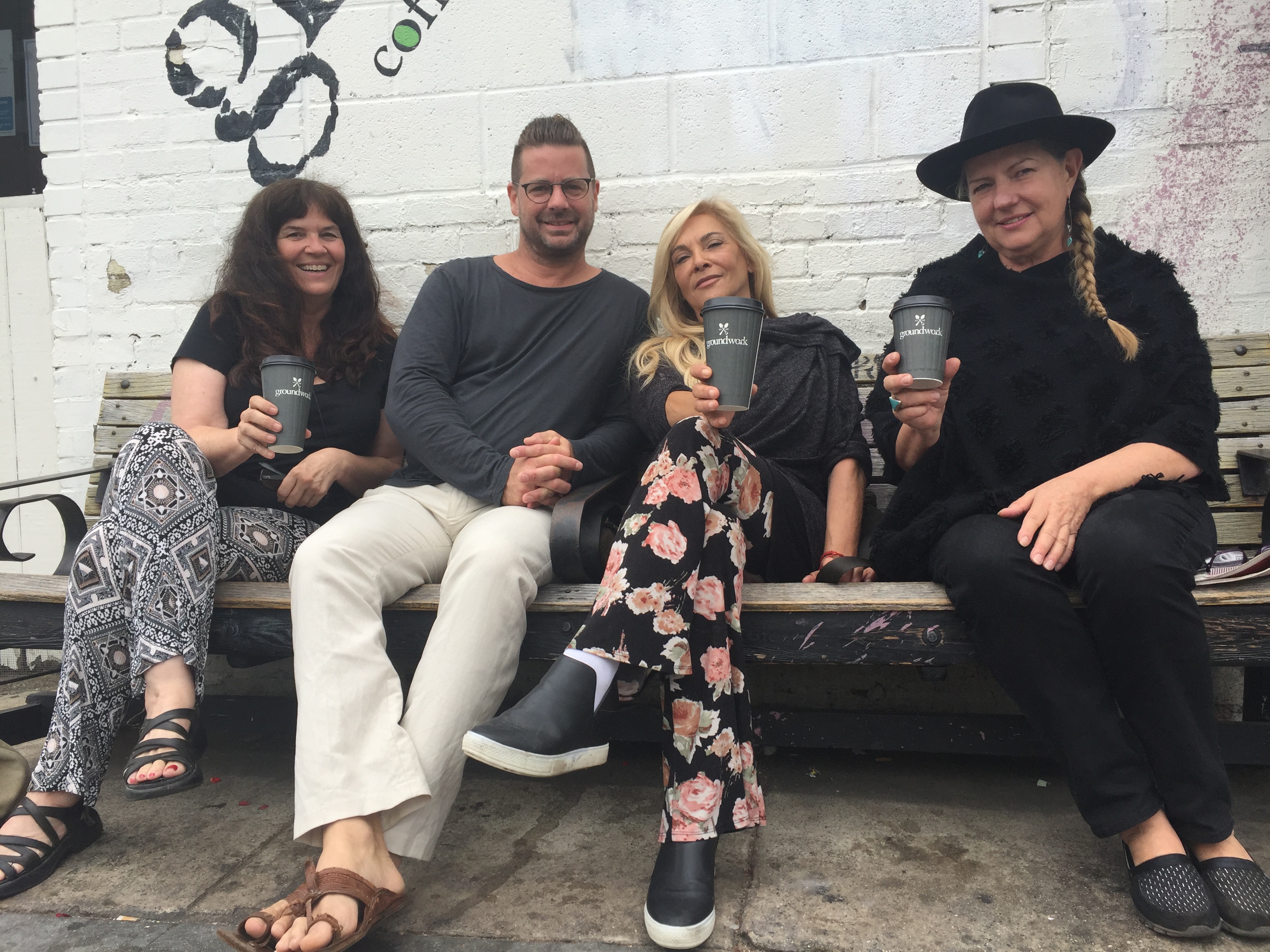 “Embargo,” a documentary on Cuban American relations that sparked controversy at this year’s Miami Film Festival, is set to screen at Laemmle’s Monica Film Center for one week starting September, 8th. Yo! Venice met up with the film’s director Jeri Rice at Groundwork coffee shop on Rose Avenue in Venice to discuss what compelled her to spend 15 years chasing the story.

Rice first visited Cuba in 2002 with the University of Washington joining a tour with U.S. Senator Maria Cantwell and forty women who were of influence in Seattle. On their second day in Cuba, the group had an audience with Fidel Castro.

“I was one of those moments that was completely surreal. He talked to us for about six hours, and I think the thing that touched me the most was that he started out by saying that this Utopia that he tried to create he didn’t succeed in creating and that he didn’t have time to fix it” Rice told Yo! Venice.

Rice’s opinion of Castro flipped, and she saw an “extremely human” of a man she had feared growing up, and who so many called a monster.

Feeling a sense of responsibility “from that moment forward to really understand” the relationship between the United States and Cuba, Rice began her research. “For myself first of all. But, then as I came to know creative people in the film community and become more and more involved in it, it became that this film was somewhat of a responsibility.”

Rice used Groundwork coffee shop on Rose Avenue in Venice as production headquarters. Sitting under a canopy of bougainvillea at the café’s outdoor dining area, she told Yo! Venice, “this is my temple.” When she first moved to the neighborhood, the café had been where she discovered her tribe. At Groundwork, she developed relationships and connected with some of the creative people in Venice who helped her bring “Embargo” to the big screen. All long-time Venice locals; co-producer, cinematographer Todd Sali, associate producer Sofia Baum, editor Alex Chavez, graphic designer Taylor Barnes, and executive producer Suzanne Thompson were, and still are, Groundwork regulars.

“There’s a lot of animosity with Cuban Americans, Fidel’s name is brought up, and you can’t even have a conversation. But, it’s starting to peel away,” Thompson told Yo! Venice, adding that the film is an opportunity to hear a side of the story people haven’t heard before. “There has been a huge blackout of what’s going on in Cuba…the story really hasn’t been told,” she said.

Thompson is the founder of the Arts and Cultural Bridge Foundation, an organization that aims to foster opportunities for artistic and cultural exchanges between the United States and Cuba, with the hope of nurturing a better understanding between people on both sides. Thompson’s Foundation is sponsoring screenings of the documentary.

“It was the most controversial film in the Miami Film Festival,” said Rice. Inciting heated discussion after the screening, a review in the Miami Herald accused the film spreading a “propagandistic” message “straight from the Cuban government playbook.” Rice argues her message is not propaganda. “I have no agenda. I’m a Jewish woman from Portland, Oregon who had a retail clothing store in Seattle for thirty years. I didn’t know anything about history. I didn’t know anything about filmmaking. It was a total metamorphose of my being to navigate through all of this, to this point.”

Rice rejects accusations that the film is no more than a conspiracy theory. “Peter Kornbluh, who is the top historian in the United States on Cuba for the National Security Archives, is my historical consultant. Every single piece of information in this film is factual. The only thing controversial about it is, I put it in context…Where we can see who the real culprits are in declassified documents from all sides,” she said.

Along with information from recently declassified documents and original interviews including; Robert F. Kennedy, Jr., Sergei Khrushchev, Ted Sorensen, and Lucie Arnaz, the film includes an array of historical, political, and cultural perspectives.

“I think it’s really important for the American people to understand how we’ve all been embargoed for the past 54 years and I think hearing this from eyewitnesses who were actually in the room all the way through this period of history is a good way to do so…There is a history beyond the history that we all thought we knew,” Rice said.

“Embargo” premieres in Santa Monica at the Laemmle Monica Film Center, 1332 2nd St, Santa Monica, on September 8th through the 14th for a one-week run.