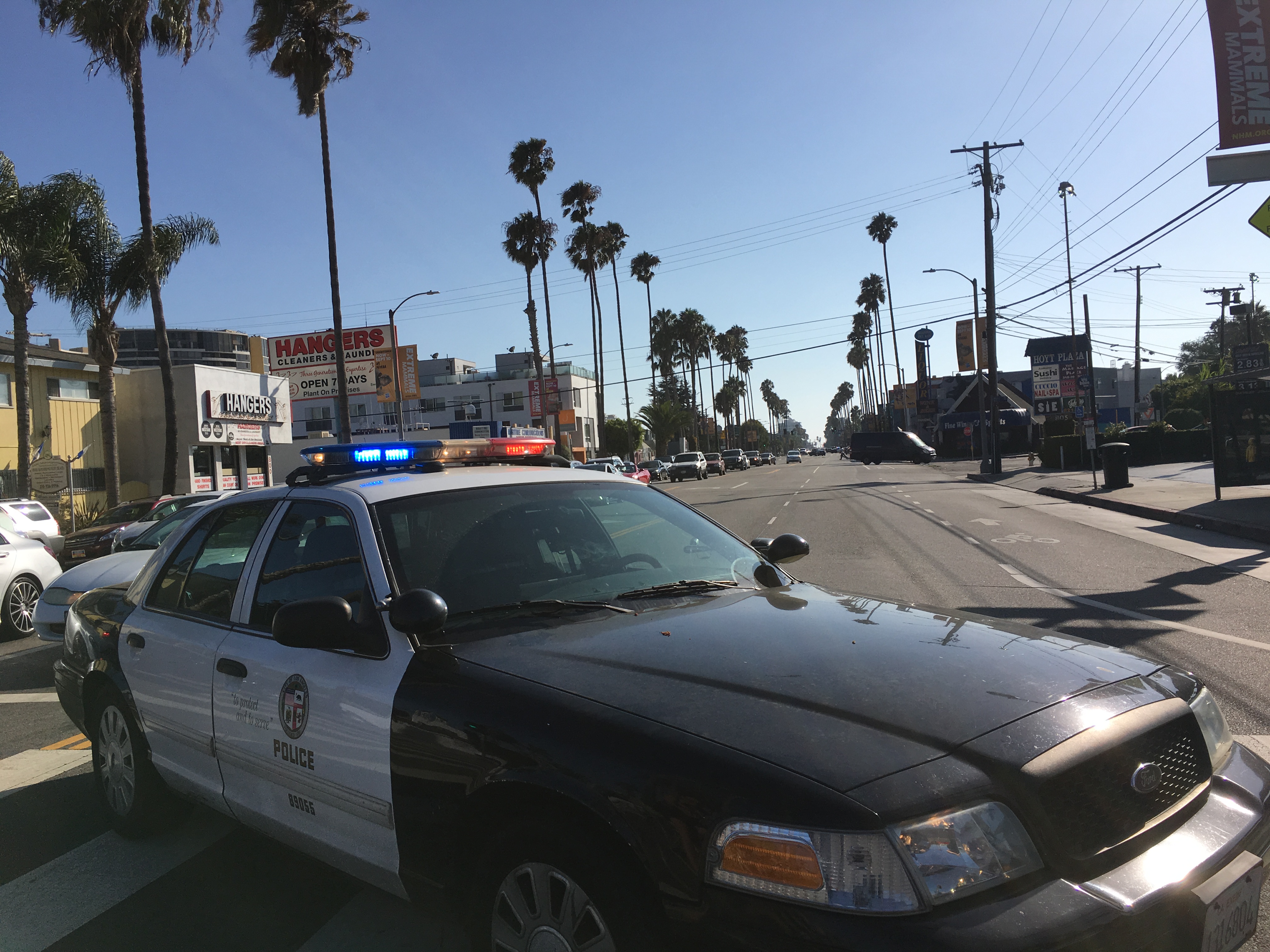 Los Angeles Police Department Pacific Division Captain Dominic Choi told Yo! Venice arrests made on Saturday, August 19th should result in a decrease in burglary thefts from cars in the neighborhood.

Police blocked Washington Boulevard west of Abbot Kinney Boulevard as they searched for the burglary suspects. “These were suspects wanted in multiple Burglary Thefts From Vehicles, essentially breaking into cars and stealing property from inside.  A variety of different property was taken,” said Choi.

Officers caught a man and a juvenile female about 4:30 p.m. “Two of the three suspects were caught and one got away,” Choi told Yo! Venice.

Police collected evidence from a black Ford Focus dumped by the suspects on Thatcher Ave., on the border of Venice and Marina del Rey. Choi said as far as he knew the car was not stolen.

“The arrests were definitely a win for the team as we believe the suspects were involved in multiple incidents,” said Choi, adding the biggest tip for neighbors “is to not leave valuables inside your vehicles.  These are crimes of opportunity.  If there is nothing to steal, chances are the suspects will move on to the next vehicle.”