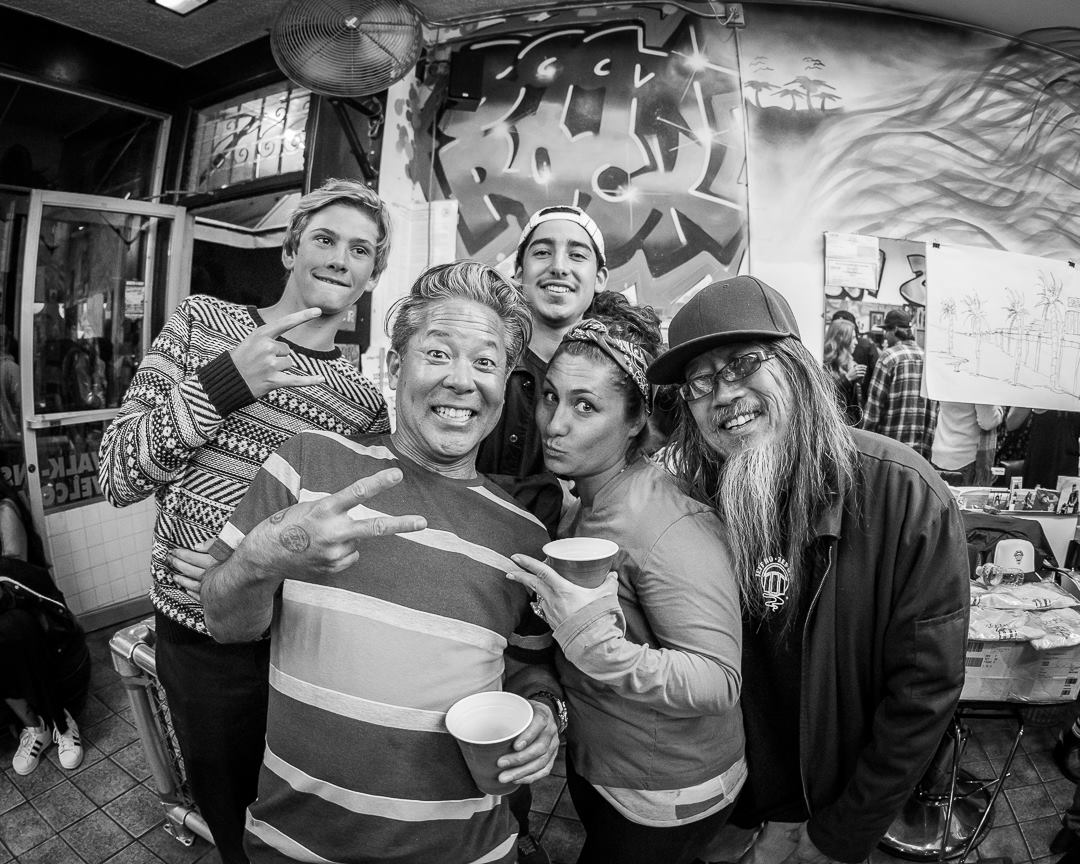 Local businesses team up with artists on Thursday, May 18th for the latest Venice Art Crawl (VAC). A stretch of Venice Boulevard from Speedway up to Lincoln Boulevard will play host to most of the art action.

The Venice Art Crawl has a mission to foster and reinvigorate the creativity that makes Venice such a vibrant and dynamic community.

There are a couple of notable detours.

The Lincoln, at 2536 Lincoln Blvd, will present Art in Motion II: a series of video works curated by Saeli Eshelman featuring Yoko Ono, John Baldessari, and Joan Jonas. Art lovers can make the most of the bar’s $5 VAC cocktail special, “Blood is Thicker Than Water”  made with Tequila, blood orange, lime, and elderflower.

Venice Art Crawl President Sunny Bak will host a silent auction at The Sunny Bak Studio, 2214 Pacific Avenue. Work from local artists will be up for grabs; a skateboard, ceramics by Sandra Zebi, and a drum skin donated by drummer Lucky Lehrer of the Circle Jerks are a few items up for auction.

If you’re having trouble deciding where to start, info booths with VAC maps will be at the Canal Club and the Abbot Kinney Memorial Library.