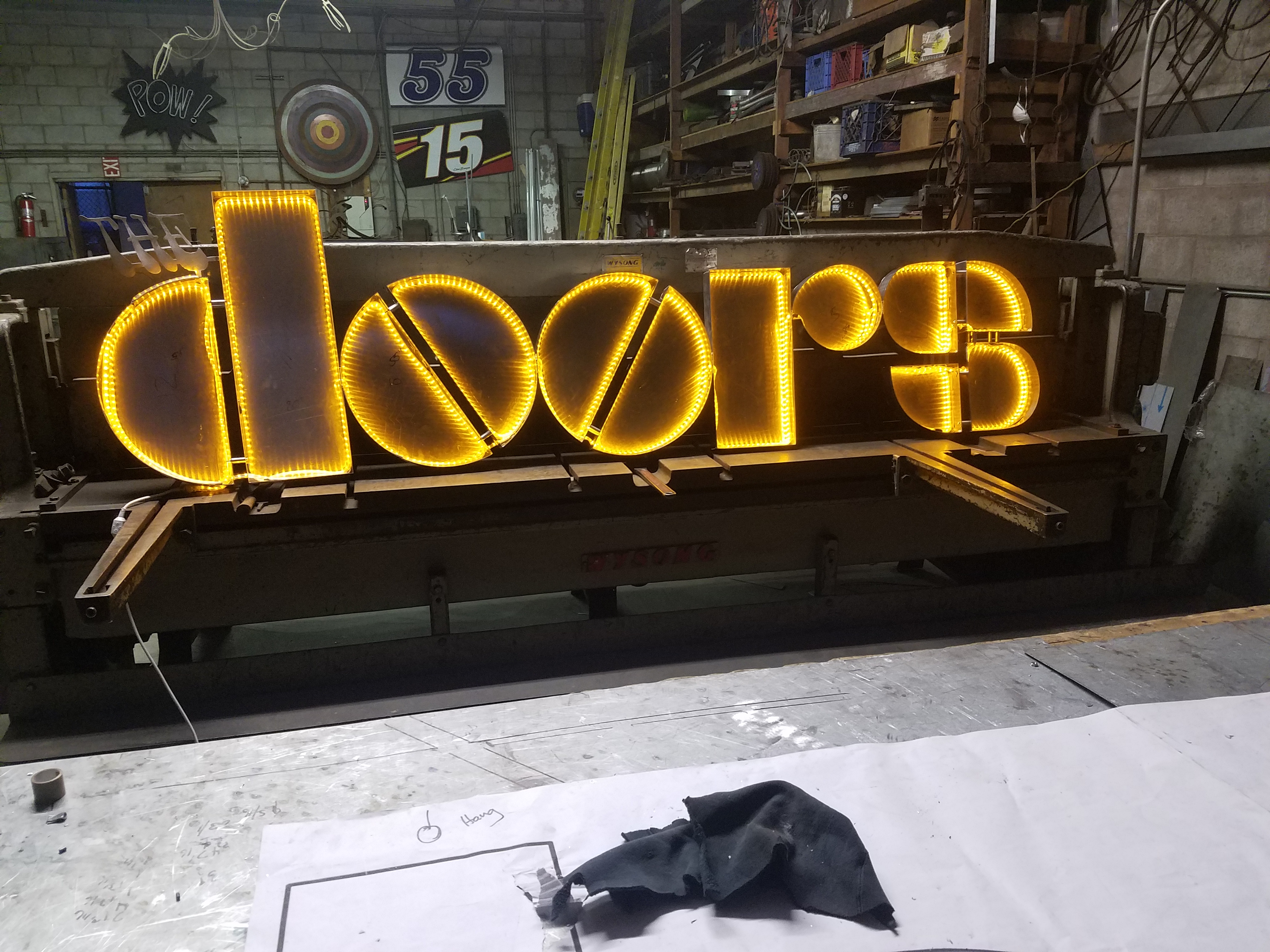 The special Day of the Doors sign made by local Venice artist Alberto Bevacqua.

At 5:15pm on Wednesday, January 4th will officially become “Day of the Doors.”  Los Angeles City Councilmember Mike Bonin will make the announcement under the Venice Sign at the intersection of Pacific and Windward Avenues.

“Venice is a place where many have chased their pleasures or dug their treasures. It is a place that birthed The Doors and taught us all to cherish the funky, weird, and world-renowned vibe that Jim, Ray, Robby, and John helped make famous,” says Bonin.

debut album. To this day, the album is considered to be one of the all-time great rock and roll debuts. Founding Doors members John Densmore and Robby Krieger were on hand at the event as well family members of the late Ray Manzarek and Jim Morrison.

“Very apropos that The Doors are jump-starting our 50th in Venice, where we started,” said Densmore. “Our songs sprang up out of the Pacific like beautiful, edible, silver fish and apparently the world took a big bite.”

Formed in Venice, The Doors went on to become the definitive sound and voice of the 1960s and influenced countless generations to come with classic songs such as “Light My Fire,” “Break On Through (To The Other Side),” and, of course, “L.A. Woman.” Their story has been the subject of countless books and films, including the infamous 1991 film by Oliver Stone and the acclaimed 2010 documentary, When You’re Strange, narrated by Johnny Depp.

Robby Krieger on stage in Venice. Photo by: Venice Paparazzi.