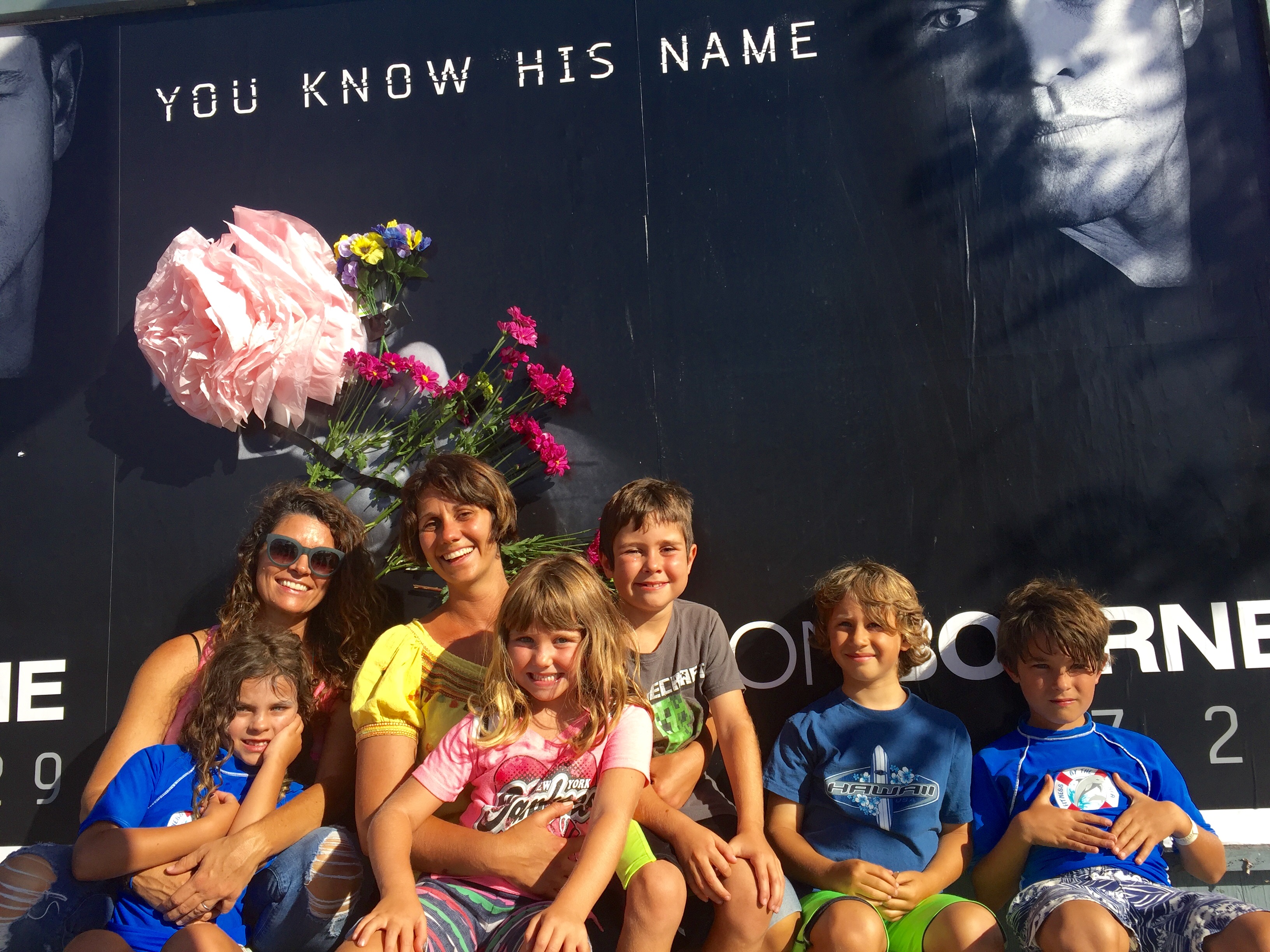 Members of a Venice family say they don’t want to be the target in a marketing campaign for Matt Damon’s latest movie. Making a stand at the corner of Venice and Lincoln boulevards, Nisa, her two children Izzy and Harper, along with a group of neighbors use flowers to block an image Nisa says sends a negative message to her kids.

Jason Bourne movie posters line up one after the other. Damon stares out towards the passing stream of cars, focused on a target, gun drawn. “I drive on Venice everyday,” says Nisa. At first she said she thought nothing of the ad, “and then I looked in the backseat and I saw my kids staring at it and the look on their face was sad. I thought, ‘you know what? I need to interrupt this image.’”

So began the Venice based #FlowersOverGuns movement. Nisa and the gang covering up each gun Damon is holding with a big paper flower. “I don’t think it’s OK to have guns on billboards, 15 of them…” says 6 year old Harper. She leads the way, a bunch of faux flowers in hand, towards a black space between Damon’s face and a now, flower-covered gun.

“Guns can hurt people…It’s really stupid because they know little kids will drive past and look at them and look at the guns,” says 8 year old Izzy,“…it’s like pointing at  everybody and I don’t like that…” says Harper as she throws petals in the air, chanting, “flowers over guns!”

Nisa says she hopes the flowers bring a bit of happiness to those that see them, “our world is getting a little ugly and everyone I think is a little stressed out.” Soon the wall is covered, paper petals speckle the sidewalk. “It looks so much nicer,”  a person calls from their car as they drive past. Nisa smiles and waves. “I wanted to make something beautiful on top of something ugly,” she says. Mission accomplished.