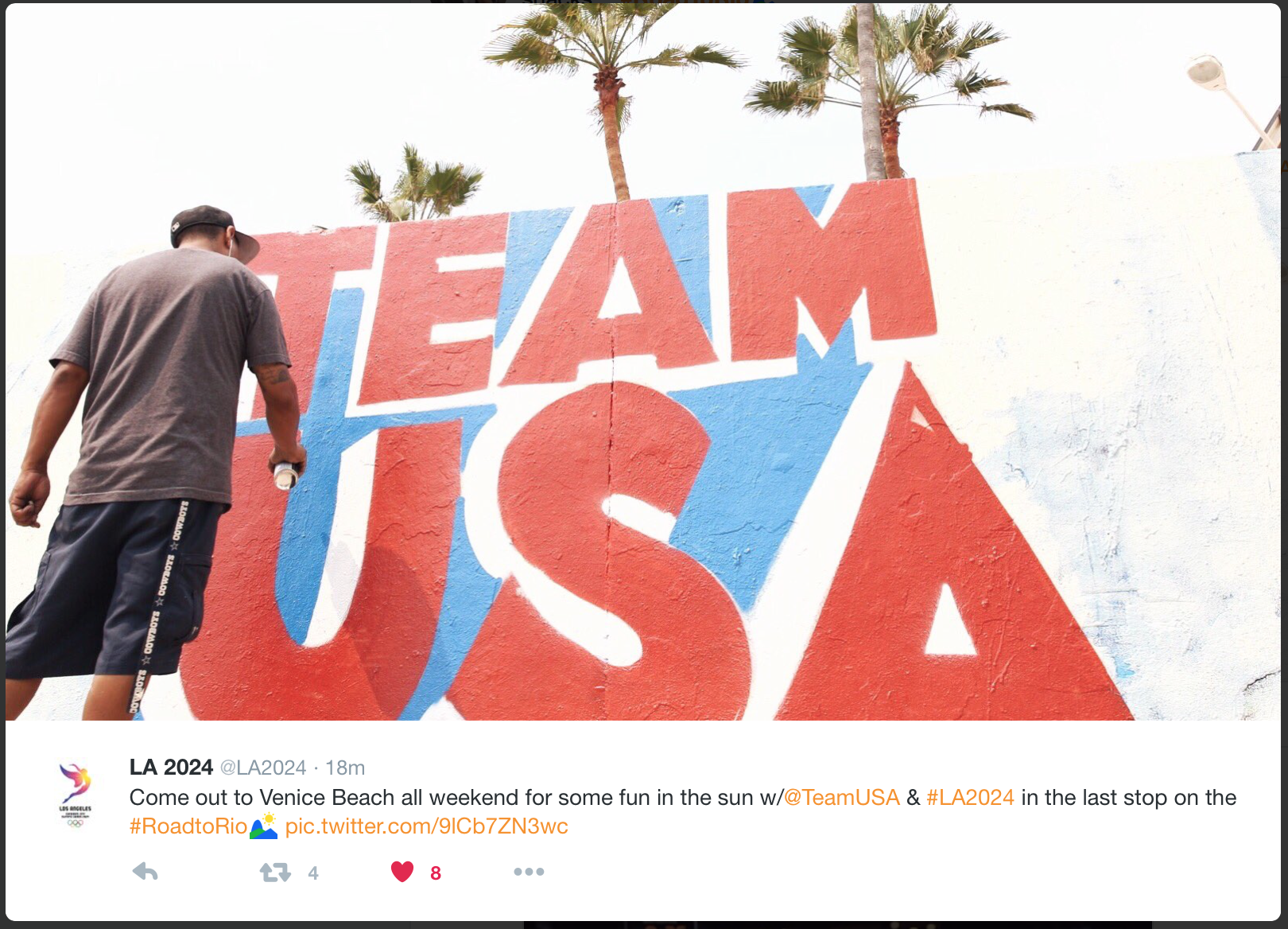 More than 550 athletes will be officially announced as members of the 2016 U.S. Olympic team today at a fan event at Venice Beach.

Beach volleyball player Kerri Walsh Jennings and basketball player
Tamika Catchings, who will both be seeking their fourth gold medals at the Rio
de Janeiro games, Tony Azevedo, the captain of the U.S. men’s water polo team,
and four-time gold-medal winning swimmer Janet Evans will officially announce
the team members. Evans is vice chair of the committee trying to bring the 2024 Olympics to Los Angeles.

The announcement will be made at 12:45 p.m. and air on @TeamUSA via
Twitter and Periscope. The Road to Rio fan celebration will take place from 11 a.m. to 7 p.m. today and Sunday at the Venice Beach Boardwalk at 1600 Ocean Front Walk.