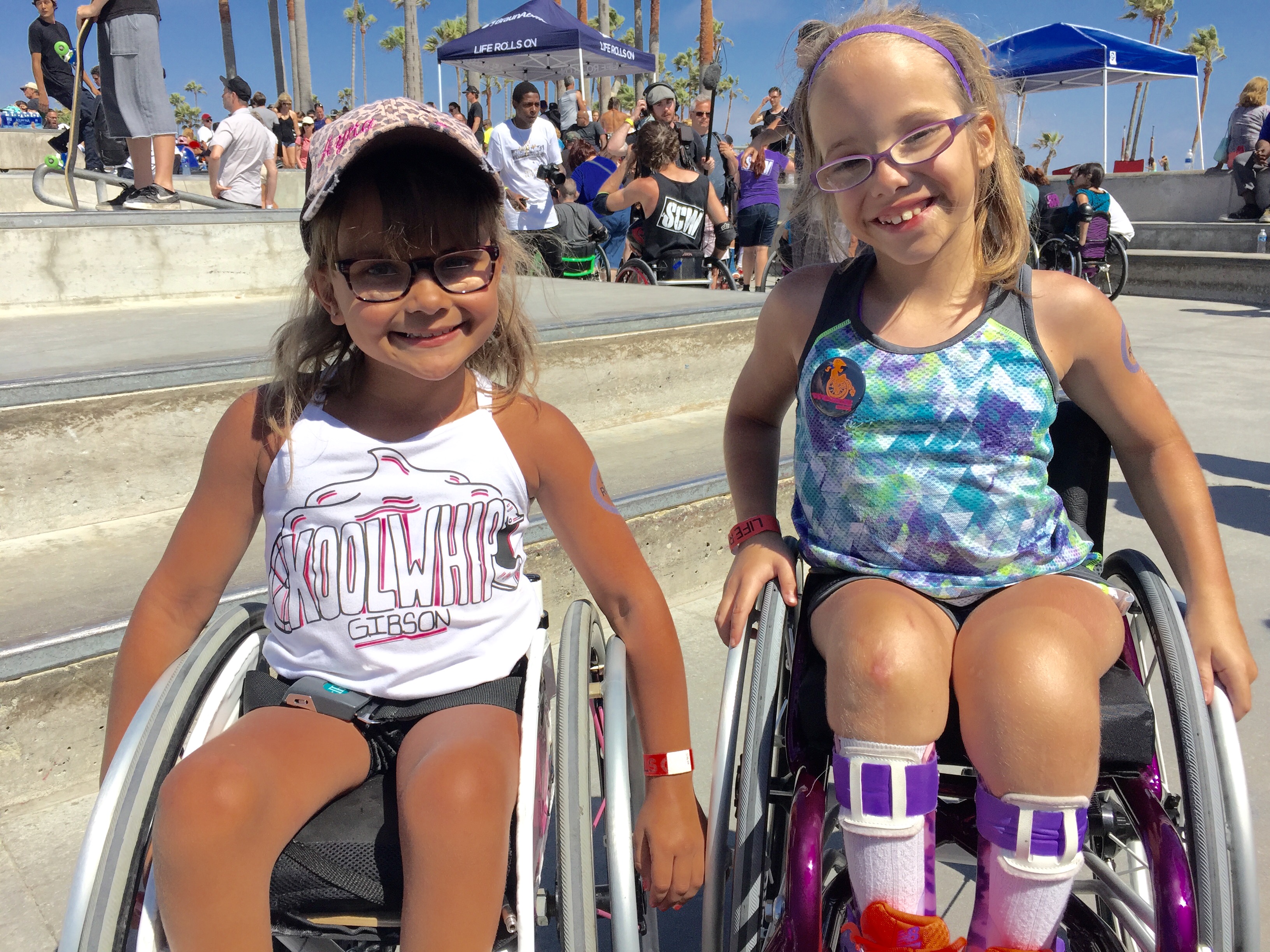 It was a take over at the Venice Beach Skate park. Adaptive athletes dropped in at the 2016 Life Rolls On event, proving there is no such thing as limited ability.

Life Rolls on is a non-profit organization dedicated to improving the quality of life for young people affected by spinal cord injury. Believing that adaptive surfing and skating can inspire infinite possibilities beyond paralysis.

On March 1, 1996, Life Rolls On founder, Jesse Billauer was ranked in the top 100 junior surfers in the world. Three weeks later, a wave at Zuma Beach rendered him unable to stand again.

However, this paralyzing accident would not keep Billauer from surfing. “About 15 years ago I started Life Rolls On,” says Billauer, who refused to listen to those who said he would never surf again. Pioneering adaptive surfing gear, and with the help of the loyal surf community, Billauer got back to the waves.

They Will Surf Again, has grown into a catalyst of hope for thousands of individuals throughout the world and has expanded to skate parks across the country under the banner of Life Rolls On.

Katherine Beattie is a regular at Venice Skate Park. “It’s the best park in LA. I drive an hour before work to get here ‘cos I love the vibe.” She used to skate regularly until she was around 11 years old when she went on what she calls, “an extended hiatus.” In the 12 years she didn’t skate Beattie went through surgery, “I never recovered and couldn’t skateboard any more.”

It was Life Rolls on that got Beattie back into the sport she loved. She started skateboarding on her knees and then moved into WCMX with her wheelchair, where she became the first woman to do a backflip in a wheelchair. However, she balks at the idea that she might be an inspiration to people.

“I’d rather just be a good skater, a good WCMXer. If people get motivated and stoked by what I’m doing that’s awesome but I’m really just out here, just like any other skater, to have a good time and push myself,” she says.

While Beattie may not see herself as an inspiration even Billauer says he is motivated by the people he meets at the Life Rolls On events.

“We had the biggest turnout. A bunch of young kids in wheelchairs and a bunch of athletes came out to support this whole cause. I was just very inspired and super motivated to see people who just never want to give up, no matter what happens to them in life, they just follow their heart and follow their mind and they just want to do amazing things,” he says.

Abandoned at birth, Polina Skaggs spent the first 5 years of her life as orphan in an ‘Home for Invalids’ in Russia.  When her American parents, Larry and Kendra Skaggs adopted her, Polina’s paralyzed legs where broken in 2 places and she needed multiple surgeries. Early on she suffered Reactive Attachment Disorder, a condition found in children who may have received grossly negligent care early in life.

Now, fearless, 8- year-old Polina says the best part about honing her “skills” at Life Rolls On They Will Skate Again is “falling.” She says she practices at home “pretty much every day.” She even has a name for her bright purple wheelchair, “Plum Crazy…It’s a crazy fellow!”

Already armed with a slick set of skills Polina can Duck Walk, Hand Plant, and do Wheelies. Skaggs says Life Rolls On is a great opportunity for the younger kids to, not only make new friends, but also “push each other to their limits and learn new things” that they can take with them into everyday life.

“Today Polina learned how to do steps. So now when we’re out and there isn’t a ramp or an elevator, she can do steps and not be scared to do that and make her way around. Independence is really important.”

Skaggs says the biggest misconception is that being in a wheelchair is limiting. “Everybody always wants to know is she ever going to walk? But, walking isn’t that important. She has her wheels and she’s happy. We have opportunities that other people never get to do,” she says.

Beattie says that while able bodied people might think having an amputation or being in a wheelchair is a terrible thing she couldn’t disagree more.

I get to have my bike with me 24/7, have a good time, drop into bowls. Who wouldn’t want that!  Wheelchairs are fun. That’s my message. Don’t be afraid of them. It’s really just the beginning of your life. Not the end of your life if you have a wheelchair.”

You can find out more about Life Rolls On and donate, to help expand opportunities for adaptive athletes and those who aspire to live beyond limits, online at LifeRollsOn.org.