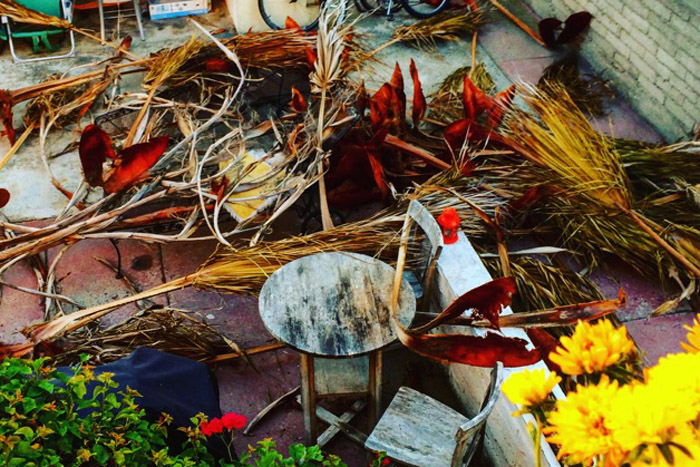 A cold front today will bring the Southland strong
winds, and a high surf advisory. While inland there could be snow as low a 3,000 feet, and an elevated danger of fire, National Weather Service forecasters said.

The winds will blow in a northwest-to-north direction before shifting to the northeast tonight into Tuesday, an NWS statement said, adding the strongest winds would sweep the mountains, the Antelope and Santa Clarita valleys, and parts of Ventura County, generating damaging gusts of 70 miles per hour, and even 80 mph in some mountain areas.

Also expected to experience damaging gusts of between 45 and 60 mph are the San Fernando and San Gabriel valleys and the L.A. coastal zone, which includes beach cities, metropolitan Los Angeles, the downtown area and the Hollywood Hills; “This wind event has
the potential to bring numerous downed trees and power lines, especially considering the widespread weakened and diseased trees
due to the drought,” the statement said. Another potential impact includes strong northerly cross winds at LAX.

A gale warning will be on effect in Southern California’s coastal
waters until 2pm Tuesday. Off the coast, northwest winds of 25 to 35 knots per hour are expected, gusting to 45 or 50 knots per hour.

“Combined seas of 18 to 21 feet…are expected when waves are
largest,” a statement said, urging inexperienced sailors to seek safe harbor before the onset of gale conditions.

The worst seas will be along the Central Coast, but surf of five to
eight feet is expected along west-facing beaches in L.A. and Ventura counties.

“Surf this large will result in dangerous rip currents,” a statement
said. “Inexperienced swimmers and surfers should stay out of the water. Also avoid jetties, rock walls, and cliffs, as large crashing waves can overtop these areas.

Temperatures will be generally higher Tuesday, up to 8 degrees higher, and will climb several degrees more, up to 10, on Wednesday and a few more on Thursday before they start to retreat on Saturday, though they will still be more than 10 degrees higher than today in some communities.

So what does Venice local Venny-Beachy think of the wind?