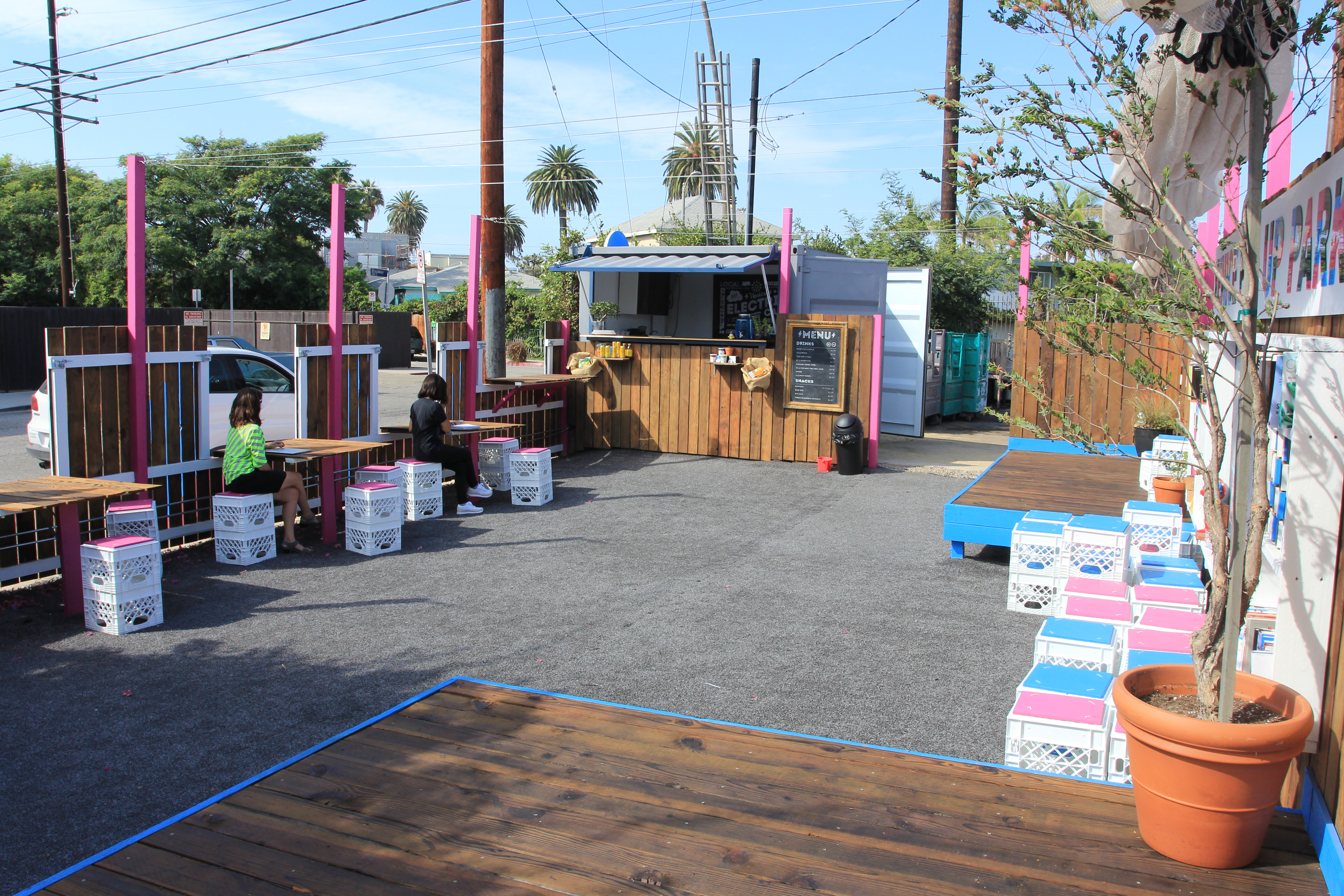 The idea for the Venice Pop Up Park came out of a TEDx event held in Venice in February by local business owners Mike Colosimo and Ian Murphy.

“We wanted to create projects out of that event,” says Colosimo. “So it wasn’t just people showing up, listening to something cool, and then going home. We wanted to create something actionable.”
Colosimo and Murphy gathered the 500 people at the TEDx event and asked what everyone would like the space to be, “everybody overwhelmingly said that they would like an outdoor, co-working space. An event space that isn’t branded, just open space for the community to use,” says Colosimo.

The Venice Place Project owns the land and have offered up the space to the community as they await permit approvals for a hotel that has been planned for Abbot Kinney Blvd.

A number of local Venice businesses and business people, Tami Pardee, 72andSunny, Venice Place Project, and Colosimo’s company 3rdPLACE all pooled dollars and resources to make the pop up park a reality. However, true to the original vision for the park, you won’t find any branding, signs, or advertising.

The park is available to everyone in the community and anyone is welcome to hold events at the park. Available to rent at night for $175, it can now be booked out during the day.

Colosimo suggests anyone wanting to hold an event at the space during the day just show up, as long as you respect others using the park people are welcome to use the space, “flash-mob style.”

“The park itself is not intended to be a profit center,” says Colosimo. “It’s supposed to be a functioning space for the community. The cost for events goes to maintenance and utilities.”

Any profits made from events held at the park must be donated to a local charity.

The Venice Pop Up Park will be open for at least the next 10 months and will remain a community space for as long as it takes The Venice Place Project to get the permits to break-ground.