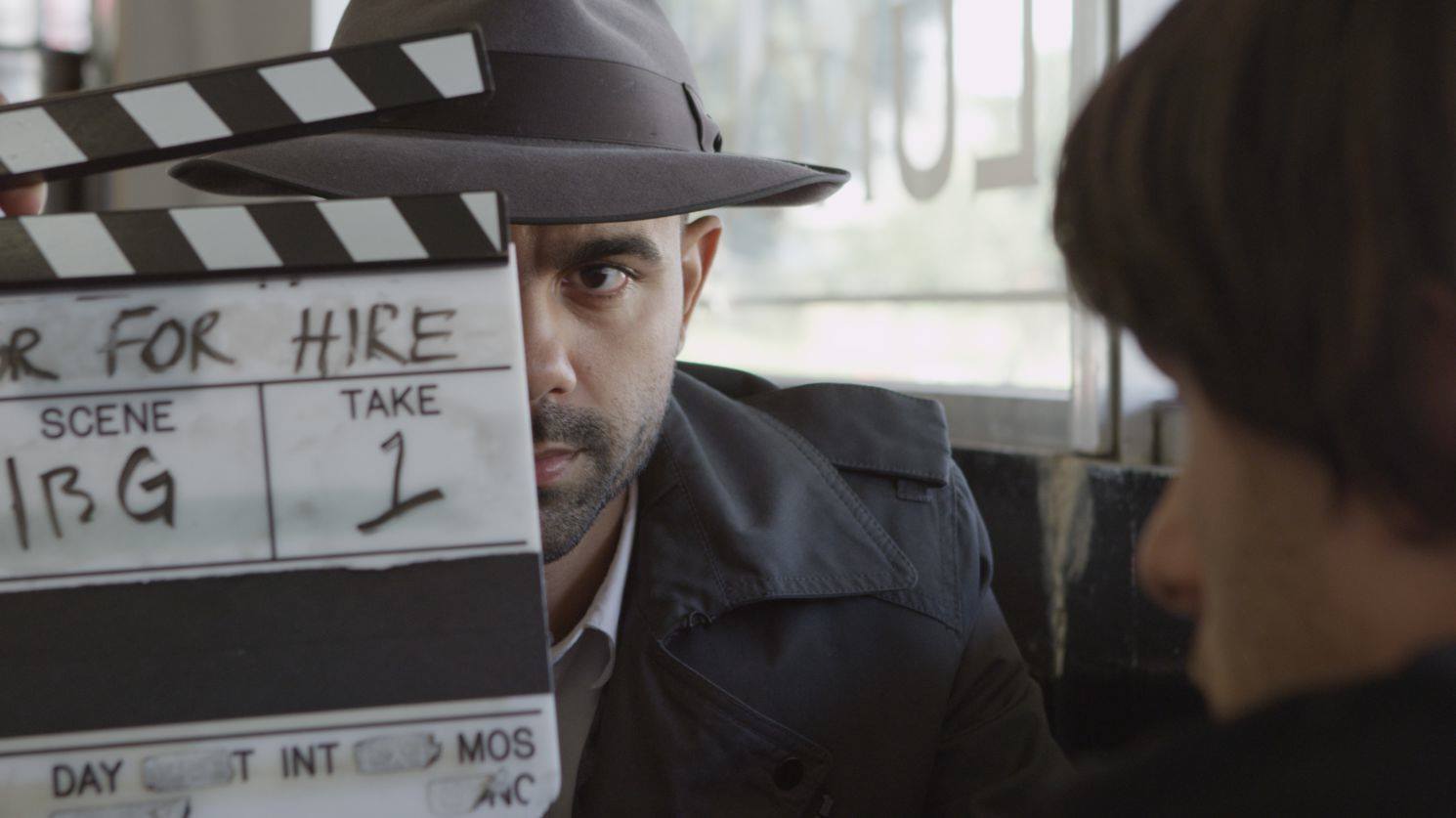 ABOVE: “Actor For Hire” will be screened opening night at the Other Venice Film Festival on Friday, Oct. 9. Courtesy Photo

The Other Venice Film Festival (OVFF) returns for its 12th season this Friday, Oct. 9 to Sunday, Oct. 11 with filmmakers from the area and aboard, including Australia, England, and Germany. It will take place at Beyond Baroque, 681 Venice Blvd.

The OVFF is a nonprofit community event dedicated to screening full-length, short and animated films that embody the spirit, energy and diversity of Venice Beach.

The festival begins at 6 pm with an Opening Night red carpet and cocktail party, art show by Dan McNay, live performance by “The Kaygle$” and feature film “Actor For Hire” directed by Marcus Mizelle.

“Being a bald, out of work actor and desperate to be seen, Jesse discovers the power of persona in the form of cheap wig,” reads the logline for “Actor For Hire.” “Wearing a part to play the part can be hairy business in this industry satire where status, celebrity, and friendship are all on the line.”

Mizelle said a big part of “Actor For Hire” was about the various absurdities and clichés of L.A. and celebrity culture, which he said he found endlessly interesting.

“My fascination of Hollywood culture is probably in part due to the fact that I was once a full-time crew member observing all types of on-set situations and different class statuses on these sets,” Mizelle said. “For about seven years, I would write and shoot my own shorts between working as a grip on ‘shows’ of all sizes. Regardless of the income gripping brought, it was never the end goal…it was the knowledge I could gain like how to light, rig a camera, properly pace a show, set safety and the people I could meet – my girlfriend and now producing partner Jillian Longnecker for one. I also quickly realized the hierarchy that is always present on a film set. Status, hierarchy, and contrasts of all sorts have become themes I find a great deal of in my own work.”

He said there were little things on a film set that don’t exist anywhere else.

“For example, one thing that always tripped me out was when an actor is giving his lines to another actor off-screen, except the Script Supervisor is reading the lines in place of the said off-screen actor,” Mizelle said. “What you get is this really fun, hilarious contrast of a focused, confident actor on screen against a usually awkward, monotone woman reading from a script, uncomfortably. With some of these, exact scenarios and my imagination, “Actor For Hire” developed into an exaggerated version of this business we call show.”

Opening night tickets ($30) are available online at othervenicefilmfestival.com (or at the door if still available). Tickets for the rest of the festival are $10 per film screening series or block.