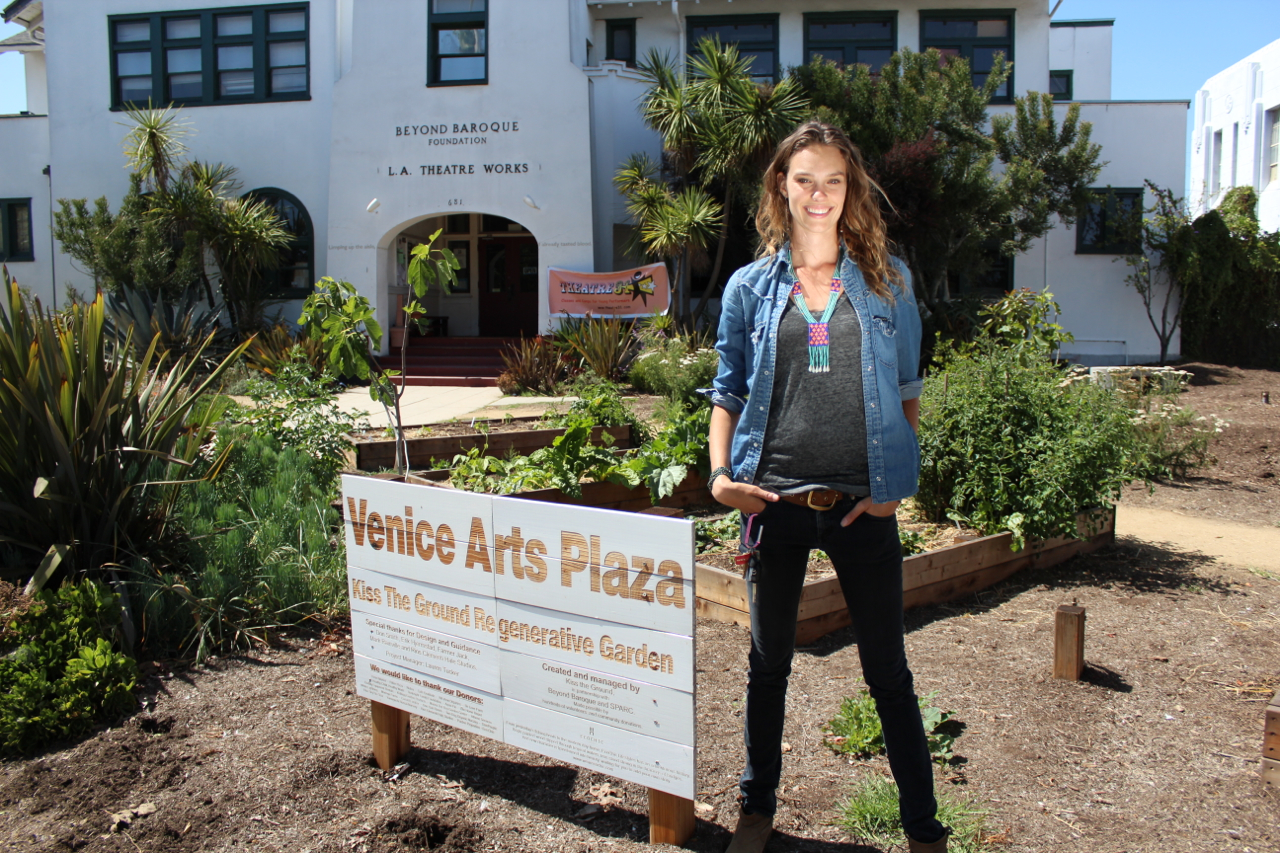 The campaign is driven by Kiss The Ground’s new short film, The Soil Story, which features appearances by recording artist Jason Mraz and support from influencers such as Willie Nelson, Incubus and Moby, all standing for the amazing power of healthy soils. The film’s call-to-action asks viewers to sign a petition, share the video and adopt practices in their lives that can aid in this solution.

“This is a pioneering solution for a drought-stricken state. Healthy soil is something that everyone can support,” says Finian Makepeace, Co-Founder and Policy Director of Kiss The Ground.

Climate change is the result of too much carbon in the atmosphere. However, agricultural practices such as not tilling the land, planting trees and cover crops, and using compost can help move carbon from the atmosphere into the ground. Soil carbon is fundamental in creating soil organic matter which increases the water holding

capacity in soils, fighting drought, and supports the growth of healthier food.

“If the end of summer legislative budget appropriations allocate these funds as currently proposed, California, one of the biggest agriculture economies in the world, will be the first US state to fund healthy soil as a solution for climate change,” says Ray Archuleta, of the USDA’s Natural Resources Conservation Service.

“Agriculture that focuses on restoring the soil protects our farms, food and future,” shares Ryland Engelhart, Co-Founder of Kiss The Ground and owner of Cafe Gratitude, the organic restaurant in San Francisco, Los Angeles and San Diego. “This is one of the most hopeful environmental solutions of our time.”

The Soil Story, directed by Louis Fox, director and writer of viral video The Story of Stuff, aims to raise awareness with the short film and inspire 100,000 signatures to the petition.

Read more about Kiss the Ground in Venice.