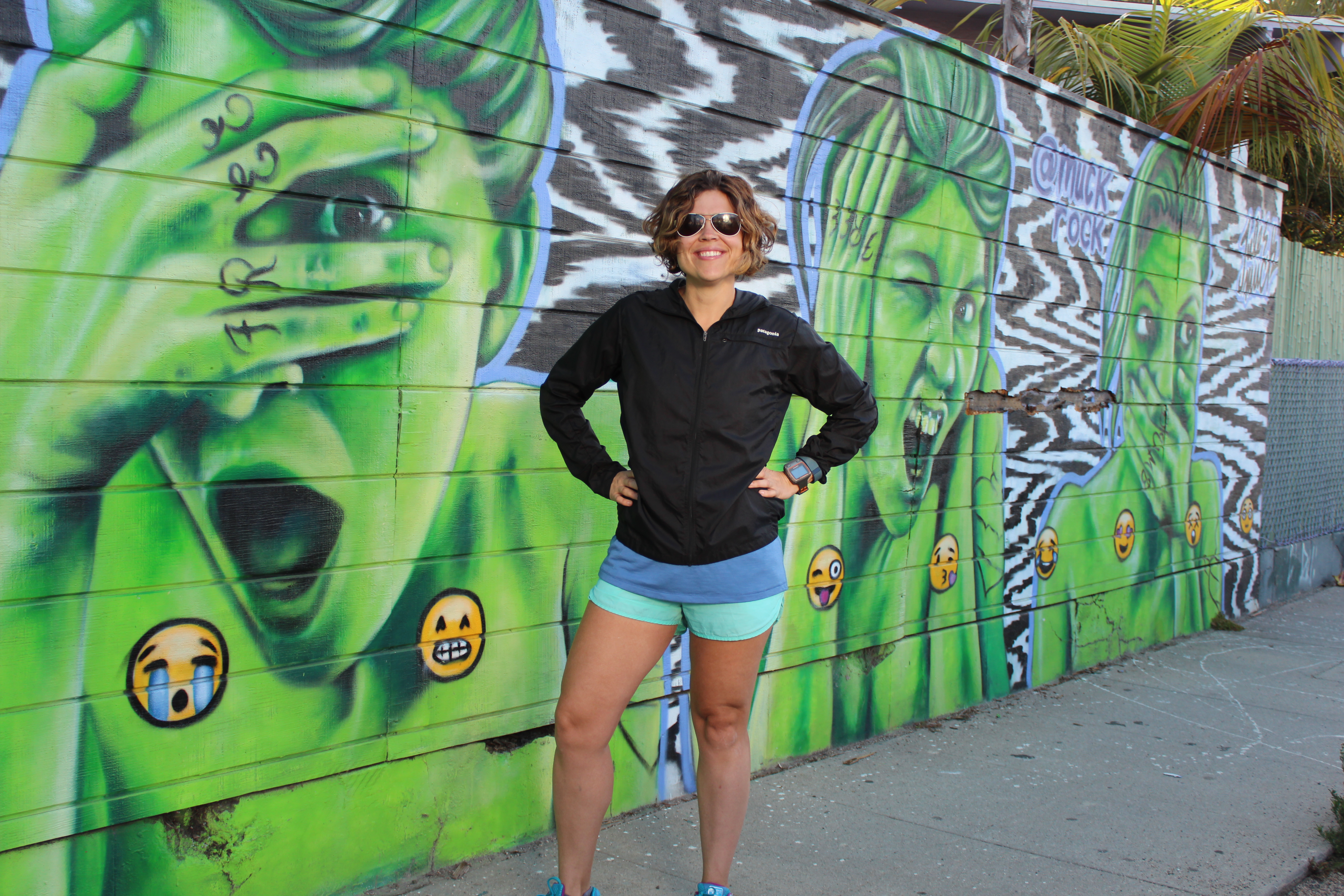 It’s Friday morning on the Venice Boardwalk, too early for the tourists. Venice locals Evan White and Mason Lee wander along Ocean Front Walk past the building that is home to the Venice Beach Freak Show. The sun shines a milky light through the marine layer, Lee points out a mural; “I don’t think that one’s in yet.”

Lee’s talking about adding the mural and its location to the app he and White have designed. The Boardwalk App is an app that showcases much of what Venice has to offer and it’s something that can be used by everybody.

From sharing the location of an obscure mural to featuring an app-only cocktail special from a local bar, the Boardwalk App is about helping both tourists, locals, and local businesses get the most out this beach community spanning from the Venice Pier to the Santa Monica Pier.

Co-founder Evan White explains how, the inspiration for the app came after feeling, that as a Venice local, he wasn’t making the most of all that was on offer in his own backyard.

“At least for me, I end up going to the same places all the time,” White says. “I think people end up kind of in a rut, they know there’s cool stuff around them but they get comfortable, so we built an app to help people explore the neighborhood around us.”

Available for both Android and iOS, the app lists more than 650 local restaurants, bars, murals, and attractions. The Boardwalk team is continually adding more and more. Within the app users can find exciting things to do, interesting things to see, and access discount coupons to local businesses.

While White says the core business is helping people find discounts at bars and restaurants, it’s art that really drives the app.

“We’ve found an awesome niche here with the art community,” White says. “There are hundreds of murals in the neighborhood which people seem to really, really love.”

Owner of local Venice business, LA Social Karma, and avid long distance runner, Jennifer Wilson (pictured above) has been using the app to help train for an upcoming race.

“I’m running a 100 mile race in August so I do a lot of running during the week and I was trying to figure out a way to break up some of the runs,” Wilson says. “I discovered the Boardwalk App and I loved all the murals, so I thought I’ll create a run around Venice where I could check out the different murals.”

The way the app works lends itself to duplication around the globe. However, if they were to expand the app to other cities White explains that because local arts, and artists are such an integral part of the app, “it would almost have to be somewhere that has an amazing art culture as well, so maybe that’s Sydney or Paris. Some neighborhood that not only has a lot of bars, restaurants, and tourists attractions, but also an amazing art community.”
For now, however, the team is happy to stay focused on the attractions in their own backyard.

“We’re not eager to spread it before it’s ready to spread,” says Lee. “Right now we’re on iOS and Android, and if anyone wants to be featured we’d love for them to email us at  info@beachmobile.net to add their restaurant, bar, or mural.”

Both Lee and White moved to Venice in the early days of the tech migration to Venice. White worked at a previous startup. Lee, an engineer by trade, moved to find like-minded tech entrepreneurs.
“We bootstrapped this, he’s (Lee) a brilliant engineer, I’m pretty good at business and we decided, let’s put this together on our own and just do it and see what happens,” says White. “So far the Venice Chamber of Commerce and the local business associations have really loved it, so we think we’re on the right track.”

For both, as locals, it was important they make something that benefits the community they call home.

“A lot of the other tech startups in the neighborhood are working on amazing, cool things, and they’re raising millions of dollars, but it has nothing really to do with the neighborhood,” says White. “Sure locals use their services, but we’re one of the very few tech startups located in Venice and really aiming to help people here in Venice.”

Check out Boardwalk in the App Store:  www.DownloadBoardwalk.com.