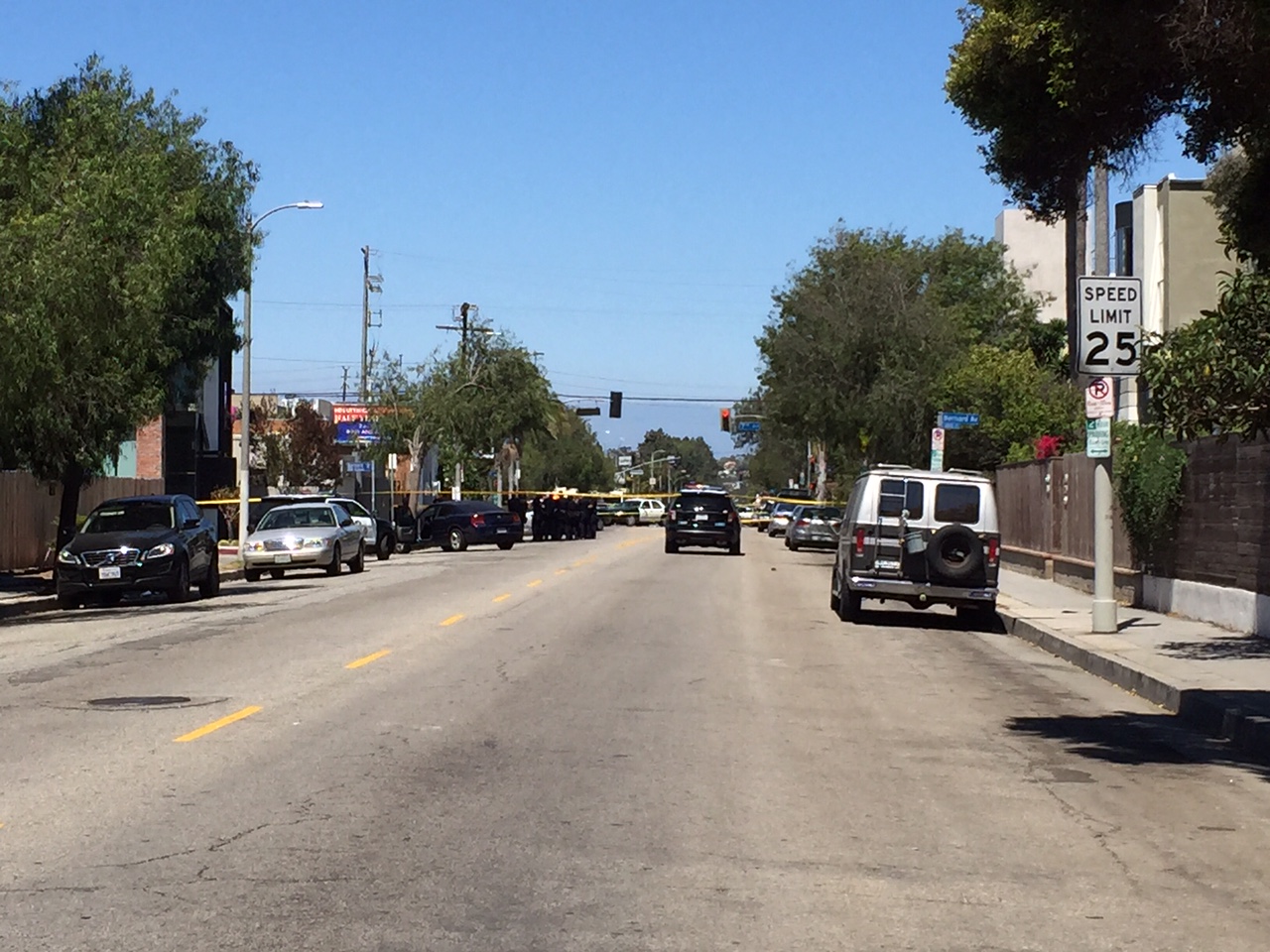 Los Angeles police have confirmed that an officer-involved shooting occurred about 2 p.m. today near Sixth and Rose in the Venice area outside Groundwork Coffee.

There’s still no word on the suspect’s condition. LAPD Officer Jane Kim says the OIS occurred when police responded to a call of a “disorderly man with a knife.”

A Groundwork Coffee employee who was at the shop’s patio described what he witnessed:

We get people who are aggressive and mentally ill quite frequently. He was vomiting and drinking a black liquid that appeared to be water with cigarette butts in it – he started acting belligerent and aggressive. He was swearing and yelling at us and telling us to film his death for YouTube and make money off it. He was saying ‘you people have been torturing me for years’ and just sort of saying delusional and incoherent babbling.

He pulled out a knife… the blade was not yet open, or he may of opened the blade I’m not certain.… we told my boss and she called the police.

They showed up, they asked the man to surrender his knife, he wouldn’t. He stood up and started yelling incoherently. One of the cops had a taser, the other had a gun – it appeared to be a gun with non-lethal bullets – we’re not entirely certain. The man came at them apparently holding a knife – a friend of mine saw this, I only saw the cops side which was being blocked by the cars. He came towards them, they tasered him. That didn’t take him down, so he kept walking. The other officer fired I think twice. He cried out in pain and fell to the ground.