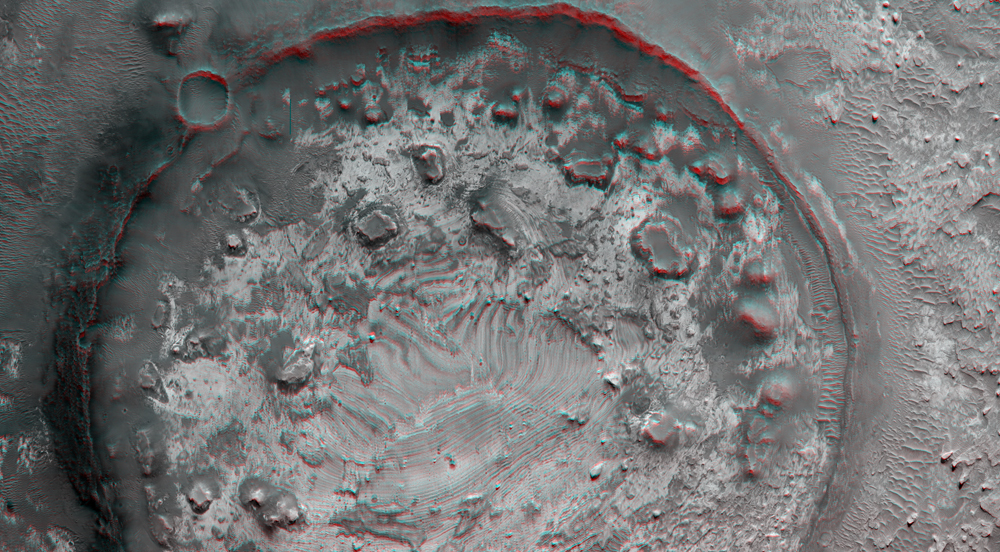 The G2 Gallery in Venice is currently featuring an exhibit with the environmental theme “The Great Unknown” through Aug. 9 featuring a handful of local artists.

“The Great Unknown” is the first exhibition of its kind to equate outer space with endangered environments on Earth.

To date, no environmental protections for extraterrestrial areas have been passed, but increasing technological advances in space exploration suggest that this new frontier would benefit from such protections.

“The Great Unknown” sets out to reimagine outer space as an environmental area that requires the same protection and conservation as forests and oceans.

The show includes three distinct collections: Mars Seen, which features massive, 8-foot 3-D images of the landscape of Mars from xRez Studio; Martin Cohen, featuring astrophotography from the eponymous artist; and Without a Telescope, a series of photographs of stars and nightscapes taken without the aid of a telescope by Beverly Houwing, Matthew Kuhns, and Chris Miele.

xRez counts Microsoft, Adult Swim, Dolby, National Geographic, Griffith Observatory, and Canon among their many clients, and the studio’s images and pursuits have been covered in The New York Times, USC News, and Wired.

Eric Hanson specializes in the creation of digital environments. His work can be seen in such movies as “The Day After Tomorrow,” “Cast Away,” and “Fantasia 2000.” Hanson is also Associate Professor at the USC School of Cinematic Arts.

Meanwhile, Downing’s specialties are image-based 3D technologies and computational photography techniques. His work in these fields can be seen in “Spider Man 3” and “The Chronicles of Narnia,” among other films, and he also teaches at Gnomon School for Visual Effects. Downing’s photographic work has been exhibited at the American Museum of Natural History, Denver Museum of Nature and Science, and Cincinnati Art Museum.

Yo! Venice spoke with Eric Hanson and Greg Downing about their works on display in “The Great Unknown.”

How many pieces are in this exhibit?

There are 11 images from the Mars orbiter on display; nine of the images are Stereoscopic and are viewed with red/blue glasses that let you see the depth of the images.

Why is this exhibit and particular  collection of works important?
These images represent Mars in a way that most people have never seen. They eerily resemble the earth’s landscapes and reveal the beauty of nature in a familiar way. The images were selections from a collection of 36,000 images. Each image was selected for its evocative spirit.

The intention is to show Mars in a new light one that is both familiar and new.

What about theme is important to you and your work?

We see this as an expansion of what we do in landscape photography, finding beauty in nature and bringing it to the viewer.

Over how many years were these works created?