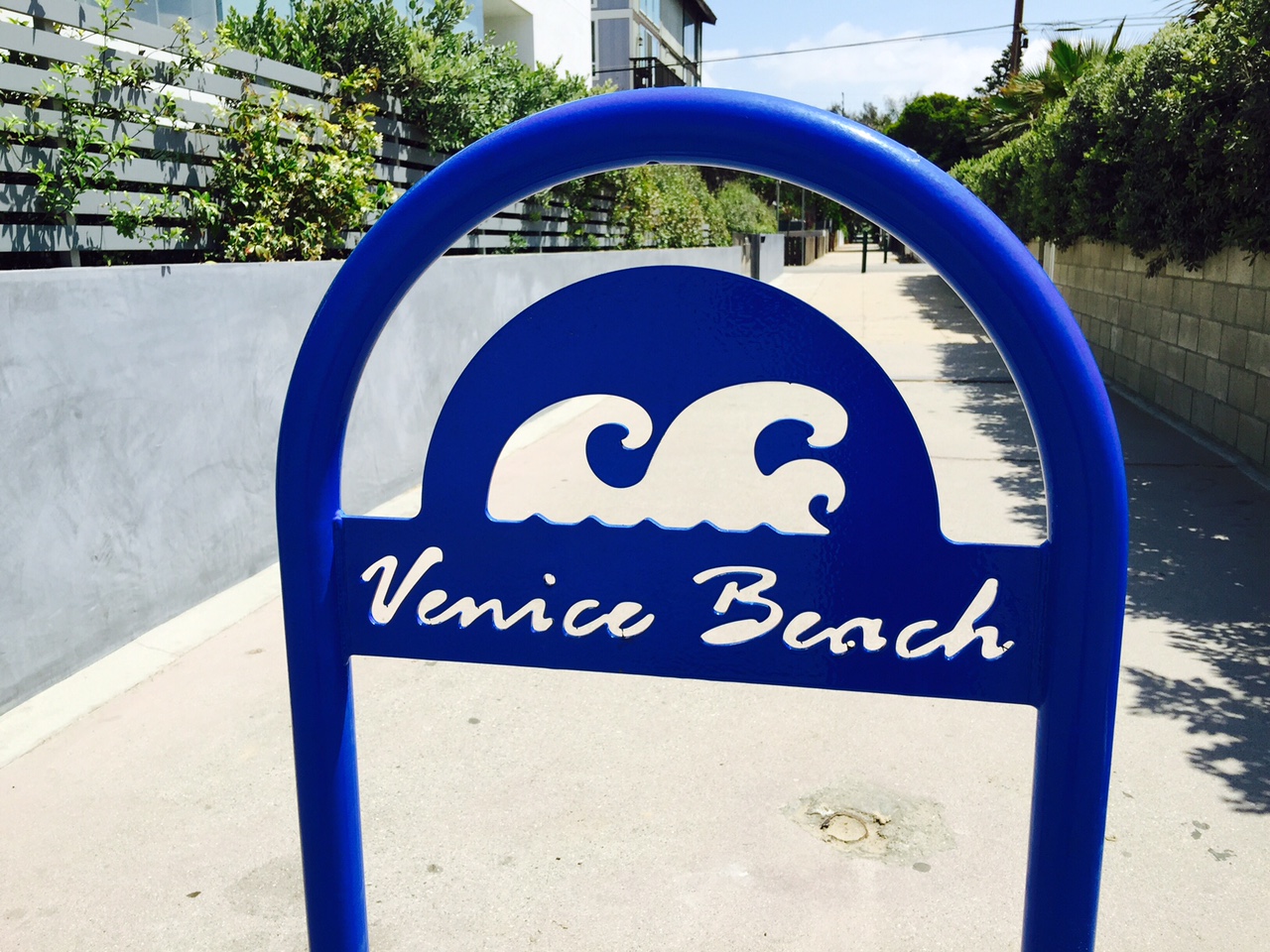 William Rodriguez of Child’s Play, a construction company subcontracting to the City of Los Angeles, has been busy drilling holes all along Ocean Front Walk.

The company has been contracted to install the bike racks at the ends of each walk street along the boardwalk. Rodriguez says overall there has been “…more “yays’ than “nays” , the “nayers” say “we’re spending money on things we shouldn’t be spending money on” Other than that, most people like them”

The bike racks  currently  run from 19th -30th Streets with a plan for to continue them up along  the Boardwalk as more funds come available.

While the racks will act as a deterrent for drivers who may mistakenly make a wrong turn onto the boardwalk, they will not be enough to stop a car from being intentionally driving onto Ocean Front Walk. As was the case on Aug. 3, 2013  when 39-year-old Nathan Louis Campbell, who is charged with murder and other counts, plowed down the boardwalk.

Closing arguments were expected to began today in the trial. Campbell is charged with murdering 32-year-old Alice Gruppioni, who was visiting Venice on  her honeymoon at the time.

In addition to murder, Campbell is also charged with 17 counts of assault with a deadly weapon and 10 counts of leaving the scene of an accident.