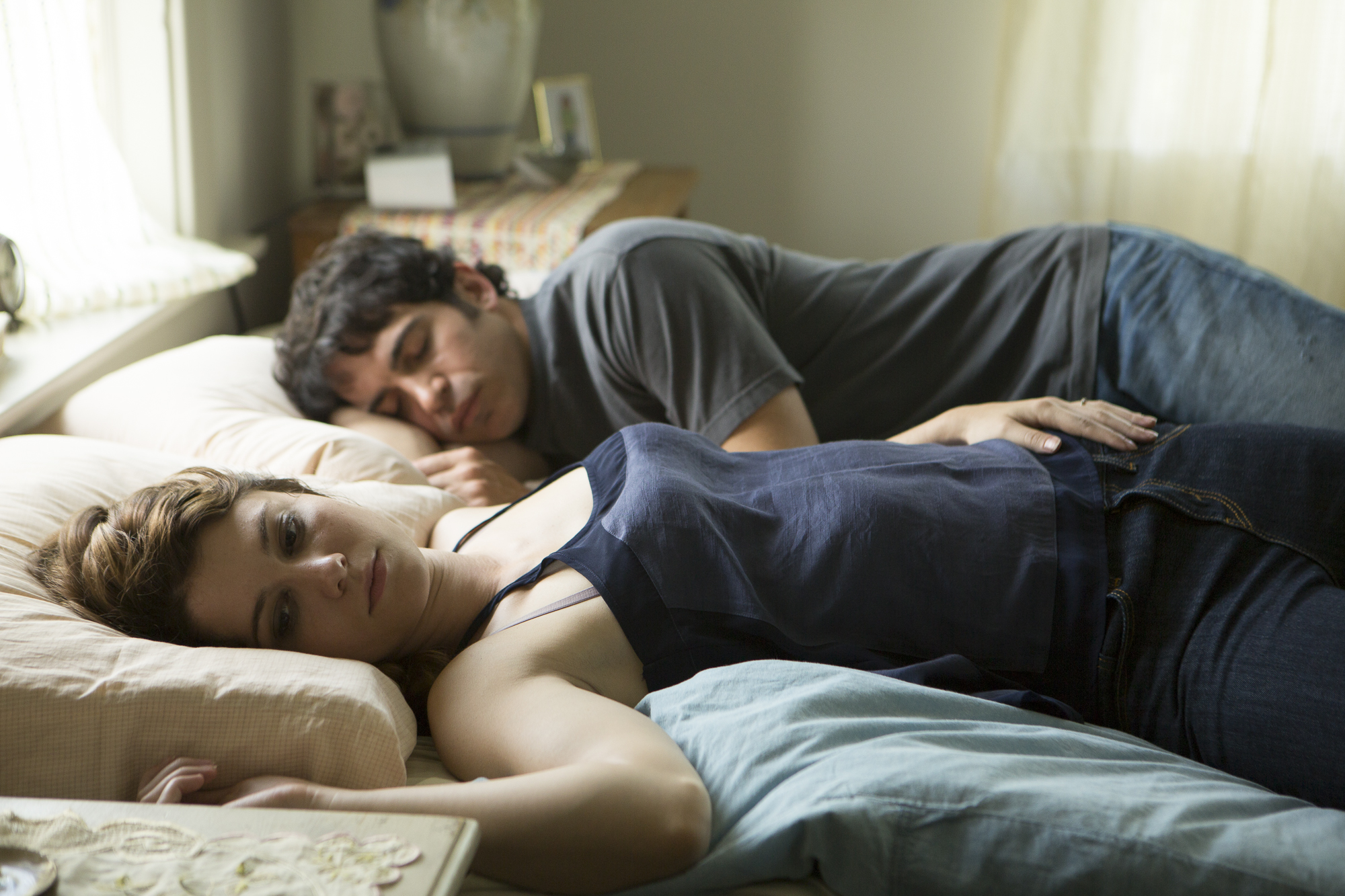 “Hey, want to be in a movie?” a production assistant asked me two summers ago while on Windward Ave.

I curiously agreed because of the person I recognized behind the camera: actor Chris Messina (“The Mindy Project,” “The Newsroom,” “Ruby Sparks,” “Argo,” et al.).

He’s one of those nameless actors seemingly in everything. All agog to see such a familiar face, I started walking when the PA gave me the cue, passed a dark-haired woman strutting in a tight dress and never looked back (literally, the PA told me not to turn my head at the camera).

For the next few years I remained quietly intrigued by the untitled Chris Messina project. Apparently, my experience, though Messina graciously thanked me for sharing in, wasn’t all that unique.

“We did that quite a bit,” Messina said of capturing real people while filming in Venice. He was speaking from his Santa Monica home last weekend.

“Everybody said it’d be really hard to film in Venice … people were pretty adamant that the community wouldn’t be up for it but it was the total opposite,” he said. “Everybody was super inviting, super cool; it was exactly was like how I thought it would have gone.”

The dark-haired, tight-dress woman was Mary Elizabeth Winstead (“Scott Pilgrim vs. The World”), who stars as the title role of “Alex of Venice,” Messina’s directorial debut and indie darling of the film festival circuit last year.

Alex Vedder is a hard-pressed environmental lawyer whose home life is capsized when her husband (Messina) suddenly decided that he can’t be her “housewife” anymore and leaves her with her father George (Don Johnson) and their 10-year-old son Dakota (Sklar Gaertner). In the midst of Alex’s most demanding case of her career and her father’s health issues, her wayward sister Lily (co-writer Katie Nehra) flies in from New York to send more shocks to the family’s fragmentation.

Like Venice, a quiet beach neighborhood constantly at odds with tourism and gentrification, Alex is in a state of transition. But to Messina, who has always escaped to Venice from anxieties of Los Angeles, the beauty of both characters (Venice and Alex) is in their authenticity.

“It’s always been a place where I would go to exhale and like catch my breath,” Messina said. “It’s great people watching and amazing characters and there’s lots of light in Venice ­– that was really important to me, that I try to capture that golden lighting.”

Golden hour scenes frame familiar Venice landmarks, like the skate park, the canals and Windward Ave., and they’re all very much intentional for a film that was shot in just 20 days.

This is Messina’s love letter to the maverick beach community, which he describes as “Brooklyn-by-the-sea.”

He likened his vision for the film to movies he grew up loving from the 70s, like what Woody Allen (whom Messina worked with on “Vicky Christina Barcelona”) did with “Manhattan.”

“I keep thinking of how epic it was and he would go from these wide shots then kicked into the details of it. That was definitely an inspiration,” Messina said. “I really wanted to make a character-driven movie that would be a real playground for actors.”

Because to Messina, it was just as important for the actors to smell the ocean while filming inside the house, as it was for the characters’ lives rooted in Venice.

Messina, who grew up in Northport, Long Island (“very much like a New England fishing town”) said he was naturally attracted to that small town feel that Venice gives off, townies and whatnot.

The film weaves themes of identity tied to land, stewardship and feminine and childhood subjectivity, often with episodes and experiences of what it’s like to live and learn in Venice.

“There are people who have lived in Venice their whole lives and grown up in Venice and kind of [have] generations in one house or the neighborhood, and that was all really inspiring to me,” Messina said.

“Alex of Venice” is rated R and opens in Los Angeles and on-demand April 17. For more information about “Alex of Venice,” visit facebook.com/alexofvenice.

By Yo Venice Staff May 2, 2015
Tags: featured in Venice Beach People
Related Posts