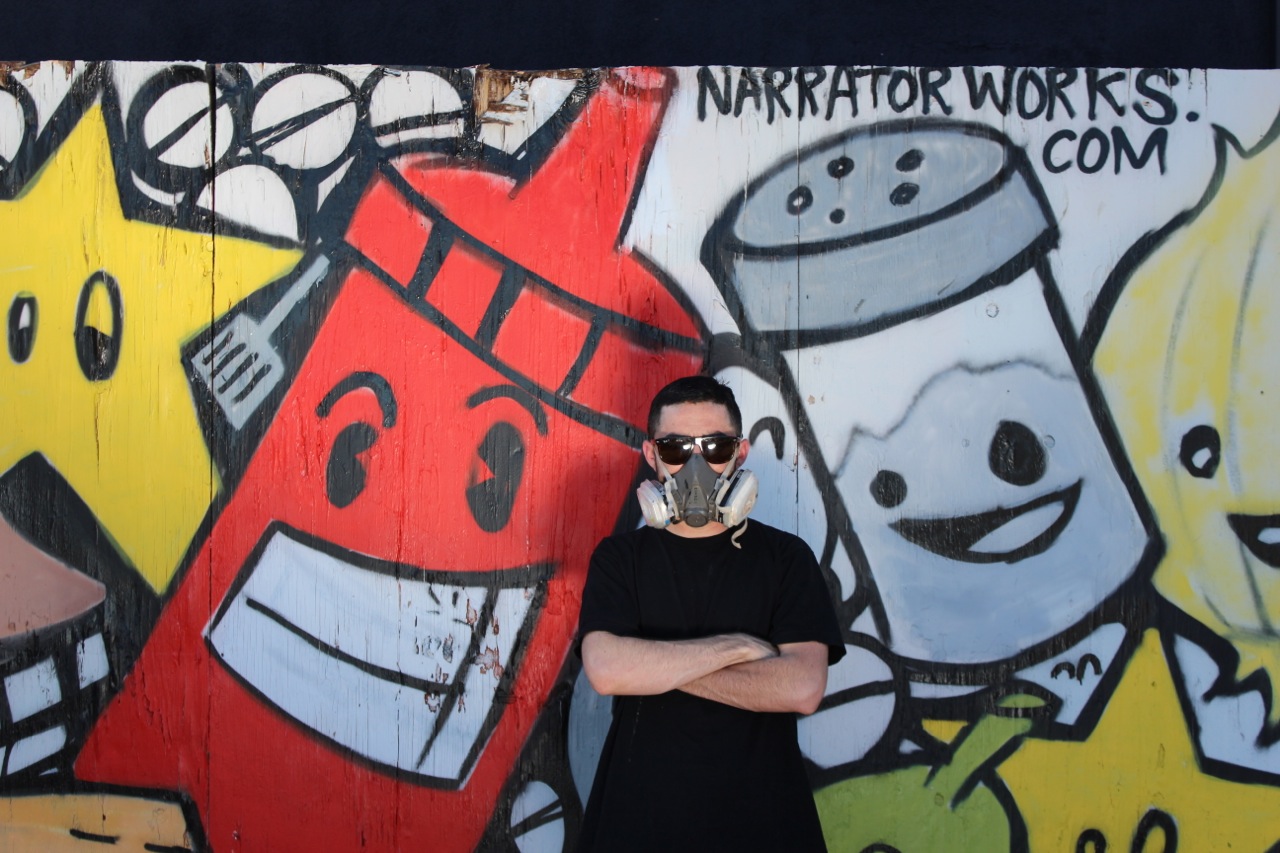 Graffiti artist Narrator was recently hired to paint a mural at Great Western Steak and Hoagie Company (pictured above) at 1720 Lincoln Blvd., Venice. The mural is not his first nor will it be his last, but it wasn’t always the case that his art has been a welcome commission in the City of Los Angeles.

In 2009 while studying fine arts at Santa Monica College, Narrator was offered a place in a mentorship program and was planning to transfer to another college. However, an early morning painting session on a wall of the 405 Freeway changed all that.

“It was 3 am and me and one of my crew were just finishing up covering a 20 foot wall on the 405,” he said. “We had done this huge block letter piece. Next thing, we saw lights flashing. We knew it was the cops so we took off up the embankment. Then the helicopter was coming down on us.”

By the time Narrator and his accomplice had made it back to their car the police had them surrounded.

“There was about six to eight squad cars, maybe 30 cops, and they had Tasers pointed at us so we kind of had to surrender,” he said. “I missed my first art show because I was in jail.”

After jail, with a felony against his name, Narrator could no longer qualify for financial aid and could not afford to continue college.

He also had debts to pay.

“I copped a hefty fine and was locked up in the same cell as murderers,” he said. “It changed my perspective. I decided it was better to get paid instead of having to pay to do what I wanted to do because I was doing it illegally.”

This is when he began holding his own art shows and doing art direction for music videos – this led to private commissions for murals.

His murals are now all around Los Angeles, at 5418 West Adams Blvd. across from Delicious Pizza, in downtown Los Angeles at a recycling center, and at recording studios in Marina del Rey and Miracle Mile.

As tough as it was doing time for his art, jail was not the worst graffiti connected incident for Narrator.

“You’re drawing on walls and you’re in these neighborhoods and they’re supposedly some gang’s territory and if these gangs see your stuff up, sometimes they’ll hunt for you,” he said. “For instance they saw one of my homies and then randomly at a party they shot him for graffiti, he claimed his crew and his name, and they just shot him point blank.”

Narrator feels graffiti artists today are akin to rappers, and the poets that came before them.

“In the beginning people don’t really like it because they don’t understand it, then in the end everybody loves it,” he said.

The artist said his works have evolved into something more positive over the years.

“Now I get a thrill and a rush when I’m doing a huge wall for the community; it’s a bigger thing,” he said. “It’s not just about me, it’s for everyone else now.”