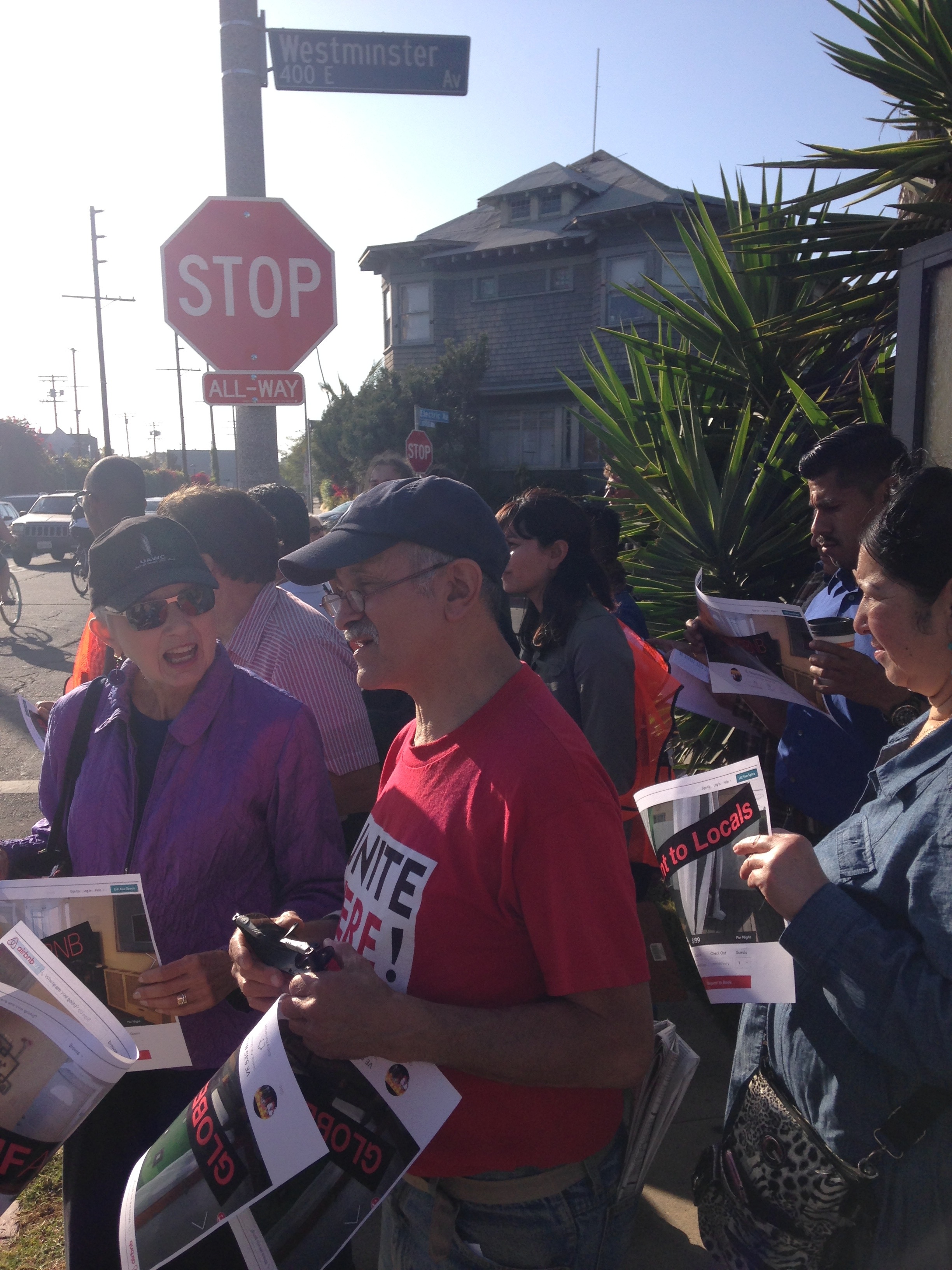 A group of over 100 people took to the streets yesterday in a rally against the proliferation of short term rentals throughout Venice.

Organizers originally only expected 50 people at the protest and while they had supplied safety monitors as the group of supporters swelled, LAPD Pacific Division sent additional officers of their own and 4 squad cars to help maintain safety.

Chanting, “What do we want? Venice Homes! When do we want it? Now!” the crowd met at the intersection of Westminster and Electric avenues at 5pm yesterday.

From there the group of passionate locals marched down Electric Avenue, to gather outside the headquarters of property management group Globe Homes and Condos. Where owner, Sebastian de Kleer, came outside to field questions from the protesters.

James Adams from Keep Neighborhoods First explained that the short term rental market is eating into the supply of affordable  housing in Venice and taking away homes from people who want to be permanent residents “who want to live in Venice, people who add to the culture and add to the community.”

“Do you think that if I give up the 50 units I manage here in Venice that they’d become affordable housing? I wish they would. I think if Google and Snapchat and companies like that would not have moved in it wouldn’t have pushed up the rent” said de Kleer agreeing that Venice did have a serious problem with the availability of affordable housing.

“The City may not be doing anything about it right now, they’re working on it, but in the meantime it’s up to individual citizens to work this out and make sure this problem doesn’t continue.” said Adams.