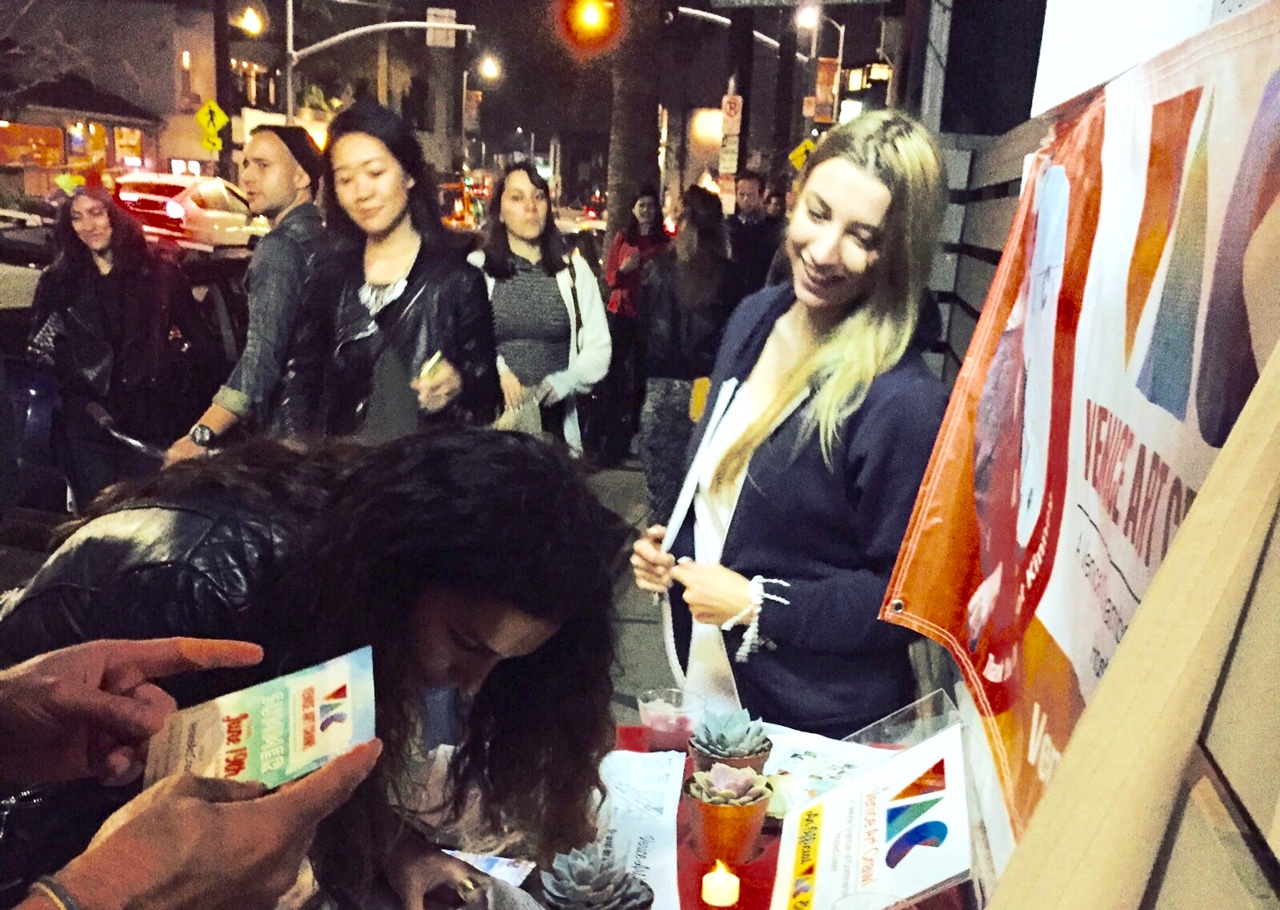 The Venice art community took over last night and a special addition of the Venice Boardwalk App played guide to the Venice Art Crawl.

Tina had trekked all the way from the valley to the event “It was worth the trip, it’s fun!” she said. She and her friend had downloaded the app and were following the map off her iPhone to the next exhibition.

Westminster was closed at Abbot Kinney for a street party and the revelry got loud thanks to a drum circle and live music.  Actors from iO West, Second City and Groundlings performed improv at the Canal Club and businesses along Abbot Kinney, turned pop-up art galleries, hosted a constant stream of ‘crawlers.

Built by locals, Evan White and Mason Lee,
after a Venice Neighborhood Council meeting with Tom Elliot (of the
Venice Ale House and Bank of Venice), the Venice Boardwalk App is now back to displaying its regular Venice attractions and special deals, including 10% off at Green Goddess. Hey, what would a Venice app be without a Kush discount!

Before you think it’s something just for tourists there are special deals locals won’t want to miss. South End at Abbot Kinney and Washington are offering 14% off and a free bottle of wine for groups of 5 or more, Venice Ale House has $5 beer specials and Menotti’s Coffee Stop at Windward Circle has a limited number of free drinks to give away.

Get the free app for your iPhone or Android www.VeniceBoardwalkApp.com/get

…and then get to Menotti’s for that coffee before the deal runs out.