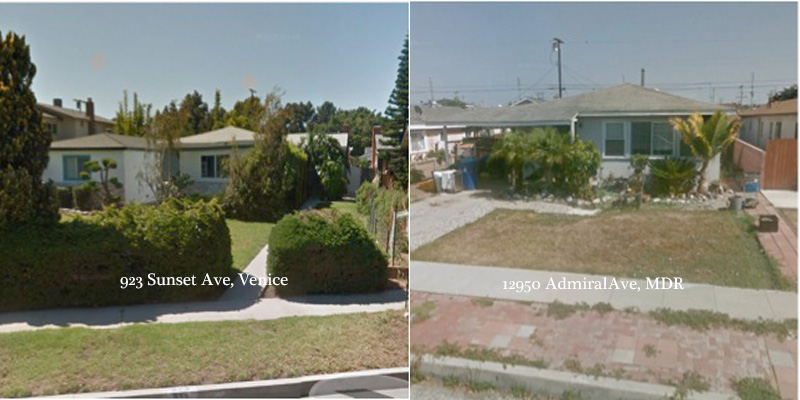 “We allege that for too long, these properties have been epicenters of drug-related crime that threatens the safety and quality of life of neighboring families,” said Los Angeles City Attorney Mike Feuer. “Enough is enough. My office will continue to fight to rid our neighborhoods of serious nuisances that can drag down entire communities.”

The Admiral Avenue property is a single family home located in a quiet neighborhood in Los Angeles approximately one half mile from Short Avenue Elementary School and Marina Del Rey Middle School, and three houses away from Glen Alla Park. The property has been repeatedly reported to law enforcement as a location used to supply narcotics dealers who sell drugs in the neighborhood and park.

Since just Nov. 2014, there have been six arrests as a result of narcotics activity at the property.

The civil abatement action seeks an injunction tightly restricting criminal activity on the property as well as prohibiting Defendant Menefee from being within 1,000 feet from the home at any time and for any reason.

The Sunset Avenue property is a single family home located in Venice located within a half mile radius of the Growing Place Childcare and School, Broadway Elementary School, Marine Park, Penmar Golf Course, Penmar Recreation Center/Park, and Oakwood Recreation Center. Law enforcement has received several complaints from neighbors about repeated narcotics and nuisance activity at the property. Since April 2014, there have been at least 16 arrests as a result of activity at the property.

The civil abatement action is seeking an injunction to prohibit the property owner and known family members and associates from unlawfully selling, manufacturing or storing controlled substances on the property. The proposed injunction also seeks to require Defendant Lynch’s son James Lynch to stay at least 1,000 feet from the property.

The filing of the civil abatement cases in the Venice-area follows the filing of two similar cases in February as part of a coordinated effort to clean up drug and gang controlled properties in Hollywood and South Los Angeles. Both matters are still pending.